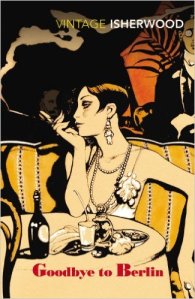 In troubled times of our own, with the rise of ‘populist politics’ it seems both sad and sagacious to be drawn back into a re-read, a fictionalised account by Christopher Isherwood, of time spent in the Weimar Republic, primarily in Berlin, between 1930 and 1933.

Goodbye to Berlin, first published in 1939, is a collection of six short stories or novellas, with a cast of characters who sometimes reappear in more than one story, all linked together by the narrator ‘Christopher Isherwood’

In a short foreword, Isherwood reminds the reader that although he has given his name to the ‘I’ narrator, we should not assume that this is purely autobiography, or that the characters with the pages are EXACT portrayals of the other people. Isherwood points out that “Christopher Isherwood” should be regarded as a kind of “convenient ventriloquist’s dummy”

However, those interested in the man and his writings certainly can read biographies which let the reader know which real individuals are being described.

Goodbye to Berlin of course also later appeared as a stage play ‘I Am A Camera’ – a direct quote from the book itself, as, very early on Isherwood states what he intends this writing to be

I am a camera with its shutter open, quite passive, recording, not thinking. Recording the man shaving at the window opposite and the woman in the kimono washing her hair. Some day, all this will have to be developed, carefully printed, fixed

And, of course, one of the central novellas in this collection is “Sally Bowles” and that particular story gave rise to the successful musical and even more successful film, Cabaret.

To return to the book, it is Isherwood’s creation of his “Christopher Isherwood” ventriloquist’s dummy – or camera – which gives the book its cool power. He casts himself, and is, the Englishman abroad, drawn to the unprovincial, dangerous, decadent, colourful and extreme life of Berlin, where personal and political morality is open, not hidden, where political extremes walk the streets, and where, quite quickly everything is in change and confusion. Isherwood makes his ‘dummy’ an interested-in-everything observer. It is the very reverse of polemic writing – though it is always clear where the writer’s mind, heart and moral judgement lies. 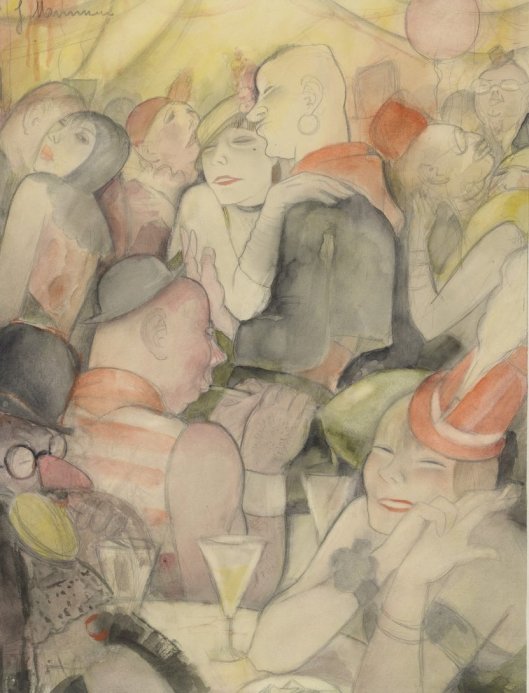 Starting in 1930, the narrator, earning his (small) living by teaching English, is staying in a not quite respectable boarding house, run by an impoverished ageing woman, who rather turns a blind eye to the fact that one of her guests earns her living on her back, whilst another, a not particularly talented cabaret artiste, is an ardent Nazi (at that time, just a rather laughable party led by a silly little man no one really expected to go anywhere). The book ends in 1933, when the silly little man has formed a cabinet, and ardency in populist politics is clearly going in the direction it does, or, as Isherwood observes, about his landlady:

Already she is adapting herself, as she will always adapt herself to every new regime. This morning I even heard her talking reverently about “Der Führer” to the porter’s wife. If anybody were to remind her that, at the election last November, she voted communist, she would probably deny it hotly, and in perfect good faith. She is merely acclimatizing herself, in accordance with a natural law, like an animal which changes its coat for the winter. Thousands of people like Frl. Schroeder are acclimatizing themselves. After all, whatever government is in power, they are doomed to live in this town

And in between Isherwood’s arrival in 1930 and departure in 1933, the writer introduces us to a brilliant mix of messy humanity. There are three major stories to follow – Sally Bowles, the louche daughter of a wealthy English family come to Berlin to be an artiste and to enjoy sexual freedom; The Nowak Family, almost on their uppers, whom Isherwood lodges with when he is so poor that he can’t even afford to stay at Schroeder’s any more, and the wealthy, liberal established German Jewish family The Landauers. 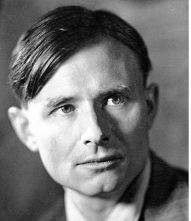