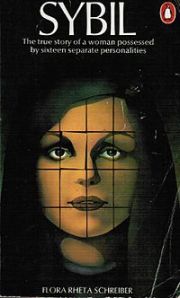 I read this fascinating account of dissociation and fragmentation into multiple personalities many years ago, but have just re-read it, after reading a completely different kind of book (a novel) which dealt with the subject, and was, in my opinion, a poor book.

It did perform the valuable service of sending me back to Flora Rheta Schreiber’s account of the psychoanalysis of ‘Sybil’ a 16 multiple personality. Sybil was analysed by Dr Cornelia Wilbur in the 1950s. Schreiber was a journalist and writer who specialised in the field of psychiatry. Her book was initially published in the 70s

It was an extremely fascinating re-read: the book had made a very strong impression on me, raising as it did questions about identity, however the re-read shows me much about my own development and understanding, as some questions which puzzled me on first reading have been answered as my own shifting perceptions about the nature of healing and holism have grown, and, perhaps, I have a greater personal understanding of the observer as an identity: a concept of the reflective mind which can stand outside the sometimes suffering deeply subjective and reactive self, and observe what is arising.

Without wishing to spoil the fascinating journey which awaits the reader of this well written book, which was written with the agreement of course of both the analysand (integrated Sybil) and her analyst, the basic overview is as follows:

Born in the 1920s into a rigid, repressed Christian sect household, in Wisconsin, with a history of mental illness, particularly on her mother’s side, Sybil had an extraordinary and terrible childhood visited on her by her mother, who was later diagnosed as schizophrenic. Hattie, like Sybil herself, was highly intelligent and creative, but her own background was also one which warped and stifled her. Hattie was a terrifyingly cruel and vengeful woman, from an early age. Sybil’s father, Willard, was complicit in his daughter’s illness, which began at the age of 3, by failing to acknowledge Sybil’s mistreatment and by being too fixated on his standing within the rigid, narrow-minded community and its hellfire-and-damnation faith. 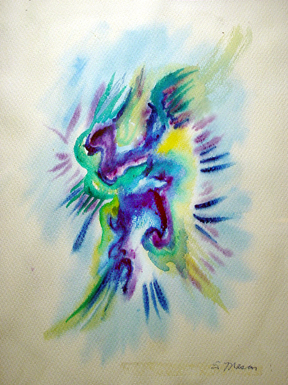 On my initial reading, I completely understood the ‘normal’ roots of multiple personalities. We are all ‘multiples’ : how often might any of us use such terminology as ‘part of me (for example) loves socialising, but another part of me craves solitude and I need to be alone for periods of time in order to stay whole ’ – so, we are all a mix of sometimes contradictory needs. Yet the ‘normal’ contradictions of part of me, part of me, are cohered into the sense that overall is an ‘I’ who contains these parts.

On first reading, I also clearly understood and had familiarity with the idea, in Jungian terms, of ‘the shadow’ – those aspects of self we might not wish to own – mainly emotions which are felt to be unacceptable or shameful. We all have shadow aspects, according to what our own upbringing and culture deems is acceptable or not – and indeed what is deemed acceptable depending on society’s view of gender, and how women or men are supposed to be.

The difference between disassociation and the conscious or unconscious holding of the shadow however, is that, however uncomfortable, for most of us, we might fly into a destructive rage and be ‘beside myself with rage’ (there’s the inherent normal arising of the shadow within our language) – an indication that the raging one stands at a slight remove from the everyday ‘me’ – but the ‘me’ always knows that however beside myself I might have been – I broke the crockery in my rage. Me, not another, I own and remember it when I calm down, say sorry – and pay for replacements!

However, sometimes, and it is particularly as a result of huge traumatic, often huge traumatically repeated early events, particularly if these occur within the family itself, and even more particularly when the family denies the reality of what the child experienced, or even dis-allows the arising emotions, then the strange way out is to split off from self, in order to allow another to hold the emotion. The original personality may NOT EVEN KNOW that this has happened. This was certainly the case with ‘Sybil’ where early dissociated personalities ‘held’ her anger and her fear, for example.

What I did not completely understand until much later, on this re-read – it had interested me for many years – is that one of her personalities, the one who ‘knew’ all the others, the observant watcher, was extremely ‘whole’ I could not understand intellectually how this attractive person was hidden from ‘Sybil’. But that was before experiencing how mind functions within meditation, and how the observer can even observe the observer observing – degrees of integration of ‘self’-and-not-self.

Even more potently, I have come to understand something which is fundamental within vitalism and holism, namely, that whatever the dis-ease, there is an inherent movement towards health within all living organisms – this is in psyche as evidently as it is in soma. The concept is that of homeostasis and balance, and is always evident, from the most structural nuts-and-bolts of biology (the skin’s ability to repair itself, for example) to the most intangible, within subtle or energetic structures.

In the light of this, the existence of those personalities who seemed MORE than the depleted Sybil made sense. The most complete of her personalities, –  of course, they were all ‘her’ – even acted as co-therapist.

Our medical model inevitably makes us focus on ‘where is the lesion’ – where does fracture or unwellness lie. This of course is extremely important – but just as important, particularly in the field of psyche, is to ask ‘where is the health, and to find that impulse to health, wholeness and cohesion which is within any living organism. Indeed, wider than that even – it is the forces within the structure of matter itself, the material universe, which contains the binding together and the flying apart.

What a very valuable new as well as revisited journey this fabulous book gave me!

‘Sybil’ (her true identity within the book was kept hidden, Dr Wilbur’s identity is what it was – and all 3 women are now dead) was also turned into a couple of made for TV movies. 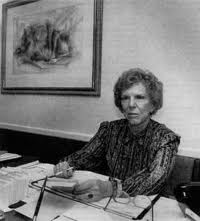 Sybil’s story continues to haunt and stir up controversy. After all three women (‘Sybil’ herself, her analyst, and the writer of the book) had died, a book was written claiming that the 3 women had perpetuated a hoax. It is of course interesting that the writer of THAT book did not write her book until the participants were no longer able to answer back – or sue!

Another writer who befriended ‘Sybil’ wrote a book which verified the original story and included further testimony from people who knew ‘Sybil’ and her family. This book also refutes the evidence presented in the ‘hoax’ book. Clearly, one part had some agenda, and both the readers of the original book, the hoax book and the refutation of hoax book will be convinced, or not convinced, and become partisan of one side or another – or say ‘whatever’

This feeds into debates about ‘false memory syndrome’ – sure, absolutely FMS does exist, and highly suggestible subjects can uncover ‘memory’ can seek to ‘please’ a therapist by giving them the story they expect to find. To acknowledge that however should not negate stories of childhood abuse. There has been a tendency for hardline ‘false memory syndrome’ champions to therefore say all stories of this ilk are false.

Sybil’s own story links with this – and the existence of ‘multiples’ – now described as the more clinical dissociative personality disorder, has, with reclassification, been similarly questioned as to its integrity.

That there was real warmth and trust which developed between Sybil and her therapist, so the relationship became as much friend as doctor patient, is obvious. Sybil certainly was dreadfully damaged by her childhood, and her therapist, who related to her less clinically than most mainstream analysts would these days find professional, may make a modern practitioner hiss in disapproval. But it has always also been true that, if it is in the best interests of the client, some ‘rules’ may be better broken, on very rare occasions ‘Boundaries’ are an important, crucial cornerstone of practice. However Dr Wilbur’s clear regard for Sybil (and the Sybils) as a person, rather than purely coolly offering support and encouragement and acceptance to a client because of professionalism, seems to have been quite hugely instrumental in Sybil’s healing.

Its important to say the ‘broken boundaries’ were not in any way abusive, or exploitative, but Wilbur and Sybil (and Flora Rheta Schreiber) became friends and met outside the therapy sessions. Not something which most therapists would feel appropriate, but in this complex case, Sybil, who had never trusted, who became afraid of all intimacy, learned she could trust in large part through Wilbur’s friendship, encouragement and support outside sessions. Wilbur even treated Sybil for free for a long time, and this was an act of faith FOR Sybil that at some point, she would heal enough to work, to express her creativity and be paid for it, and so in the end be able to pay for those sessions

Wilbur had hidden Sybil’s identity. The later books reveal Sybil to have been Shirley A. Mason 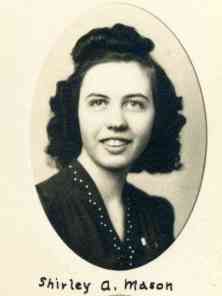 As stated above, I was fascinated by this book decades ago, and still remain so