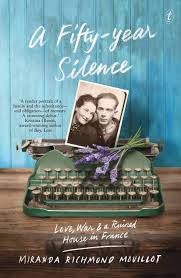 For the love of France, and of Family

Simply, I loved this book, though it took me quite some time to realise that.

Miranda Richmond Mouillot, an American woman whose maternal grandparents were Jews living in France at the time of the Second World War, was driven to discover the truth about the effects of that devastating time on her grandparents, individually, and on their relationship

Her grandparents had a seemingly rather unusual story : they met, at some point in the 40s, as two very different people, trying to make sense of themselves in a time and place without sense. Anna was a doctor, specialising in lung medicine. Armand did not have such a clear vocation, although later he was an interpreter at the Nuremburg trials (he spoke German as well as French) More specifically he was one of the interpreters and translators involved in translating Goering’s spoken testimony. 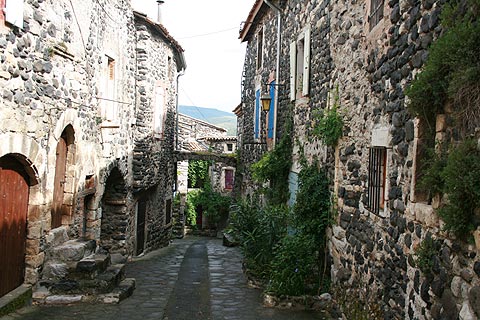 At some earlier point, as part of a group of Jews trying to stay a step ahead of the Nazi occupation of France, the two met. Actually, they seem to have met, lost contact and made contact on a few occasions. It is assumed that they fell in love. They certainly married and had two children. And at some point bought a house in Alba-la-Romaine. However, something hidden, not addressed by either, some family secret, happened in that marriage, and after a very short period Anna left France with her children, and the two never spoke to each other again, though certainly Anna’s daughter, Miranda’s mother, and Miranda herself, stayed in contact with both of them. Armand moved to Switzerland. Armand particularly would neither speak to, nor about, Anna. Mention of her threw him into cold rages

Anna and Armand in happier times

Miranda needed to understand what had happened in her family, but for more than purely individual reasons.

The book is her quest, through visits and conversations with her beloved grandmother and her more distant, erratic grandfather, to get to the narrative of those lives – and the lives of others, in that time. Through her own experience as the grandchild of European Jews, she shows how the dark events of those times still continue a presence handed down to later generations.

….my grandparents were hounded not only by the memory of what they’d lived through in the war, not only by the loss of all that had been destroyed in those six years, but also by the exhausting injunction, “never forget”

The book is fascinating as a piece of investigation, but is much more than that. There is the objective truth which might be provided by records and the like, and then there are the personal stories, the memories which overlay the stories, and indeed may come to feel more real than what may be indicated by records. There is something also, mysterious, some sort of ‘collective unconscious’. For example, Miranda’s potent, overwhelming response to the sight of the dilapidated, decaying, neglected house her grandparents had bought half a century earlier – her sense of coming home. 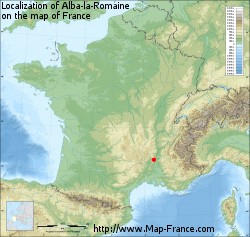 I’m not revealing any of the rather complex personal stories which Miranda found, as answers to her quest, as that is the reader’s journey to make. There is also much that she failed to discover, and the failures, the not-knowns, became in the end as potent as what was known, in terms of what the whole process of finding precise causes and effects to her family mystery, means to the one desperately searching for meaning. It’s about the journey, the reasons we have for making and needing a journey, not about the revelations of solution to mystery. Indeed the mystery of that time, goes wider than purely the narrative , or attempt at a narrative, of one particular family; so much of what happened in Europe at that time still seems beyond any rational comprehension

Castle, Alba (and, no this wasn’t the dwelling Anna and Armand bought!)

Mouillot writes very well – and, at times, but not too often, she writes beautifully, arrestingly. And what I mean by that, is that the reader is along for the journey, and from time to time the author will make a comment which stops the reader in their tracks, and makes them think – often a statement which needs to be reflected on, and sometimes a passage of description of the landscape, the country, the people, which rather grabs the reader by the heart and takes them inside the experience she wishes to help us feel.

As I progressed deeper onwards through the book, I found myself, often, with tears pouring down my face, because something of the heart of the experience of ‘another’ – other lives, had struck me. And I did not always rationally know where those tears had come from. In the end, I discovered pages and pages of highlighted text, where Mouillot had made me pause, pause, pause again and understand something of experiences of another time and place, filtered down the generations.

Who could wear a wedding band after learning of the stacks of them stripped off perished fingers? Who could read by the light cast through a lampshade?

This is a very tender book, soulful and authentic, and took me to many more reflective 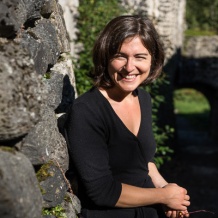 places than I initially expected. Recommended without reservations

This is released on the 28th January to download and in hardback in the UK, and in America on 20th January. I received it as an ARC from the publisher, via NetGalley.

And I’m grateful to Cleopatralovesbooks who alerted me to this one on one of her Friday Finds memes, last month