Behind lace curtains in genteel South London, circa the early 1920s

Although I still feel Sarah Waters never equalled two of her Victorian set novels, Fingersmith and Affinity, this may be partly because most authors have a certain pattern to their work, and if a reader has a familiarity with that author, sooner or later they will be aware of their particular tricks and habits. By the time I read her first novel, Tipping the Velvet, which I found disappointing, and her second world war novel, The Night Watch, she had become predictable, even a little tired, to me, and the rich, complex, exuberance of the first two I read, and their cast of unique, properly quirky and layered characters, so typical of Dickens, Thackeray and Collins, had fallen away into something more run of the mill

I hesitated whether to read The Paying Guests, due to mixed reviews. In the end, I was glad I made the journey, even if this did not properly fascinate until the Second Section.

Set in London just after the First War, Frances Wray and her mother are sliding into genteel poverty. Frances’ brothers were killed in the trenches; her father had made bad investments, and his death leaves the two women nearly penniless. They have a large house, and decide to let out the top floor. Leonard and Lilian Barber, a upper working/lower middle class couple move in.

The slow first part of the book, where I felt most predictability was happening, was the inevitable move towards the major relationship. Complete with  several sessions involving a lot of heavy breathing and rummaging beneath clothes which has to be extremely furtive, because deeply shocking and forbidden. Etc.

I did find myself also having to fight off a constant voice which was saying `this is post First World War – why didn’t Frances get a job?’  as a solution for their scrimping poverty.  The First War certainly saw the start of women really coming forward in the workplace, so it felt strange that this was not something which seemed to be in anyone’s mind, even more so when a couple of Frances’s friends, from the same class, are in the workplace. But of course, if she had got a job the narrative would not have had the time and space for the secret assignations to happen. 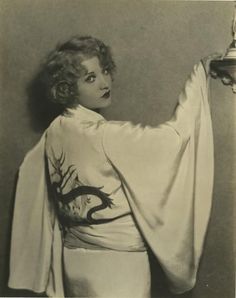 Eventually, there are a couple of quite horrific and cataclysmic events which then take the novel into much darker territory, and that is when I began to find my interest was really engaged, and the book moved away from being a bit Mills and Boon/Black Swan formulaic, and became something much more psychologically intricate – the effects of guilt, shame, terror of discovery, the agonies of conscience, the conflicts between courage and fear, and how shared guilt can destroy relationships.

Although this was all terrific stuff, I was not sufficiently swept up by the novel to stop myself having some questions about realism. Some of which can’t really be explained, due to spoilers. However, there is a section which does demand huge physical strength and fitness, and one of the people who needs this has come quite close to shuffling off this mortal, and it seemed pretty impossible that they would have been able to carry out the task. The `wrap’ of the book also seemed a little contrived; after the tremendous build-up of the psychological journey the central characters were making, it almost felt as if Waters had run out of steam. There is a long courthouse sequence, and how that resolves, did not feel quite as expected. It felt like an ending Waters wanted for the characters, rather than an ending true to reality

This all sounds as if I’m not recommending Waters’ book – well that isn’t the case, it is I think a strong read, just that for me the most interesting and satisfying parts of the novel were after Frances enters the world of the conflicts between self-interest and survival, and the powerful voice of conscience. For me. the bodice heavings before that point, and the resolution at the end pulled me away from surrendering, but there is a great chunk of wonderfully subtle and knotty twists and tugs of contrary feelings, thoughts, desires in the centre of the book, where the central characters and the various clashes of the fine gradations of the English class system made for a compelling read.

This is certainly a book stirring up a fine number of very differing viewpoints, I came to it on the back of an excellent review by Cleopatra Loves Books, who made this one of her books of the year.

And (in my view anyway) those loving the book and those not so loving the book are writing well argued reasons for their responses, sometimes divided by opposite opinions about the same matters. And that is also the case with professional reviews on some of the more lit ficcy papers, as well as us passionate reader bloggers. So whichever way opinion falls, there is a lot of satisfying reading to grapple with here!

I’m also fascinated by the very different ways marketing has been targeted, by the 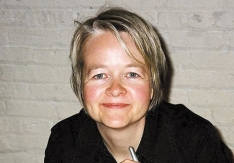 different dust jackets in the UK and (left side) and the States (right side) Europe has chosen to emphasise a noir, thriller aspect, with the dust jacket even looking like the poster for an early Hitchcock movie, whilst the American version suggests tasteful erotica, with its elegant black and white arthouse look