Sometimes you come across a book which is so wonderful that reading it is as much of a sorrow as a pleasure – especially when the end of the book begins to come in sight. 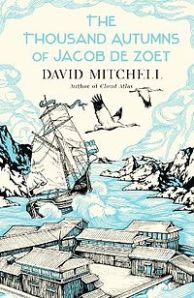 offering by David Mitchell is just such a book. He really is a quite extraordinary writer, his prose is beautiful and clear, extremely well-crafted, at times poetic, without seeming forced or contrived. There is a crystalline, lucent quality to his work, and great and refined tenderness. He’s a writer with vision, intellect and heart. And a quite extraordinary ability to metamorphise into different voices – this was stunningly evident in his first book, Ghostwritten.

In this, his fifth, he stays with one narration, but there are 3 major protagonists in the story; the subtlety of his writing shifts the perspective so that the reader is drawn into all three, separate, stories, and can find each character fascinating, layered and moving.

The book is a kind of love story, in the fullest incarnation of what a story about love might mean. Japanese, Dutch and English culture and history collide as individual stories are unfurled.

Set in an island off mainland Japan in the late 18th and early 19th century, the research which Mitchell has done must have been prodigious, though he wears his learning lightly and the reader absorbs much information without pain. There is a combination of great delicacy in the writing, and some very graphic and visceral descriptions of medical procedures, beautifully done, even though inevitably they are shocking.

Towards the very end of the book, there is one chapter, the 39th, where the writing is of such assured mastery and beauty, and the narrative so profound and full, that it almost becomes impossible to imagine being able to read a book by another writer. Mitchell has exceeded all the accolades he has garnered.

When I reached the end of the book I burst into tears, at an ending so right, so tender, so truthful.

Apparently the book took 2 years to gestate. So I guess there may be a long wait for Mitchell no 6. Time enough to re-read his entire canon.

Mitchell has the most beautiful understanding of human nature, its frailties and its 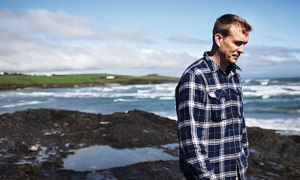 glories, and a mastery of the craft of writing equal to the high content of his work. Style AND substance, by the barrel load

I was reminded how much I value Mitchell’s writing, and this particular book, by coming across another blogger, reviewing her past wonderful reads, and this was the one: see Roxploration’s review of it