From the Dark Side of The Psyche 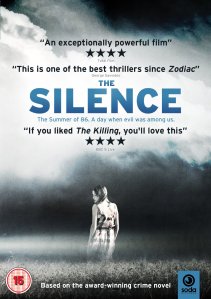 Don’t expect ‘The Killing’ despite the DVD publicity cover by-line – this is not a who-done-it, it’s not even particularly a why-done-it (though that does get revealed,though its isn’t particularly the point of the film) The crime and the perpetrators are clear within minutes of the start of the film. The journey of the film is the effect of the rape and murder of a child upon the lives of the community – a bit like dropping a stone into a pond, and setting off wider and wider ripples. It isn’t an on-the-edge-of-your-seat sort of film, its a settling ever more steadily into darkness, dysfunction, despair. In keeping with the title of this German-with-subtitles film, there is indeed a lot of silence. Not just between people, but also a lot which goes unsaid, underneath the words which are being spoken, and also the silence within a person, trying to bury thoughts and words and memories which are horrific, foul or unbearable.

A very uncomfortable subject indeed – paedophilia, the rape and murder of a child opens the film, and the investigation of that crime, and the ‘copycat’ crime 23 years later is the exterior journey. The audience knows everything about this very quickly, so what we watch is character and relationship, and the exposition of damage. Perhaps startlingly the perpetrators are also handled with a judicious and cool eye. We, (the audience) are not allowed the comfort of purely dismissing them as monsters – horrible and unforgiveable though they are – they are shown to have the same need for connection with another human being as we all do. The director and actors manage a very difficult balancing act here. The crimes are appalling indeed, and we are asked, not to condone or to forgive the perpetrators but to nevertheless recognise that the ‘monster’ is an ordinary person as well as monstrous. The film flings the sometimes awful, uncomfortable truth that we want the good to be rewarded, the bad to get their just deserts, but life itself is not so tidy. Unlike Hollywood, there are no ‘wraps’; whatever happened, goes on happening.

To add to the disturbance, there are scenes of bright primary colours, yellow cornfields, blue skies, in fact the brightness of the colours are almost sickeningly so at times, whilst other scenes are shot very very darkly lit indeed. Uncomfortable viewing indeed, but again, unlike Hollywood splatter gore-fest films, this is in no way a gratuitous or sick film; its grimness is in its refusal to give the audience release, any more than the characters in the film are allowed release or ‘closure’. Sometimes, refusal to ‘resolve’, leaving the viewer uncomfortable and disturbed, is what makes a movie work.

I received this as an ARC from Amazon Vine UK