Gardam’s wonderful first novel – I Capture The Castle got a deal darker, and somewhat weirder 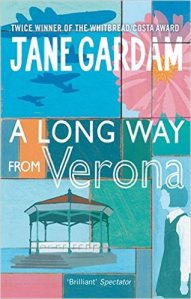 Jane Gardam is a most felicitous, and most English writer; one of pleasing quirk, wit, eccentricity and fine observation.

This novel, published in 1971, astonishingly her first novel, with its nearly thirteen year old narrator, Jessica Vye, even more astonishingly won an award twenty years later from the Phoenix Association, as ‘the best children’s book published twenty years earlier that did not win a major award’. – my astonishment is with that ‘children’s book’ the level of sophistication, wit, intelligence and nuance in the writing speaks also to a very un child audience. Gardam is a world removed from the film tie-up narrative action obsession which many (of course, not all) YA books seem to be geared to.

Jessica, first person narrator, is the daughter of a schoolmaster who ‘discovered a calling’ and is now a junior vicar. The book is set during the Second World War, in Cleveland, Tees-side. It is a world of great social divides, and she is of course from an impoverished, cultured, deeply moral family.

I ought to tell you at the beginning that I am not quite normal, having had a violent experience at the age of nine. I will make this clear at once because I have noticed that if things seep out slowly through a book the reader is apt to feel let down or tricked in some way when he eventually gets the point

Now, I must admit, with a quite ‘lost my innocence, twenty-first century head on’ I thought that beginning was going to herald some tale of child molestation or other abuse.

Not so – Jessica, aged 9 has a cataclysmic experience when a poet visits her school, and informs her

JESSICA VYE YOU ARE A WRITER
BEYOND ALL POSSIBLE DOUBT

This is an utterly delicious book. For the first third I was laughing immoderately, and the influence of another wonderfully witty English writer – Dodie Smith, I Capture the Castle – was very clear.

But Gardam goes into darker territory – just when you think you have the measure of the book. Jessica is certainly quite an odd child, there is an awkwardness about her, socially. She has something of the misfit about her, and, though nothing is ever spelt out, the reader might imagine that grown up, she might have a great fragility, and, perhaps keeping a tight grasp on sanity might, at times, be a challenge. Not only is she a little strange, something of an outsider, but she is drawn, as a child, to less than conventional adults. 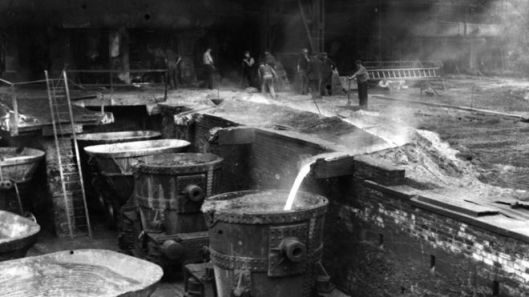 The intensities of religious faith, as well as the intricacies of class, not to mention the fervour (and humour) of messianic communism feature largely in this book, as good works and visiting the slums happen, all against the background of air-raids and rationing.

In none of this does Gardam (or Jessica) lose her quirk, wit and lightness of touch

This is one of those wonderful books that utterly amuse, utterly enchant, whilst at the same time presenting the reader with the bottomless chasms and impossibly charged heights of rollercoaster early adolescence.

Here is Jessica, crafting a poem whilst worrying about the awfully grown out of dress she is going to have to wear to a house-party which her mother insists she must attend, given by church colleagues of a higher status

‘As merman weeping in a seaweed grove,
As sorrowing dolphin on a silver strand….
I stretch my hands and cry for life and love.’

I read this through and was extremely pleased with it. I wrote a few more verses and then went and looked in the wardrobe. The viyella hung like a dead bird. It had little round pale-blue flowers all over it and pale buttons and puff sleeves. I went back to the poem and read it again. It was dreadful

This is certainly one for me to keep on my shelves, and return to at intervals when 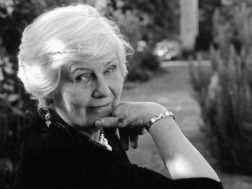 delight in an easy-read, wonderfully crafted book is needed

As Gardam herself grew up in that part of the world, at that time, and is of course a writer, there is indeed a sense that her own experiences may have been the inspiration for this book