Between extremities
Man runs his course;
A brand, or flaming breath.
Comes to destroy
All those antinomies
Of day and night;
The body calls it death,
The heart remorse.
But if these be right
What is joy?

A tree there is that from its topmost bough
Is half all glittering flame and half all green
Abounding foliage moistened with the dew;
And half is half and yet is all the scene;
And half and half consume what they renew,
And he that Attis’ image hangs between
That staring fury and the blind lush leaf
May know not what he knows, but knows not grief

Get all the gold and silver that you can,
Satisfy ambition, animate
The trivial days and ram them with the sun,
And yet upon these maxims meditate:
All women dote upon an idle man
Although their children need a rich estate;
No man has ever lived that had enough
Of children’s gratitude or woman’s love.

No longer in Lethean foliage caught
Begin the preparation for your death
And from the fortieth winter by that thought
Test every work of intellect or faith,
And everything that your own hands have wrought
And call those works extravagance of breath
That are not suited for such men as come
proud, open-eyed and laughing to the tomb.

My fiftieth year had come and gone,
I sat, a solitary man,
In a crowded London shop,
An open book and empty cup
On the marble table-top.
While on the shop and street I gazed
My body of a sudden blazed;
And twenty minutes more or less
It seemed, so great my happiness,
That I was blessed and could bless.

Although the summer Sunlight gild
Cloudy leafage of the sky,
Or wintry moonlight sink the field
In storm-scattered intricacy,
I cannot look thereon,
Responsibility so weighs me down.

Things said or done long years ago,
Or things I did not do or say
But thought that I might say or do,
Weigh me down, and not a day
But something is recalled,
My conscience or my vanity appalled.

A rivery field spread out below,
An odour of the new-mown hay
In his nostrils, the great lord of Chou
Cried, casting off the mountain snow,
`Let all things pass away.’

Wheels by milk-white asses drawn
Where Babylon or Nineveh
Rose; some conquer drew rein
And cried to battle-weary men,
`Let all things pass away.’

From man’s blood-sodden heart are sprung
Those branches of the night and day
Where the gaudy moon is hung.
What’s the meaning of all song?
`Let all things pass away.’

The Soul. Seek out reality, leave things that seem.
The Heart. What, be a singer born and lack a theme?
The Soul. Isaiah’s coal, what more can man desire?
The Heart. Struck dumb in the simplicity of fire!
The Soul. Look on that fire, salvation walks within.
The Heart. What theme had Homer but original sin?

Must we part, Von Hugel, though much alike, for we
Accept the miracles of the saints and honour sanctity?
The body of Saint Teresa lies undecayed in tomb,
Bathed in miraculous oil, sweet odours from it come,
Healing from its lettered slab. Those self-same hands perchance
Eternalised the body of a modern saint that once
Had scooped out pharaoh’s mummy. I – though heart might find relief
Did I become a Christian man and choose for my belief
What seems most welcome in the tomb – play a pre-destined part.
Homer is my example and his unchristened heart.
The lion and the honeycomb, what has Scripture said?
So get you gone, Von Hugel, though with blessings on your head.

I have had, for a time, an uneasy relationship with W.B. Yeats. He was an early (though, thankfully not lasting) casualty of academia. Yeats was an intensive and obligatory part of my degree, and the detailed dissection with literary scalpels killed the life in the poetry stone dead. Yeats and Chaucer lay side by side, dismembered. Yeats was lucky, he inhabited only a shallow grave, but my resistance to digging up Chaucer’s bones continues to this day.

I was probably one of the luckier ones: some perhaps found it impossible to approach literature with joy and excitement ever again. One permanent corpse seems like a small price

Yeats began to rise and speak again to me quite soon, and this particular poem, Vacillation, from his 1933 Collection, The Winding Stair and Other Poems, was one of the ones which brought me back to hear his complex, beautiful voice 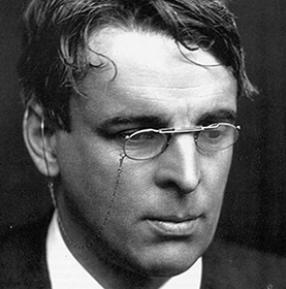 I was going through the almost obligatory early twenties state of existential unease, reading Sartre, Camus – and alongside, a lot of Colin Wilson’s non-fiction – starting of course with The Outsider, which focused on some writers I loved. But Wilson, alongside alienation was also looking at its opposite – connection. His writing introduced me to the work of American psychologist Abraham Maslow – which immediately struck a chord. 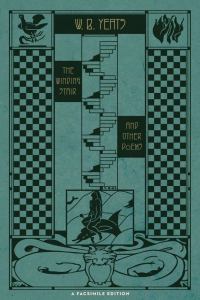 Western psychiatry, like Western medicine seemed focused on the damage, the lesion, the woundedness of the psyche. Maslow was championing a focus on the health. I suppose he was an early proponent (or a hangover from a much older tradition) of what might be called holistic medicine. Maslow was interested in studying the psychology of the healthy, recognising that this might be something which might be emulated, and, in terms of psyche, found within us all.

Maslow referred to the ‘A-Ha!’ moments, what he called Peak Experiences – that sense of coming right, being in the flow, somehow expanded into a world of meaning, connection. It’s the other side of the coin to that alienated disconnect, the sense of sickness, wrong, discomfort in one’s own skin and the skin of the world.

What has this to do with Yeats? (I can hear the muttering at the back)

Well, as Wilson was writing about Maslow, and Peak Experiences, he illustrated this with four lines from Vacillation, which resonated, profoundly, with me, and not only sent me back to Yeats, but have also been lines rather carved into my being

Yeats wrote the poem, a long and complex one, in middle age. In his 50s, he had long moved away from his sojourn and sympathy with Revolutionary Ireland, away from the lilting misty green lyricism. Politically he had moved rightwards (another reason for falling out of my favour!) in many ways. His poetry felt difficult to me.

In Vacillation, Yeats is looking back and forward on his life. He manifests much cynicism about the world – look at that cynical snarl in the first 3 lines of stanza III

Get all the gold and silver that you can,
Satisfy ambition, animate
The trivial days and ram them with the sun,

But, it is that 4th stanza, for me, the heart of the poem, and a wrenching into reality, that flames into clarity, particularly the last four lines, which are so potent – and something which resonated most powerfully for me:

My body of a sudden blazed;
And twenty minutes more or less
It seemed, so great my happiness,
That I was blessed and could bless.

The language is unerringly simple, almost trite with its rhymes, but the meaning, profound.

And the placement of it, in the midst of some complex dialogues between Heart and Soul, within classical allusions Attis, Lethe, not to mention the Lord of Chou and von Hugel, the reference to whom is by all accounts linked to a book contrasting Homeric and Christian symbolism, is also potent.

There is the complicated surround, a kind of tangle of intellectual, philosophical themes, which almost pushes away and alienates the casual reader – and then, suddenly, in stanza 4, there is the recounting of the most ordinary of events, a prosaic normality, sitting in a café in London – and suddenly , blazing, being blessed, being able to bless.

By setting the A-Ha! The Awake! In the middle of the prosaic, Yeats acknowledges the absolute ordinary extraordinariness of those rapturous, graceful moments where suddenly we arrive at a sense of meaningfulness.

Those four lines have become a kind of mantra for me – a sense that however dark and alienated and full of ‘trivial days’ the world can sometimes seem, or us within that world, those pockets of twenty minute blaze are as much of reality as the sense of alienation. And, I believe the ‘blaze’ trumps the alienation, because the blaze also enfolds and acknowledges the alienation, the sense of blessed and could bless encompasses the knowledge of disconnection, whereas the disconnected moments cannot remember and hold the possibility of the other

And, in an irreverent conclusion, Yeats is clearly advising all of us to keep reading, and to keep reading in cafes: they are clearly excellent for the bless bless moments of awakening! 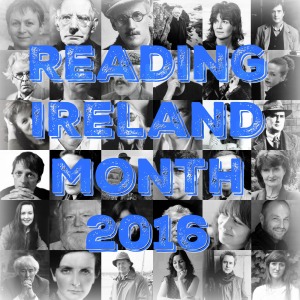 So, this Irish poet, reminds me, in Reading Ireland Month, how poetry is one of the provokers of the ‘super-reality, awake, awake!’ experience

Here is Yeats, near the end of his life, reading three of his own poems