Golden lads and lasses must, Like chimney sweepers, come to dust 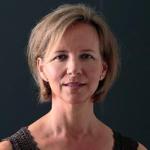 In this novel based on the lives of Zelda Sayre Fitzgerald and F. Scott Fitzgerald, using published materials by both, and biographical material, novelist Therese Anne Fowler recreates the roaring twenties, and the golden couple, who flew far too near the sun, and burned, whilst burning each other.

Fowler makes an interesting point in her Author’s Notes and acknowledgements:

“Where the Fitzgeralds are concerned, there is so much material with so many differing views and biaises that I often felt as if I’d been dropped into a raging argument between what I came to call Team Zelda and Team Scott.”

This struck a chord for me. During my late teens I was obsessed with F.Scott’s writing. And read everything, including biographies which must definitely have been written by Team Scott, as well as Zelda’s novel. In many ways, dying fairly young, burnt out through alcoholism, and with Zelda’s schizophrenia (which was probably misdiagnosed, more likely bipolar disorder) and also her wild drinking history, the charmed, excessive, damaged couple would probably have been particularly attractive figures to the dramatics of adolescence. 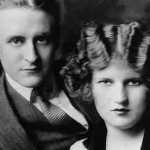 Huge talent, yes – but it is the self-destruct which blazes and attracts.

A glittering success in his early 20’s Fitzgerald used his own life, and the shallow mesmeric round of shocking the conventions, to fuel his fiction. The early books reflect this.

And then of course he wrote The Great Gatsby.

All the reading I did put me firmly in Scott’s camp. Reading Z, and reawakening my 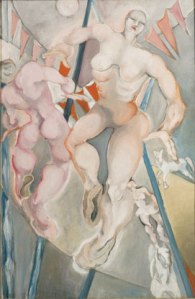 memory of all that earlier reading, I’m a little shocked how little I empathised with Zelda. She was brought up in a time and place where `the husband’ was worshipped and indulged and forgiven. Zelda had artistic talent herself, both as writer and artist. Some of her stories were published under Scott’s byline or as joint writings – purely because they could be sold for substantially more than if they were sold as Zelda’s. Sure, they were both outrageous spendthrifts, young and shallow in many ways – and times were changing. There were women who were beginning to make their own way, their own name, realise their own creativity. Several of them were lesbian – Stein, Djuna Barnes – but for the married woman of sensitivity and creativity and independent thought, past upbringing, coupled with masculine thinking that wives SHOULD have as their highest goal their husbands well-being – the world was a hard place

This is a magnificent read – its plunged me back into material I knew well, but slewed it round in a different direction. In another time, born 50 years later, maybe Zelda would have achieved something more for herself

You don’t HAVE to be familiar with F. Scott’s writing to enjoy this, but it certainly adds layer and depth if you do.

Just one warning – this is a book of 375 pages – clearly the publishers were chary of publishing a book of 500-600 pages – which is what this WOULD have been, given normal font size. The type is miniscule – 8 or less- it will probably be best read on an eReader, where it can be put into normal size!