As some may know, I recently read a book which I felt was exceptionally poor. I don’t get pleasure out of ripping a not very good book to shreds, and normally would have abandoned it within a few pages and therefore never have bothered to review it anyway

But as this was an ARC, and the trade-off for the freebie WAS to write a review, I persisted (getting crosser and crosser) till I felt sure I had enough good reasons to explain my dislike of the book

But interestingly, that very poor book, in its own way has served a useful purpose – it has given me as much food for thought as a very good book – and probably more than a pleasantly okay book, about various aspects of the writing of fiction

Something I found offended me deeply was the using of a character like a pawn, to be whisked round here there and everywhere and made to do all sorts of things to serve the author’s purpose. Well, of course all characters in a novel, or a play, or a story, MUST serve a purpose – but the best writers seem to create characters that you feel have almost become a little bit alchemical, and seem to exist outside the writer’s mind. Who is writing whom? Many writers talk of a sense of a character taking on its own life. They started with one idea of the character, but somewhere along the line it gets to feel as if maybe the writer got possessed, and manipulated, by his or her creation.

Then we start to hear not just the AUTHOR’s voice – but the character’s clear and true voice.

The author needs to in some way to surrender to his or her characters, allowing them to breathe for themselves

THAT book was the absolute reverse. Characters served some fixed and sloppy idea the writer had – and were made to do things which were totally implausible and totally wrong. I felt angry on the character’s behalf. Or, more properly, not THE character, as I had no sense of empathy with any character, but was angry on behalf of truthfulness of time, place, culture and character itself. 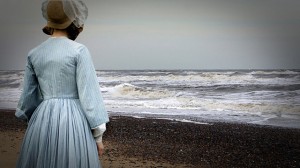 The book was set in Victorian England, and virtually every major female character, including the unmarried middle class ones, were casually having sex. This felt utterly disrespectful of truth. Of COURSE I’m not saying that people at that time did not depart from ‘approved morality’ – but if you do step outside society’s norms, there is bound to be some sort of internal struggle or conflict between flouting upbringing and received ideas. Sure, ONE character might challenge norms because of who they are individually, but if everyone is doing it, the writer has not properly inhabited time or place. His or her failure is a severe failure of imagination. And what is being imagined, when time, place and character are created. Why – it’s an act of some sort of empathy. Can I imagine how THIS person might feel, being themselves, in this time, this place?

And of course, that act of empathetic imagination doesn’t necessarily just end up confined to human beings in real times and places. It’s JUST as important when new worlds and creatures who don’t ‘really’ exist are created.

I remember, very fondly, a book from childhood, one of Tove Jansson’s Moomintroll series, Finn Family Moomintroll. What made this work so magnificent was the reality of the characters. The vaguely hippo looking Moomins and Snorks, the earthwormish Hattifatteners and the rest never existed, but, oh my, they were true to themselves and their nature.

Of COURSE outlandish words can escape from a dictionary, once placed in a waste-paper basket which is not really a waste-paper basket at all – but, heavens, a magician’s lost hat. And you WOULD end up clearing the words from crevices and the floor for WEEKS, wouldn’t you?

I still remember (and can inhabit) Moomintroll’s pain that the solitary and self-sufficient Snufkin (a happy introvert) will need to go off on his own exploring for 6 months. And Moomintroll (and I) will miss him and be listening out for the returning sounds of ‘All small creatures have bows in their tails’ I learned a lot about loss and enduring it from Finn Family Moomintroll. AND the part of me that is forever Snufkin as well as Moomintroll!

And then…………from the worst, there are the best, who perform that act of imagination and empathy so well, that they can force you to see the world through the eyes of the very worst of people. They can make you inhabit those who make horrific choices, without excusing or condoning those people in any way.

I’m still (more than 6 weeks on) unable to let go of Patrick Flanery’s Fallen Land, and the extraordinary ability he had to write a monstrous character from the inside, without ‘commenting on him’ so that whilst knowing from the off that we had someone ‘evil’, I understood from inside the drives that had created that evil, how what was good and even noble turned bad.

It’s why, much as I love Dickens, he sets my teeth on edge with his ‘sainted’ female characters. Dora and Agnes in David Copperfield feel much more stuck inside an unreal sugar picture of women on a Victorian pedestal (an illusion) than an act of imagination by an author writing from the inside of their real lives. A painting of the surface, by an author at a distance, rather than an inside looking out.

Perhaps, at the time, it was a myth everyone longed to believe in. Our own time almost seems to function in reverse; we find it easier to understand the shadow side, and search out the flaws. But that is another story…………… 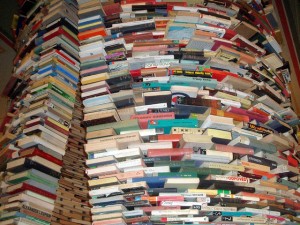 I was talking with a friend recently about the overwhelming number of books (not to mention digital books) on offer, and the impossibility of keeping on top of what is out there, and what, from the huge pile, one might actually want to read.

I know this is not in any way an original thought, but there are times when the choice between 100 brands of breakfast cereal, (or 100 equally garishly packaged books all brandishing equally gushing by-lines to their excellence and life-changing quality) is just too much.

Sometimes it would be rather restful to be able to identify that what you really want is a wholesome packet of perfectly ordinary oats, unenhanced, doing what you expect oats to do, not claiming to change your life, be better than any other oats, or, even worse, claiming to be box of diamonds, rather than the oats they so obviously are

Excitedly I embark upon the new golden wonder book – only to find that what lies within will, if I’m lucky, be average or competent – but may equally well be toe-curlingly BAD.

It strikes me that the factory production line of books cannot be kept up with by any professional reader with a life to live, not to mention their own novel to write. What goes on must surely be skimming and the turning out of adulatory phrases in a ‘hope for kind payback’ kind of way.

And that’s just the books that succeed in getting a publisher.

Having recently struggled with reading an ARC of a book which shall remain nameless in terms of the appalling crimes it committed against sense, veracities of time, place, plot and characterisation – not to mention coherent language and dialogue, I feel heartily disinclined to want to read those who are self-publishing. The rationale being ‘if a book THAT bad got a publisher, what does it say about the one’s which DON’T’ (Apologies to those who deserve to get the publisher they cannot, as yet, find)

Lest this all sound like resentful sour grapes from an unpublished writer – I state my interest:

I do NOT have a burning desire to be a writer (if I wrote, it would be about a particular area of expertise/skill which I have some knowledge of – i.e. it would not be fiction)

I do not have a novel/play/book of poetry languishing in my cupboard waiting to be polished up and sent to editors, agents and publishers. Such a thing does not even exist in my head.

I am, though, a lifelong, excited, enthusiastic, thoughtful, immersive appreciator of literature and in awe of good writing and good writers – of pretty well all sorts.

Time was when I could browse the bookshop, or read the broadsheets arts pages, and generally  know that if a book was described as having the qualities I was looking for, there would be truth in the claims.

That time is long gone. Moonshine made of potato peelings gets put in a shiny bottle and sold as champagne. Gallons of the stuff

I stopped relying on professional reviewers a long while ago (other than certain writers I value, if THEY say good things about another writer, I’m half-inclined to listen)

However, the moving in big time of shill reviewers who only review one book – the particular potato peeling variety which is released and instantly gets a handful of 5 star rave reviews – often poorly written, plus the various shenanigans and jostlings and foulings which go on in Amazon’s ‘Top Reviewers’ ranking battles, means I trust that avenue less and less. If a reviewer gets appreciative of their own ranking, they know that to give something a negative review is to court the attentions of the shillers, so it seems to me honesty is declining fast in that area.

IS there light at the end of the tunnel? – well, I must say I HAVE started to look very

carefully at what bloggers, not selling anything, might be reading, and finding books which people are carefully reviewing, judiciously saying why they do or do not like the book, and following particular readers and their recommendations. 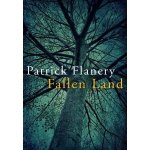 But having (by just such a route) been steered towards a couple of properly brilliant writers, new to me, I’m sad that the trumpeting publicity and promotion machine seems to not be serving those particular writers well. They languish unread and un-bought.

Meanwhile, I continue to shake my head in disbelief to see writing commended as beautiful when it would not pass muster in a high school essay.

I’m (almost) becoming afraid of taking a chance on new writers. It may be time to revisit writers long turned to dust, who understood the craft