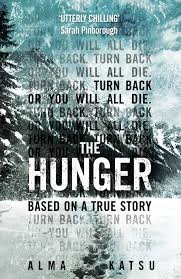 There is historical background to Alma Katsu’s novel, The Hunger, which is based on ‘The Donner Party’ – or, more properly, ‘The Donner-Reed Party’,  a large group of pioneers, led by, at different times George Donner and James F. Reed, who set out, in May 1846, from Springfield Illinois, to travel to California. Initially there were 500 wagons, many families taking several wagons, filled with household possessions as well as supplies and cattle for food,  as they were effectively moving home to a new State. The pioneers were mostly families, but with some single men, and most of the pioneers had a range of reasons for making this challenging journey. Some, inevitably were escaping past mistakes, crimes and misdemeanours, some looking for the prospect of creating a better life for their young families.

The journey was one which had been successfully done before, by others, and initially the Donner Party were doing fine.. A fatal mistake was made, however, to pursue a shortcut, the Hastings Cutoff, from Fort Bridger, Wyoming. Unfortunately Lansford Hastings, the promoter of this supposed short cut, had been – economical – with its suitability. 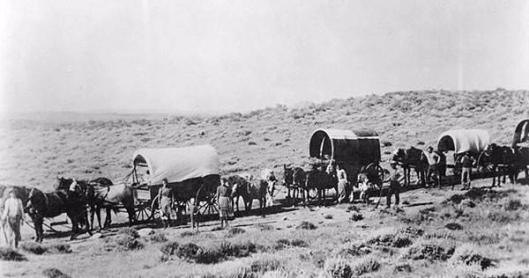 The party encountered severe problems with weather and terrain, firstly when the Hastings Cutoff proved not to be a short cut, landing the group in a parching desert crossing of the Great Salt Lake Desert, meaning that they joined the Oregon trail, making a push over the Sierra Nevada mountains, late in the season at the end of October, becoming trapped by heavy snowfall blocking the pass. Stuck  in the high mountains, by the time rescue came less than half of the group of just under 90 who had set out on that final push were still alive. Others had not chosen to follow the route, or had left the wagon train earlier, There were also several rescue attempts which had resulted in some of the rescuers perishing. Food supplies ran out, and the survivors, or some of them, had resorted to cannibalism, eating the bodies of their dead companions 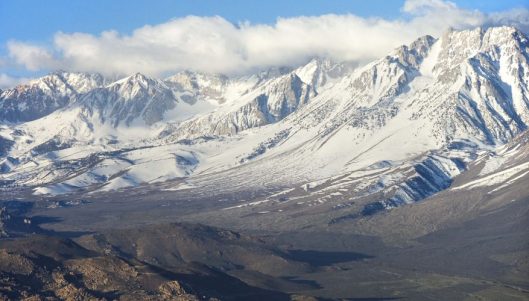 Katsu, who writes well, really well, has taken the names of the real pioneers, but has created her own story around this, with an imaginative, horror explanation of what happened. Although for me the horror aspects are the least interesting parts of the book, having recently read Algernon Blackwood’s truly chilling short story The Wendigo, based on the beliefs of certain Native American tribes, I was more willing to be rattled by the fears of ‘this is a bad place’ energy being expressed by some in Katsu’s story who are sensitive to the energy of place. 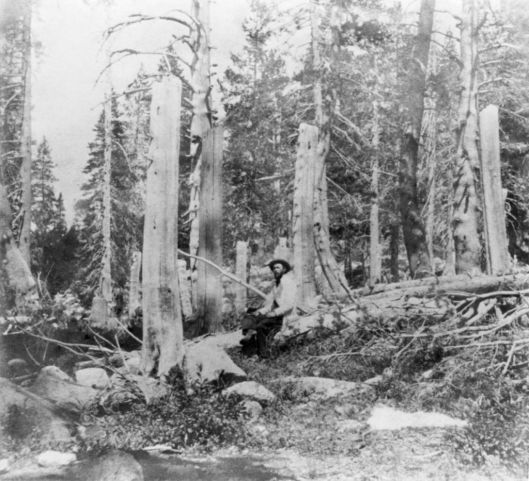 Stumps of trees cut at the Alder Creek site by members of the Donner Party, photograph taken in 1866. The height of the stumps indicates the depth of snow. Wiki Commons

I always have certain problems with inventing stories (particularly bad ones) for real characters who once lived, and must confess to a certain unease here too, particularly when dodgy pasts and shady motivations and characterisations of one kind or another, are assigned to real people, though it certainly seems that some of those who are most harshly dealt with in her book were, indeed, those with stains laid against them by survivors

Reading the long Wiki entry, and a couple of other sources, on what is a gripping tale, with well drawn characters – particularly some of the women, really given flesh, integrity and stories – she has researched well, and the imaginative twist she inserts is one which even could have a scientific basis, given knowledge of Kuru and other transmissible spongiform encephalopathy diseases, associated not just with cannibalism, but where one species eats another which is not its ‘normal’ diet – BSE, Creutzfeld Jacob, etc a better known example of this. 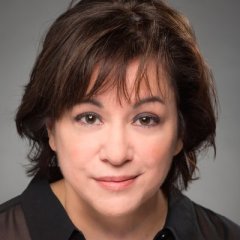 I recommend this strongly. It is a very well told, well paced tale, with strong characterisation, moving and horrific. Just don’t read it (or part of it) late at night or close to meal times.

I received this  as a review copy via  Amazon Vine UK