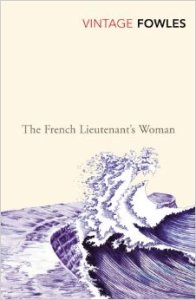 I have read and re-read John Fowles’ The Magus, roughly every five to ten years, since first reading it in my early twenties, finding it (and still finding it) a powerful book. Yet, curiously, I had never re-read the very first Fowles I encountered, The French Lieutenant’s Woman, although this was also a book I valued highly. A simple matter of probably being a library read, rather than bought, so not on my shelves and able to be easily re-read.

Fowles was always a thinker, as much as a writer of novels: philosophy, politics, psychology, history, science, sociology, ethics, natural history, as well, of course, as the arts, he is always writing ‘about stuff’ as well as inhabiting the craft of narrative literary fiction, the understanding of characters in place and time, and the relationships between them. Still, well thumbed, on my shelves is The Aristos, sentences and paragraphs about some of the topics which interested him, many of which were explored in his novels.

The French Lieutenant’s Woman was of course made into a successful film, one indeed which in filmic terms managed to explore some of the ideas about the novel itself which forms a part of the book.

And what a very satisfying book it is. We are of course well used to writers writing about writing in the course of their novels, trying out different forms, books within books, mind games, sophistication, but at the time of publication (1969) this was far rarer, particularly in a book which was both literary and popular 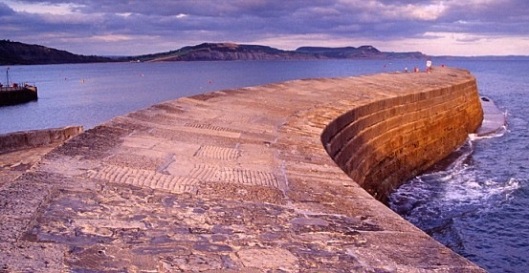 The setting is Lyme Regis, and the time, potent in that place, 1867. Darwin’s Origin of Species had been published 8 years earlier. Fossil hunting was a pursuit eagerly taken up by amateur scientists, male and female, of liberal persuasions. Palaeontology was verifying Darwin. And Lyme Regis, part of the Jurassic Coastline, was the perfect place for such searchers. 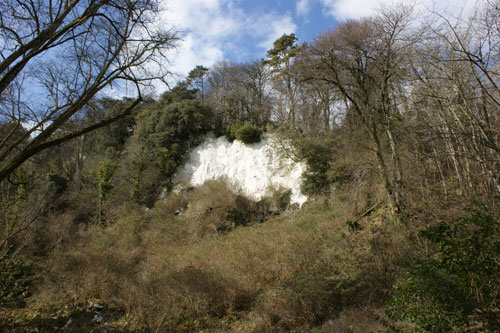 Charles Smithson is such a gentleman. He comes from aristocratic lineage, though his fortune is not quite what it was. He has recently become engaged to Ernestina Freeman, the grand-daughter of a moderately successful draper. Two generations later, the Freemans are extremely wealthy. Fowles is exploring many things, but class and its aspirations and the evolution of a society which had been fossilised, and is now rapidly changing, is one of them. So is, particularly, women and sexuality a major theme. Smithson and Freeman have come to Lyme to stay with Ernestina’s aunt on a holiday. Into the settled world of the happy couple comes a catalyst – The French Lieutenant’s Woman. Sarah Woodruff is the daughter of a farmer who wished to better himself. She was educated beyond her station and became a governess. But a mystery, and shame, is connected with her, and her reputation has been compromised through an unfortunate connection. Impropriety may or may not have happened, but the suspicion of improperness, in that generally closed society, is enough to cause shock and prurient interest.

So…….on the one hand, what we have is a kind of triangle, with a historical setting. Into which, Fowles inserts himself, as novelist, reminding us this is a story, making comments from a twentieth century viewpoint, on both his own society and the Victorian one – asking us to see our society through Victorian eyes, to constantly weigh and balance what our society and that society also, has lost and gained, compared to each other. He interferes further, showing the reader other possibilities, different trajectories for his fiction 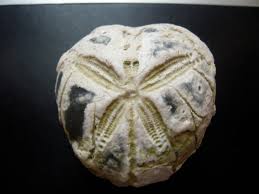 There is a wonderful push and pull of the immersion of narrative literary fiction, particularly as Sarah’s character is a particularly fascinating one, and the push and pull between Charles, Sarah, Ernestina also has another relationship linked within it – Sam, Charles’ manservant, Mary, Ernestina’s aunt, Mrs Tranter’s, maid – there is a lot of mobility of class, a lot of stagnation resisting change, going on, and it all has echoes with evolutionary theory.

Of course to us any Cockney servant called Sam evokes immediately the immortal Weller; and it was certainly from that background that this Sam had emerged. But thirty years had passed since Pickwick Papers first coruscated into the world. Sam’s love of the equine was not really very deep

Fowles playfully, successfully, also involves the reader in the dichotomies between 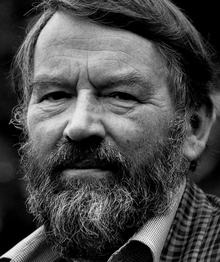 immersion, and a novelish version of Brechtian alienation – reminding us this is fiction, taking us into identifying and empathising with character, caught up in journey, only to make us question again what is going on.

The tensions between immersion and the new novel (nouveau roman), both debunking and revealing the omniscient god narrator really work. Fowles feels as if he talks directly to the reader, not talks down to them, and there is a curious sense of the invented characters being both real, and not real, literary creations. Head, heart, viscera all engaged

The novelist is still a god, since he creates (and not even the most aleatory avant-garde modern novel has managed to extirpate its author completely); what has changed is that we are no longer the gods of the Victorian image, omniscient and decreeing; but in the new theological image, with freedom our first principle, not authority.