Utterly implausible, a denouement with more holes than a colander, yet, most curiously, enjoyable. 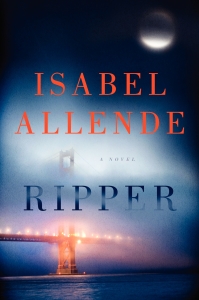 Chilean author Isabel Allende, known as a `Magic Realist’ author, has written her first thriller/crime novel in Ripper. Although it involves the all-too-predictable `there is a serial killer on the loose’ territory – albeit one who is a million miles from the even more predictable savage-dismemberment-of-beautiful-women territory which appears to be the stock in trade of the genre – it is remarkably unlike most crime writing. Perhaps that (and of course, the author’s credentials) is what acted as its lure.

Magic Realism, and particularly South American Magic Realism, is often labyrinthine and circumlocutory in structure. A shaggy dog story which rambles happily all over the place, entering into tangles, picking up burrs and thistles in its coat, enjoyably snuffling hither and thither, gathering all sorts of snippets and detritus. The earthy, fascinated by small detail tangle of this-and-that IS the point. The journey, and everything on it, including the dead-end detours, are what matters, far more than an express London to Edinburgh straight up along the high speed tracks predictable journey.

So Allende brings that to this story, and peoples her world with the weird and wonderful, the odd-ball, the eccentric – which is actually all of us, if we bother to get behind the façade – and the undoubtedly messy hotch-potch of some 500 pages, kept me reading, sometimes with irritation, raised eyebrows, pursed lips, muttering `ridiculous!’ Yet curiously enthralled and fascinated. Allende’s voice is persuasive, warm, charismatic. Lovable not despite, but because of the rich and fussy detail.

`Ripper’ in this San Francisco set novel is nothing to do with the nasty Jack, the equally nasty Yorkshire, or any of those all too overt other real misogynists. Or the thousands of invented sociopaths which people many books in the genre. `Ripper’ is the name given to a small global band of rather oddball geeks who solve murders `as an on-line game’, and severally adopt various avatars and skills to do so. So there is a `Sherlock Holmes’ for example – in reality a baseball cap wearing cool dude living in Reno. The tempestuous gypsy Esmeralda is the avatar of a New Zealand based boy confined to a wheelchair. There is a `psychic’ – in reality, an hospitalised anorectic, visionary through her extreme starvation. The games master, and leader of the group, is San Francisco based Amanda. Amanda is 17, but she is also, often, going on 10, in her emotional innocence and child-like enthusiasms, and simultaneously, going on 900 in her Methuselah like intelligence and wisdom. Wrapped around her little finger is her grandfather Blake, an author. Blake is also one of the Ripper players – his avatar is that of Amanda’s henchman and gofer, Kabel. She bosses him around hideously. Amanda’s father is Bob Martìn, (ha ha, for English readers, a doggy joke) a Police Chief. Martìn is `in real’ trying to solve the murders which are hitting the city. And, by nefarious means, gaining access to inside information, `Ripper’ is attempting to solve the cases too. (no prizes for guessing, true to golden age crime traditions, who does best, the ams or the pros) 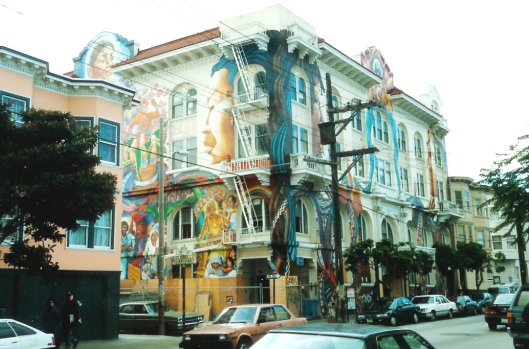 So far so good – until things all get close to home. Amanda’s mother, Indiana (Indiana and Bob separated long ago but remain friends) is a New Age good-hearted, far too innocent, far too credulous and space-cadetish healer. She is an aromatherapist and Reiki practitioner and Allende leaves no crystal unturned and no `vial’ of oil unopened to richly egg a stereotype. Indiana is also gloriously beautiful (so clearly, she will be a victim) and very sensual.

Stir well, in San Francisco’s Armistead Maupin Tales Of The City cauldron, and Allende drops in astrologers, the campy camp, a collection of noble animals (delights for dog and cat lovers) a noble and injured Navy SEAL with a prosthetic leg, any number of ancient women with superb kitchen skills and earthy wisdom – and of course, somewhere there will be our murderer. Actually, she signals this quite early with big waves – I fingered the perp, accurately, from the off – though there were some very surprising twists and potential herrings and attempts to throw us, at a late stage, off the scent.

I have to say that one of the major twists and revelations I did not see coming. And perhaps that was because, with even a little objective thought, it was of such utter implausibility as not to have crossed anyone’s mind. What amazed/amused me, though, was despite the gaping holes in any credibility, which caused my eyebrows to hit the ceiling, and my mouth to downturn in critical disapproval, my page turning frenzy was increasing, and was enjoyable despite the eventual utterly silliness.

The book is full of intentional (and I think, unintentional) humour – some of the
characters almost wallow in their ability to wear a cliché well, and Allende has fun with us as she paints them in glaring primary colours and then twists a bit – and I even wonder whether the utter silliness of the solution isn’t part of her joke and genre spoof

So, surprisingly, recommended – but only to those prepared to leave scientific and linear rationality at the door, and surrender to a kind of hectic carnival where anything might happen. And does Northern European Noir this isn’t!

Rarely have I enjoyed anything with so many flaws so much!

Originally written in Spanish, the book is translated by Ollie Brock and Frank Wynne