That apple scented childhood, and the leaving of the Garden of Eden

Mary Wesley (1912-2002) wrote her first adult novel at the age of 71. Comparisons ARE odious and to compare apples with stepladders is clearly a daft activity, but, still, having finished reading Wesley’s best known book, The Camomile Lawn, set mainly in amoral times on the home front during the Second World War, and currently reading, with not a little irritation, Bret Easton Ellis’ The Rules of Attraction, about a group of amoral varsity students, I found myself muttering, in bored irritation ‘Should have waited till you were 70, chum’

Wesley is darkly comedic, stylish, sharply observed and extremely witty. I had the feeling I sometimes get at the theatre, when the curtain rises to reveal the set, and at the speaking of the first line of dialogue, you instantly know ‘sure-fire, everyone knows what they are doing here, I’m in for a great couple of hours, and can let myself be guided by the play and the performers’

I had that feeling with the sharp, arresting beginning of The Camomile Lawn

In a single sentence of fabulous show-not-tell we know the class of the characters, can detect a relationship of dissatisfaction, and know this will be a barbed and witty comedy.  (It was the detail of ‘the flower room’, somehow which did it for me – the precise absurdity of that image which spelt the wit and the comedy)

Her book is set on the eve of war being declared. The central characters are a middle aged couple with a complicated set of nephews and nieces in their late teens, the teenage sons of neighbours, and two Jewish refugees staying with those neighbours. The geography is well heeled Cornwall (Roseland Peninsula, idyllic) and London in the blitz.

There are double time-lines as well, the progression of events forward from the opening, on the eve of an annual visit by the nephews and nieces, for a last, golden summer before War, and, some forty years later, these same characters (or some of them) are journeying separately or together to a gathering, the purpose of which will unfold.

Wesley therefore is able to take our central characters from youth and middle age, and jump them forward to their own middle age and old age, so we, as readers, are constantly seeing past and present, who they are, who they were, who they become, each stage given equal weight.

It was, by all accounts, a ‘rackety time’. The Brat pack (Ellis et al) may think they are the shocking ones, but to be honest, they seem just wasted, tame and lame.

What I find interesting about those far off times is that at one and the same moment there is the promise which the sexual energy of youth embodies, the still-playfulness of the child, yet at the same time, the very young were involved in historic events, very adult events indeed. Despite the racket, the characters in Wesley’s book have purpose and individuality.

She constructs a very pleasing world, where even minor characters get woven in, more and more tightly, like skeins in a spider’s web, drawing back to the centre (that long ago last golden summer) 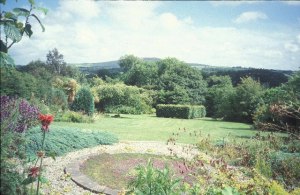 This book could almost be seen as a textbook for how to write comedy of manners – her craft and wit reminds me very much of Restoration Comedy – the economy of language, clever (but not empty) a glittering surface but with real heart and feeling inside it.

A TV dramatisation (which i didn’t see) was broadcast and is available on DVD. Call me a Luddite, but as it is the quality of Wesley’s prose, her precise, acerbic writing, in description, not only in dialogue, which so enchants, I have no desire to see this, however well done. Of course, that opening image, and others,  can be shown – but sometimes, words really do say more than a thousand pictures ever can!

I received this as an ARC from the epublishing company Open Road Media, who 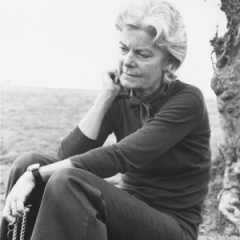 continue to excellently re-publish some classic examples of fine writers from earlier in the twentieth century, giving us very well crafted digitisation of these books. I have discovered, to my chagrin, that some digitisation is pretty crassly done, but Open Road Media appear to embark on their material with craft and love, as befits the quality of the writers they are publishing in this format