And if you have no place within you to call home………. 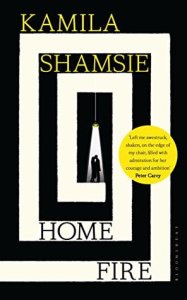 Kamila Shamsie’s thoughtful, immersive, disturbing book starts with an emotional punch, and does not let up

Isma is a British Muslim. She is on her way to take up an academic post in Massachusetts. And is stuck in interrogation at the airport :

Isma was going to miss her flight. The ticket wouldn’t be refunded because the airline took no responsibility for passengers who arrived at the airport three hours ahead of the departure time and were escorted to an interrogation room……She’d made sure not to pack anything that would invite comment or questions – no Quran, no family pictures, no books on her areas of academic interest…The interrogation continued for nearly two hours. He wanted to know her thoughts on Shias, homosexuals, the Queen, democracy, the Great British Bake Off, the invasion of Iraq, Israel, suicide bombers, dating websites

Shamsie immediately drops the reader into the experience of being regarded with suspicion, because of ethnicity

Home Fire is on one level just a very human story about a family, and a love story. Older sister Isma takes up her academic position in the States. She meets a vibrant, interesting fellow academic whose path kind of crossed her family’s, back in her teens. Ayman has become Eamonn:

so that people would know the father had integrated…his Irish-American wife was seen as another indicator of this integrationist posing rather than an explanation for the son’s name.

Isma and Ayman/Eamonn become friends, though Isma finds herself harbouring deeper feelings for the man whose affection for her is merely brotherly.

Isma is the plainer, studious eldest sister, who has become surrogate mother to her younger siblings, twins Aneeka, fiery, creative, beautiful, and her less sure, less confident brother Parvaiz.

Circumstances will bring Aneeka and Ayman together, initially without Isma’s knowledge, and a story of the love, jealousy and heartache will play out.

But this is far more than a kind of fairy story of the prettier youngest sister. There are deceptions, deliberate obfuscations and a distinct sense of always living with the potential of menace and misunderstanding because of the real history and the perceived history of race and religion

Parvaiz has vanished, and is not spoken about. He is a family secret, and what has happened to him is on one level obvious.

Isma’s family has a past regarded as suspect. Eamonn/Ayman’s family has integrated so well that his father became an MP. But at the end of the day, integrated or not, ‘identity’ will be recognised by appearance.

This is a hugely uncomfortable (in the very best way) read. It made me feel long and hard about identity. Many of us trace our complex history back with pride, discovering perhaps a history of different European immigrations across the centuries. But where geography is written in skin colour, assumptions, not our own, will be made about who we are.

I shall certainly read more of Shamsie. On this showing, she enters into the psyches of a range of characters, and, whatever the positions, we do get presented with the human complexity within 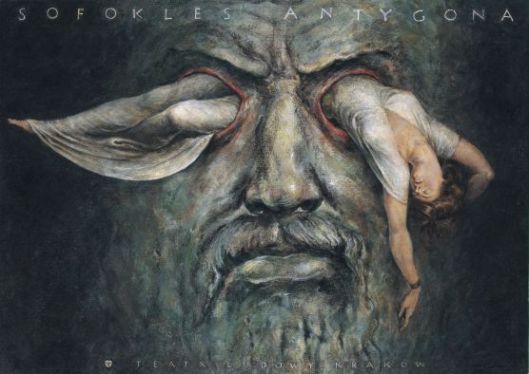 One of the strands within this book is a working of the story of Antigone, whose dead 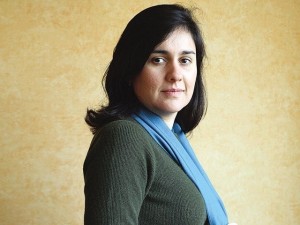 brother is denied burial, on the grounds of being seen as a traitor. To be honest, as someone drawn to Greek myth and history, it was one of the reasons I requested this title, but the connections are there if you wish to acknowledge them, but do not in any way reduce the power of the book’s effect upon the reader if you don’t. All it really shows is that these ancient myths and histories have their uneasy power to move us because we seem to repeat our history, with different names, but, effectively unchanging motifs, across the millenia

I received this as an ARC from the publisher via NetGalley