I came to Coe late, when I originally read and reviewed this book, originally published in 1994, back in 2010 and enjoyed it so much that I read his  The House of Sleep and The Rotters’ Club in quick succession.  Someone has just reminded me of this book, and i remembered my delight in it, hence I trawled through my back catalogue of vintage vinyl reviews!

He’s a fabulous writer. He has an enviable ‘light touch’ an excellent comedic sense, which he uses like a sugar pill to disguise the deep, serious nature of his writing. Fundamentally, I think he is writing about politics, and examining the nefarious nature of capitalism. He doesn’t bang you on the head with simplistic, didactic polemic. He seduces you with wit, compassion, narrative, much more wit, and then delivers rapier sharp conclusions – in the very best ‘show, don’t tell’ manner

What A Carve Up does for the 80’s, Thatcher’s greedy ‘there is no such thing as society’ decade, what The Rotter’s Club did for the 70’s

The telling, layered title of the book refers to the film What A Carve Up [1961] [DVD], starring Sid James, Shirley Eaton, Kenneth Connor, which exerts a profound effect on at least 2 of the central characters – scenes from this film are replayed in different ways throughout the book.

Back to Coe: At a deeper level, the title of the book also serves to encapsulate the dismantling of the public sector which took place in the 80s. It refers to the carve-up of our assets, and the effects of privatisation.

The structure of the book is stunning. A writer (because of a complex subplot which doesn’t get revealed until the end) is hired to produce a biography of a wealthy family, all of whom, in different ways, are bedded deeply into the various power complexes of the state – the food industry, the financial sector, Parliament, the media, defence. And are rampant self-servers, to a man and woman, symbolising what happens when self-interest is followed at the expense of ‘there’s-no-such-thing-as’-society. The book flips back and forth between the seminal setting the scene events of a particular day in 1961, to the writer’s personal storyline, and chapters from the developing careers and personalities of, the various biographical subjects. There is also the construction of a second book, which will be a fictionalised version of the beginning-to-be-too-hot-to-handle biography.

We meet a cast of believable, individuals outside the central ones (writer and ‘The Family’) – none of whom are wasted. Coe skilfully, effortlessly (to the reader’s eye) connects the spider’s web. The interconnected life proves, again and again, the lie of ‘there is no such thing as society’.

And flowing through all this, seductively, engagingly, is the humour….and behind this the ability to make the pain of humanity plain, a fine sense of individual psychology. Coe has that right combination of heart and head coupled with flair, imagination, artistry and, innate, the ability to be that magical teller of tales, the weaver of a story, a spell-binder.

I recently read, thanks to the Amazon Vine ARC programme, his most recent book Expo 58, which unfortunately I was less than ‘whelmed’ (!) by. An agreeable, rather enjoyable, undemanding read, but the humour was not anywhere near as sharp, and the vision not as razor-edged in balancing the knife edge of warm-hearted empathy, incisive social commentary and mordant wit. So it did not, and does not, get reviewed according to my ‘go get this!’ bloggy criteria.

This though, strongly recommended – a light-hearted easy read with a lot to tickle, 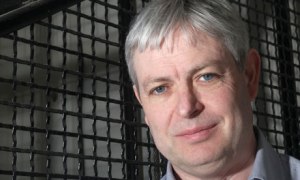 tease and niggle the old brain-cells as well