The shifting sands of home 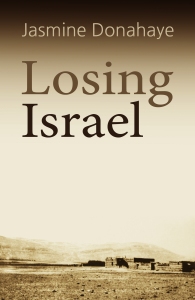 Jasmine Donahaye’s confessional exploration of the heartbreaking complexities around the divide between Israel/Palestine: whose land? whose homes? whose sacred and historical places? whose truthful history? – the aching, tearing emptiness in clear sight for one’s own, and others emotional faultlines – is a beautiful, soulful, despairing and melancholy piece of writing.

Donahaye, daughter of two kibbutzniks, one of them born in Israel (her mother) and the other an English born Jew, keen to help the socialist vision of an Israeli society, was born in the UK when her parents left Israel and came to live in her father’s birthplace.

She first visited Israel at the age of 10, in 1978. Losing Israel recounts her profound sense of home, belonging, commitment to Israel, and her swallowing of its myths and hero stories, as absorbed in childhood from her former kibbutznik parents. Israel was the longing-in-the-blood home; Israel was beloved grandparents; Israel her history and connection

The stories we learn in childhood, before we are able to analyse, stand outside and deconstruct them, or learn that there might also be other stories, are seductive and often, quite literally, enchanting – that is, they exert some kind of magic over us, and learning that our view of the world is a subjective, not an objective one, and that someone else is glamoured by different stories and world views, is shocking and unsettling. Often it’s the easiest, least challenging way to live to choose to view our own stories as objective and true, and to choose to view the stories of  others as glamours, wrong, false, subjective.

As with any national narrative, in order to legitimise itself, the modern Israeli one is grafted, like a new fruiting variant, onto an old gnarled trunk with deep historical roots

So, for Donahaye, `the Arab’ was dangerous, one who was trying to take `our land’. And then, the complicated history of Israel, or Palestine, or what had been the British Mandate, rather flung itself upon her, after she discovered the role of those passionately idealistic kibbutzniks, including her own grandfather, in taking those “desert wastes and uncultivated scrublands”, to build the kibbutz. Build Israel, There was a false potency in the myth of desert wastes and uncultivated scrublands, a false potency in naming that land, the ownership it implies, that hid the other story of displacement. Not the sorry uncultivated scrubs, but land already settled and farmed by Palestinians. Who has displaced whom, in all its sorry complexity, becomes the theme of this painful, honest and unresolved exploration

Israel’s national anthem is in minor chords, saturated with longing for a redemption that cannot be, a hope that cannot be fulfilled, because who can ever be fully at home in the world when that home rests on the homelessness of others

Donahaye was well into middle age before that other story, that Palestinian story, began to demand she listened to it. Although she had grown up in the UK, where there has been open, sometimes deeply painful dissent between the concepts which `Israel’ and `Palestine’ contain, she then spent over 10 years in America, where perhaps the Palestinian arguments have not been so widely listened to. In conflicts, the history which gets heard is that of the victors. It is not `the true’ history. It is the history of the victors. The `true’ history must always be knotty and uncomfortable : it contains oppositions. 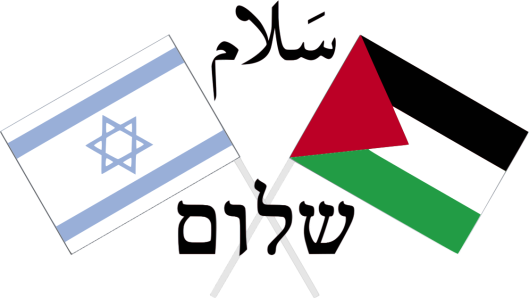 How can we ever come to this place (‘Peace’, written in Arabic and Hebrew); the need gets ever more urgent

I didn’t find Donahaye’s late realisation of that other history surprising, precisely because those beliefs we grow up with, as received truths, whatever they are, shape us. Changing our fundamental beliefs, `losing our faith’ – whether that is religious, political, or any other belief which is as much emotional as intellectual, is an overwhelming experience. Letting go of our cultural and family myths may in the end be liberating, but there is likely to be a deeply painful process involved in that awakening. For Donahaye, it was also linked with the rightness – or wrongness – of her own family history, rewriting her heroic parents and grandparents and finding darker actions in their past

No matter what I learn about its history, what I feel about its government’s acts, its citizens electoral choices, what I think about its political foundations and exclusions, Israel is inextricably caught up with my mother – my inaccessible, elusive mother, who left her community and her country, but inwardly never left, who carried her home all the years of my childhood not in a book…..but in the locked chamber of her heart

I discovered (and was not at all surprised) that Donahaye is a poet. She has that poetic sensibility of grasping the importance and texture of language, of writing, not only beautifully, but with thought, with precision, working images, narratives, descriptions and reflections, whether of her own internal debates and confusions, or what she sees outside her, with freshness, immediacy, authenticity. 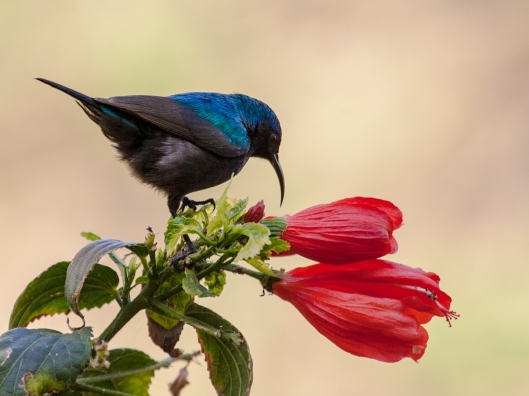 She has also been, all her life, a passionate bird-watcher. And ruefully reflects how language to describe bird travels and origins: `native’, `migrants,’ comes to have a weightier meaning in that land whose name is loaded, always denying the other. Israel/Palestine – whose home? This became a particularly powerful, and unresolved metaphor in the name of a particular bird, native to the region. As a child, she learned to call this bird the orangetufted sunbird. However, its other name is the Palestine sunbird:

When I was a child we never called it the Palestine sunbird, because we never used the word Palestine…..Naming acknowledges and therefore begins to validate a story. Not naming erases. …it renders a thing void…..semantically the name Palestine erases Israel…the meanings and associations of the word Israel semantically erases Palestine

This is an honest, and a painful book. An uncomfortable one because the author does not take a black and white decision, there is not clear-cut, done and dusted resolution. Rather she stays in that difficult place of nuance. Our stories, it seems to me, all our stories, closely examined, are ambiguous

Love of a person, of a place – the more you know, the more complicated it is. The knowledge that the person is wounded, that the place is stained doesn’t diminish your love…..your need to love is a longing to feel whole, knowing you cannot be whole – a longing to be home, though you will never be at home in one place, not fully

I recommend this book unreservedly. She took me into the heart of the real battleground – we glibly talk about `hearts and minds’ and how we have to win the hearts and minds to resolve conflicts, but it seems to me that is the only real and lasting solution to the eternal, global conflicts which our complex, conflicted species, each and every one of us, are so prone to.

This might, or might not seem trivial, but every picture I looked at for inclusion, had another retaliatory picture behind it : my suffering, yes but you caused My suffering, here are MY dead children : and here are MINE. In the end, I found almost everything I saw provoked a raging fire, and I felt trapped by each image adding fuel to each side. Everything was oil to that flame. 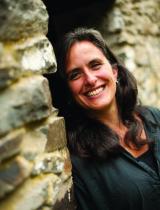 I received Losing Israel as a digital review copy from the publishers, Seren, via NetGalley

I was alerted to Donahaye’s book by FictionFan, when she was in the middle of reading it, and thought it was a definite one for me. How right she was. Here is the link to her thoughtful review