As through a prism, darkly 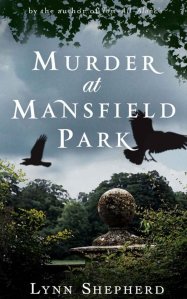 Mansfield Park was always a rather less satisfying Austen novel, principally because of the curiously un-Austen like heroine. Fanny Price always seemed like a model for the late Victorian (Dickensian) sweet natured, pedestal dwelling model of selfless, long suffering martyred and hard done by woman, rather than the intelligent, articulate , witty woman of spirit, who also learns, changes and grows in depth that Austen generally places centre stage.

I think many readers must have suspected that Mary Crawford was the real central character, but that somewhere along the line Austen shuffled her out of the way, and pushed a character of secondary interest, Fanny, into the spotlight. It’s as if, in Pride and Prejudice, Jane Bennett, rather than Elizabeth, had been the central character

However, for all the original Fanny’s apparent sweetness, Kingsley Amis professed to see something devious, describing her as

a monster of complacency and pride, who, under a cloak of cringing self-abasement, dominates and gives meaning to the novel.

First-time novelist Lynn Shepherd appears to use this as a springboard, with inventive imagination and a sure mastery of Austen’s style, and a satisfying sense of period and immersion inside the original novel.

She makes a few radical changes, most particularly of wealth and therefore status, and from thence sets in train new relationships and alliances, and a tie-in between Mansfield Park and a murder mystery. Fanny, now blessed with more wealth than anyone else, and therefore a being of status, to be courted, not despised, becomes rather obviously Amis’ monster. 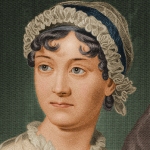 central character of the original – Mary Crawford, here, with the wit, intelligence and sensitivity to others which she so often showed in the original novel, before Austen seemed to collect herself and start flinging a lot of baser motivations and over emphasis on financial gain towards her. However, what we do have, is the Crawfords, brother and sister, of a lesser status and fewer means than the others, and therefore, more aware of the day-to-day gradations of class and position. All the above stairs characters of the original novel are in place, as they were, but seen as if through a prism which changes how we see them – certain virtues become flaws, certain flaws may be seen as virtues. And, in addition, we are introduced to a cast of below stairs characters at Mansfield Park itself, and the new tensions provoked by the influx of an early nineteenth century detective into the mix.

Shepherd has fun with various characters introducing ideas – as fantasies – of what will be later tools of detection into the mix – someone for example wishing it were possible to identify whose blood is on a garment, and somebody else ridiculing the whole idea that this would ever be possible.

It would insult Shepherd to say she has written a very accomplished pastiche. What she has done, is to immerse herself into an original text, and use that as a springboard into something else (whilst, admittedly using quite a bit of the original text and subverting it to her own devices) I very much look forward to reading what she will do with other classic texts – Bleak House is the next! – Tom All Alone’s

Barbara Pym is often compared to a modern day Jane Austen. It is easy to see why, in this beautifully crafted work set in the 1950’s. She has Austen’s light, sure touch for social gradations and the precise delineation of hypocrisy. Like Austen, she is a writer who shows, not tells, what her characters are like.

The central character, Wilmet, is an upper middle class married woman in her 30’s. Her husband, a high ranking civil servant does not want his wife to have a job – so just like the Austen heroine she most reminds me of (Emma) Wilmet is engaged in doing good works.

Rather than her mission being to marry off her acquaintances, it seems to be to find suitable employment and placing for young men, and to nurture romantic fantasies about them. Preferably those of some attractiveness.

Much of the social comedy is set around the Anglican Church, as Wilmet gets involved in churchly good works. It isn’t that she has particularly strong religious leanings, it is just this is the organisation whereby the good works carried out by titled ladies and their slightly less upper-class sisters, happen.

Wilmet is as much in need of somewhere to express her own creativity and intelligence, and as inhibited in finding a powerful place of her own to do this in, by virtue of strictures of class and gender, as the engaging, meddling, Miss Woodhouse!

Pym does not go in for huge blood sweat tears and oil splashed canvases. Like Austen, she works a little bit 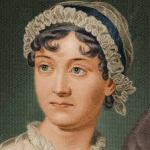 of ivory, two inches wide, for her canvas. And it is exquisite, sly, mischievous and occasionally, lethally barbed. She is one of those writers who manages their craft so very well, but with apparent effortless ease, that she makes the difficulty of doing that appear ridiculously simple. Which of course, it isn’t.

I found myself constantly chuckling at her fine, understated wit. Ironic amusement pours from her pen, and punchlines are placed beautifully. This is not humour which screams JOKE COMING and tries too hard, this just keeps on delivering unlaboured sharp, warm, understated brilliance.

Again, like Austen,although sex is very much a subtext, in Pym’s book the grand passions are understated and the nitty gritty of any sort of physical contact is not spoken of

Wilmet, like Emma, has a journey whereby, without huge drama, she sees how prone she is to make mistakes, through a nature which is overly self-absorbed, imagining herself at the centre of the universe (surely a failing common, to a greater or lesser degree, to most of us!) She learns, without tragedy, to see where the blessings, undramatic, might lie in her own life, and achieves a kind of reconciliation. Half empty, to half full.

Note: I received this as a free copy, for review, by a digital publisher in the States. My reading was seamless in that I didn’t really notice, at all the format of my reading. Which must mean that digitisation was expertly done, without the annoying format glitches which sometimes occur
Glass Of Blessings. Amazon.com