Unspeakably incorrect, shockingly funny, designed to offend: doesn’t completely pull it all off 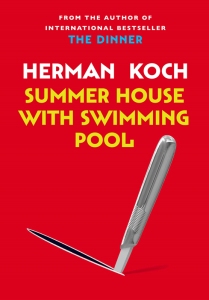 My goodness, Herman Koch cheerfully uses his razor sharp pen to slice open and blood-let all the things we dare not say, and perhaps dare not think. Both women and men who are more thoughtful and separated from their caveman past may find themselves gasping in some sort of horror – and also, perhaps, barking with guilty laughter.

Marc Schlosser, the central character of Koch’s book, (translated from the Dutch by Sam Garrett) is a doctor who once had rather noble ideals, but now has a clientele of the wealthy or famous, whom he pretty much despises. They come to him with their concerns about their failing sexual performance and allure, their fears about cancers in unspeakable parts of their anatomy, and at times for the under the counter dispensing of medicines which will enable them to party hard as they did in their youth, or to shuffle off this mortal. But most of all, they come to him not because he is in any way a better doctor (he knows he isn’t) but because he gives them a 20 minute session instead of a shorter session.

Patients can’t tell the difference between time and attention. They think I give them more attention than other doctors. But all I give them is more time. By the end of the first sixty seconds I’ve seen all I need to know. The remaining nineteen minutes I fill with attention. Or, I should say, with the illusion of attention

Married (happily) to Caroline, with two daughters, Julia, who is a budding nymphette, and pre-pubescent Lisa, Schlosser is absolutely not above seducing other women. He blithely tells his female and male readers, that, sorry, this is all the drive of biology. However (and he again will excuse this via biology) he is also a hypocrite. One of his patients is a famous actor, Ralph Meier. He despises Meier, a grossly overweight and disgustingly, overtly lecherous individual, but really begins to hate him when Meier makes an offensive and public pass at Caroline, at a first night party. Caroline thinks Meier is pretty loathsome too. Which is why it is rather surprising that Schlosser accepts an invitation to visit (with his wife and his daughters, naturally) Meier and his wife in their holiday home – that ‘summer house with swimming pool’ Caroline can’t understand why, as Marc finds Meier pretty disgusting, and she also finds him pretty disgusting, the invitation has been accepted by Meier, who goes out of his way to arrange holiday plans so that they will be ‘in the area’ and turn an informal invitation, formal. 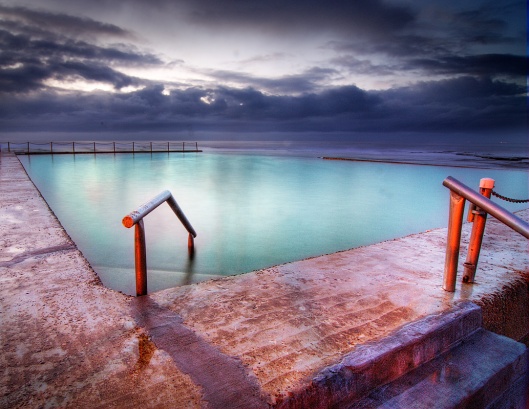 Marc, without any shame, lets the reader know (first person narrative) that he has designs for a bit of nookie with Judith Meier, in the same breath that he is castigating Meier for his unbridled and offensive lechery. The only difference between the two is that Schlosser is a subtle seducer, not an indiscriminate grabber and fondler of female flesh. Rather, he seduces, like he doctors, providing an illusion of paying attention

So far, so wickedly funny and offensive, mixed together. Things rapidly turn very much darker on that holiday, however, and humour, for the most part, gets left behind. Schlosser will come to suspect that Meier, with the collusion of his family and friends, have been responsible for causing hideous harm and ruining lives. And he will seek to exact a terrible, undetectable revenge.

Told by mixture of flashbacks and flash forwards to the present, the book opens with Meier about to face a reckoning of sorts.

I stayed hooked nearly all the way to the end, but the resumption of a fairly crass bit of humour, and a ‘hell hath no fury’ proverb wriggle out wrap (sorry, can’t say more, spoiler alert, but those who have read the book will know what I mean) felt inauthentic and lazy.

Enjoyed a lot, lost a star for the last 20 odd pages.

I received this as a review copy from the Amazon Vine programme UK, following its recent release as a paperback (hardback came out last year) And I also remembered this came very highly recommended indeed by FictionFan who wrote a sterling review at the time, though it remained on an undecided back burner for me, till offered it on Vine.