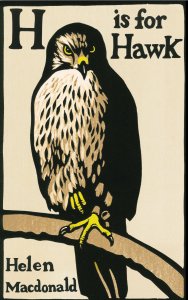 Helen MacDonald’s aching, raw story of loss and relationship speaks so much of longing that reading it is as much about being fed, sustained by grief, as her hawk is fed by the death it has dealt. Indeed the two, love and death, are linked.

We love because we will lose, or be lost to, that which we love. It’s the presence of death which fiercens the love. Mabel, Helen’s hawk, is of course overwhelmingly real – but that reality is thickened by all the metaphors accreting to her. The potency is the potency of what the hawk represents, in history, in literature, in imagination to us.

To me she was bright, vital, secure in her place in the world. Every tiny part of her was boiling with life, as if from a distance you could see a plume of steam around her, coiling and ascending and making everything around her slightly blurred, so she stood out in fierce, corporeal detail. The hawk was a fire that burned my hurts away, There could be no regret or mourning in her. No past or future. She lived in the present only, and that was my refuge

There are 3 major strands in this book. The first, which created or re-created all the rest, is the loss of MacDonald’s father, Alisdair MacDonald, the photojournalist, and the bottomless grief that brought a sundering of relationship, an absence.

There is a time in life when you expect the world to be always full of new things. And then comes a day when you realise that is not how it will be at all. You see that life will be a thing made of holes. Absences. Losses. Things that were there and are no longer. And you realise, too, that you have to grow around and between the gaps, though you can put your hand out to where things were and feel that tense, shining dullness of the space where the memories are

As a child, MacDonald had been obsessed, possessed by falcons, birds of prey, and then, specifically, the goshawk. So the second strand is the making of relationship. She returns to everything that initial possession was about, and engages on building a relationship with a goshawk. Which she discovers can only be done by negating herself, becoming an absence, as, initially, in any way, the presence of human is too harsh for the incredibly highly charged, responsive, awareness of a terrified hawk. Human space can only become tolerable to hawk by the patience to not intrude

And, finally, she examines another writer T.H. White. White was also a passionate hawker. He was a man painfully within his challenging contradictions. Like the goshawk, one with a charged, reactive nervous system. White had recorded his own story of relationship with goshawk, The Goshawk. I hope that the success of MacDonald’s book encourages the re-publishing of White’s, as I’m now anxious to read it.

Much of White’s account (there are plenty of extracts in MacDonald’s book) is dark, anguished, irrational. And much of MacDonald’s book is also outside the rational – there are many accounts of her vivid dreams, the boiling of raging emotions, the unendurable overwhelm of feeling. But this is part of the power of this book. We are not creatures of reason alone, reason the visible tip of a fiery iceberg beneath.

MacDonald’s book was another one of those which I read with a sense of some deep value I can’t articulate – through a mist of weeping. The value is that of having, often, no idea at all of the why of that weeping. All I can say is that, for me, weeping without any obvious, recognisable emotion behind the weeping is a way in which my body seems to respond to something being named from a place of authenticity. Reason says ‘I don’t understand’ but, on some deep level, the fabric of my being responded

In my time with Mabel I’ve learned how you feel more human once you have known, even in your imagination, what it is like to be not. And I have learned, too, the danger that comes in mistaking the wildness we give a thing for the wildness that animates it. 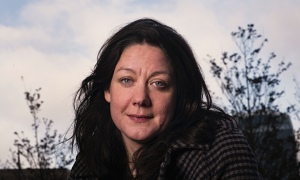 the reader. I would have liked to have read it slowly and savouringly, and maybe this is what I’ll be able to do, at some point, on a re-read, as I know the writing is very fine, and the information, about hawks, landscapes, T.H. White, and more, of interest. But I was not able to read it like that. Instead, a savage gulping down of chunks of it, thrown this way and that by feeling and sensation. Longing, I suppose. That desire to experience the world through the sinews of some other than human understanding.