A waspish, witty romp Behind The Scenes At The Museum

This is a lovely comedy piece set within the Art and Culture World.

It is a Very Important Day at the BRIT Museum, where a sumptuous new exhibition is to be launched. Major deals are also being made by the Chairman of the Board of Trustees, a Property Magnate desperate for a peerage.

The star piece of the exhibition is a little known work by Gainsborough, which comes with a mysterious curse, and an equally mysterious history

Battle lines are set out between high art and high finance, high art and populism, academia and stylistic sound-bites.

He worries about the Nowness of Now. Such a depressing concept, he reflects, his lip rising with an academic’s disdain. Absurd name, too. Nowness will be a celebration of Britain today `reflecting the volcanic dynamism inherent in the twenty-first century’. This breathy tag sometimes runs through his head as he struggles with leaden directives from his paymasters in government.

Think a combination of the slap-stick, magical, sexually confusing world of Midsummer Night’s Dream, combined with the wit and social setting of a P.G. Wodehouse novel

Add a touch of histrionics with a very prestigious catering company and a chef desperate to become the latest TV Chef God, a smidgeon of sadism from the Museum’s Head Of Security with more than a yen to run the Museum like a Police State, and several sets of potentially confused lovers.

And then there is the alarming prospect of an invasion of 400 escaped lobsters. Not to mention the possibility of near death by drowning in raspberry coulis.

Mr and Mrs William Hallett. And of course their dog. by Thomas Gainsborough.

This is a delightful piece of puffery, which nonetheless says some very pertinent things about a society structured on spin, where neither the bread nor the circuses are that much to be celebrated. And where the course of true love never runs smooth……except, sometimes.

The novel fairly zips along, taking place on Midsummer’s day 2001, and lasting for 288 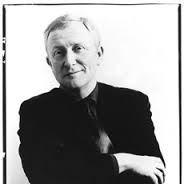 pages, with short, fairly bite sized chapters. I read most of it smiling happily and every now and again breaking out into snorts, barks, and yaps of laughter (well, that hound does feature rather importantly)