Book Review, Dan Rhodes, Humour, When the Professor Got Stuck in the Snow 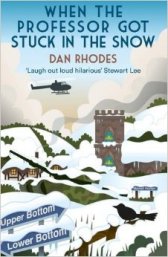 I first encountered Dan Rhodes with the wonderful, witty, intelligent, feel-good rom-com and more This Is Life. Rhodes on that showing, knew how to warm the cockles of the heart without spoonsful of saccharine, with a delicious, inventive sense of humour, sharp observations, and finely honed prose. I have to confess that the ‘humour’ genre generally raises nary a chuckle in this house, as you can spot the boom-boom punchlines coming in predictable fashion

Rhodes did not do that boom boom in This Is Life. However….he does it rather a lot in this book. If the story of a book will involve an earnest attempt to reach a place called Upper Bottom, it is absolutely obvious there will be much very unsubtle humour, geared at the reader’s inner four year old, and with more than a whiff of Ooh, Matron! Carry On about it.

And there was……but Rhodes had me groaning out loud with ‘no, no I can’t believe you are really going to go for potty humour in this way’ amusement. I whickered, snickered, sniggered, chortled, gasped, giggled, barked, roared, face-palmed in appalled disbelief, whinnied, screeched, howled, gibbered and made every attempt at working through an evolution of as many animal sounds possible as I proceeded through this possibly shockingly nasty book

One of the two central characters in this piece of fiction is a certain Professor Richard Dawkins who is a worldwide celebrity through the authorship of very well written books about evolution and genetics. He has also written books espousing a very militant atheism and achieved a guru like fame, loved and loathed in equal measure. This Professor Richard Dawkins has also become famous for using Social Media to scatter his pronouncements in peppery fashion on this that and the other. Curiously, the Professor Richard Dawkins who is one of the central characters in Mr Rhodes book bears more than a passing resemblance, albeit tweaked into a Spitting Image puppet kind of way, to a world famous evolutionary biologist and militant atheist whose name happens to be Richard Dawkins. And who is a professor. It’s possibly a coincidence.

The Professor Dawkins of this book is a devoted public speaker, travelling here there and everywhere to carry the message of atheism to ignorant unbelievers who hold different views from those espoused by evolutionary biologists steeped in the scientific method. In this book, this Professor Dawkins is taking his message to the cosy Women’s Institute in a place called Upper Bottom. He is travelling with his assistant, a man called (by Professor Richard Dawkins), Smee. Though that isn’t his real name. Unfortunately an extreme wrong kind of snow weather event means his train can’t reach the Bottoms, (there are, of course, many Bottoms) and all roads to all Bottoms are blocked. The Professor is forced to seek shelter from the storm, with his trusty assistant carrying the bags, in the proverbial any port in the. Which just happens to be in Market Horton, whose claim to fame is being ‘The Gateway To The Bottoms’

The kindly hosts who will rescue the illustrious Professor and his devoted amanuensis are a retired vicar and his wife, Mr and Mrs Potter, who have a twin bedded bed and breakfast room in their house. Mrs Potter is a slightly simple soul, though enormously kind. She does make quite a few mistakes. For example, confusing this Professor with another gentleman of a reasonably similar sounding last name, who is a real-life mathematician. On being disabused of her error, and told that our professor is an expert on genomes, she makes another mistake, as anyone might, and tries to arrange the décor of the spare bedroom in a way which will make our rescued from the snow Professor feel right at home. Kindly Mrs Potter has installed a collection of objects from her garden, brought in for the winter, to gladden the heart of her chilly guest. And that was where I started making loud animal noises, which only got louder and more frequent

I rather guiltily found this an enormously feel-good book. But then, I’m not called Professor Richard Dawkins, Martin Amis, Lynne Truss, Scarlett Johansson, A.C Grayling, Pippa Middleton, or any of the other names caught in the sights of Mr Rhodes pop-gun

For the record, this book (which I gratefully received as a Christmas gift digital review copy from the doughty publishers, Aardvark Bureau) was originally published a year ago in a limited run of 400 as a self-published book by Mr Rhodes, who is a successful author.

Surprisingly, this was a book seen as a little too hot to handle, as the legal teams of publishing houses were curiously worried that a certain Professor Dawkins might have a few choice objections, particularly as there is no disclaimer that none of the characters named in the book bear any resemblance to any real people who happen to have similar names.

I can quite understand that anyone called Professor Richard Dawkins might be very offended by this book. I would be, if that was my name. And so I’m very ashamed to say that even admitting that, I couldn’t stop laughing. Even though I no longer think that Dan Rhodes is such a warm-hearted person as I did after discovering that feel-good rom com ‘This Is Life’

This is a kind of feel-bad because you feel so good book. I’m afraid I recommend it, and hope that Professor Richard Dawkins has some variant of a duck’s back gene, and handles this as if it were water.

Dan Rhodes’ Paris  set confection, revolving around the setting of performance and conceptual art,  is sheer delight. The beautifully juggled storyline involves absolute chance, and includes nepotism, a cataclysmic cormorant, a jaded and cynical art critic, the paintings of Eugene Carriere, a brace of delightful young women, a rubber baby, a lethally thrown stone, a gun in the hands of a naif, a collection of fabulous scarves (Parisiennes ARE renowned for chic, after all) a cinema devoted to the screening of porn, and the complex relationship between Japanese tourists and love without language. And a piece of conceptual art that makes Hirst, Emin et al look tame.

Aurelie Reynard, her friend Sylvie Dupont, who combines the allure of Cleopatra, Helen, and Venus herself with an exceedingly tender heart, honesty and wit,  have an Amelie like allure, reminding the jaded, the cynical and the none of those, that joy is infectious.

This is an utterly sweet but remarkably saccharine free outing.

Rhodes has light-touch humour in his pen (well, no doubt his tapping electronic keyboard, or Dictaphone with software transfer to text, or something.

There is running gag fun to be had with a baby, who in the mouths of the French, seems inextricably to be called Air-bear, an uber-cool and highly glum Japanese woman devoted to her highly bad tempered uber-cool cat for whom she knits Viking helmets and the like, posting their photos onto Facebook in hope of going viral, and an living artwork involving the collection of bodily fluids and secretions. Not to mention alternative sources of energy. 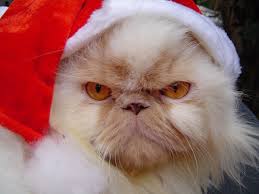 Art – or even its imagined invention, can change lives, and be the subject and object of some darned fine jokes.

I received this as a review copy from the Amazon Vine UK programme. A real treasure

I was particularly pleased to get this as a real copy, due to the charm and intricacy of the lovely dust-jacket and its  unfolding artwork