A rich, nuggetty slice of thoughtful thrillery : sensation seeking society in the dock

Noah Hawley does far more than craft a page-turning thriller. He is a writer who makes the reader think about the ethics of the society we live in, how it might be, to inhabit the lives of his creations, and, what choices WE might make, in helping to create the ethics of our world.

I first found him with the troubling The Good Father, a novel written from the perspective of a loving father whose son carries out an assassination on a respected presidential hopeful.

So, when offered Before The Fall, as a digital ARC, I was interested BECAUSE the author was Hawley, and thought the novel itself would be rather more interesting than the blurb suggested . Any book with any kind of sensationalist story, might be written purely as a ratchet tension, or, might ratchet, and have more about it. And, of course, Hawley being Hawley, it does.

The CEO of a populist news channel, who promotes, rather, edgy conspiracy driven, whip up feelings programmes, which are not necessarily blazing with the light of truth, is travelling back from Martha’s Vineyard to New York, with his family, in a commissioned private plane. He is the kind of man who warrants 24 hour private protection. Also on the plane is another member of the superpowerful, superwealthy, from the financial makers and shakers of society, wheeling and dealing, skating close to the edges of the law, and not always holding the moral line. In fact, possibly off centre a lot. On board also, is someone quite different. An artist, possibly a good one, a man with a bit of a bad boy personal past, someone who appeared to show more promise than he ever realised, but, now, on the verge of having found his vision again.

Inexplicably 18 minutes into the flight, the plane plunges off radar and crashes into the ocean. Even more seemingly improbably, two survive; Scott Burroughs, the artist, and the CEO’s youngest child, 4 year old JJ. That survival is almost impossible to credit or imagine, and happens because Burroughs, influenced when a small child by the media star figure of Jack LaLanne, had taken to ‘you can do anything if you really put the work in’ challenging swimming. With busted shoulder, in fog, wreckage and darkness, he takes the heroic path, hearing the child crying out somewhere near him in the ocean and gets the two of them to shore, several miles away.

The high profiles, power and wealth of David Bateman, the TV man, and Ben Kipling, finance supremo, suggest that the crash may have been more than ordinary mechanical failure. So contrasting investigative teams are drawn in. One, searching purely for evidence about aircraft and its safety, the other, part of an investigation into motive, and lawbreaking, not to mention, terrorism.

In these days, conspiracy theories are always of far more interest than rational explanations. Scandal, we all know, sells. So there are also far scummier motivations at work. Bateman’s populist channel has a rabble-rousing, fake-news peddling, soaring ratings presenter, Bill Milligan. So…….whilst some news outlets present more sober, as factual-as-the-can-be-till-we-know-more accounts of what happened, and are pretty sure that Scott Burroughs is a good, old-fashioned hero, others have more of an ear out for the whisper of conspiracy.

Burroughs is by nature a private man, and unwilling anyway to become the fodder of a feeding frenzy of ‘how did it feel?’ ‘how did manage to do that?’ interest, however benevolently curious. This, in part, feeds Milligan’s natural tendency to hone in on any jugular going – invented or not  – blood-letting, sleaze, slime gets massive ratings. Some journalists exploit our seamier desires.

Stylistically, Hawley gives us the inside stories, the in the head viewpoints, of all who were on the aircraft, passengers and crew, all involved in the investigation, and others drawn into the fallout of tragedy.

This is thriller – why did this happen, is there a hidden agenda beyond the obvious – 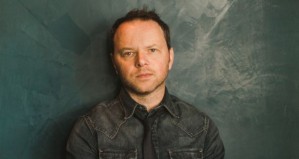 which is wonderfully page-turning, but, all through, it also makes the reader think. How responsible are we, when we consume sleaze stories, for the continuation of sleaze? There are other topics thrown in for good measure, often little more than asides, Hawley casts pearls, and we must hope we are not swine! A classy, thought provoking thriller.