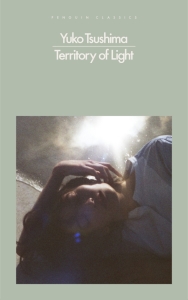 Though it could be said this is a ‘slight’ book, it is not without its own uncomfortable power. I found myself thinking of The Bell Jar, at times, transported to a different culture (Japan) where not so much is stated or shown, and the narrator’s emotional and existential fractures have a kind of varnished, disguised quality to them, even from within her own expression

Set in Tokyo in the 70s the slim book charts a year in the life of a woman who has rented a fourth floor apartment, the ‘territory of light’ in a mainly abandoned commercial property

The unnamed narrator is a young woman with a toddler, separated from her wastrel husband. The only name we have for her is her last name, her married name, coincidentally the same surname as the building’s landlord. It is totally fitting that we do not know her name – she is a demographic – young woman, separated, single mother, struggling to keep finances together, juggling the requirements of work and childcare. She is isolated and the separation from her unsuitable partner (her mother advised against the marriage) is something shameful. She is outside society.

This is a deeply melancholic book, with a strange, dissociative, dream like quality. The rhythms of the writing are somehow both spare, slow and clear. Reading, in my head I could hear the evocative, misty soundscape evoked by the shakuhachi flute, and see in my mind’s eye some typical Japanese calligraphy and artwork featuring a mountain and a crane – a kind of still, sad beauty constructed over sadness. 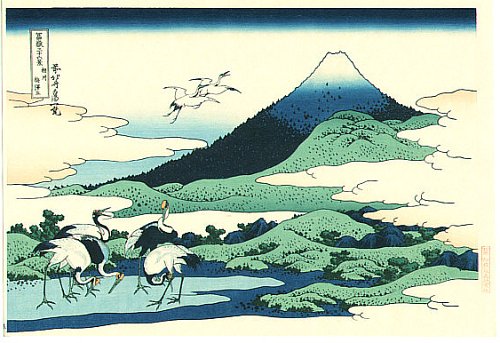 I wanted to read and surrender to the ‘nothing happens, everything happens’ sensibility of this – little high drama, much recounting of everyday, but in a way which set down roots into depths, shoots into light – but it took me far longer to read than its short length should have taken. And this was because the atmosphere was pervasive, misty, and the spare writing invited the reader to stop, reflect, let the images build

To the west, at the far end of the long, thin apartment, a big window gave onto the main road; here the late sun and the street noise poured in without mercy. Directly below, one could see the black heads of pedestrians who streamed along the pavement towards the station in the morning and back again in the evening. On the footpath opposite, in front of a florist’s, people stood still at a bus stop. Every time a bus or lorry passed by the whole fourth floor shook and the crockery rattles on the shelves. The building where I’d set up house with my daughter was on a three-way intersection – four-way counting the lane to the south. Nevertheless, several times a day, a certain combination of red lights and traffic flow would produce about ten seconds silence. I always noticed it a split second before the signals changed and the waiting cars all revved impatiently at once

Geraldine Harcourt is the translator of this strange, subtly unsettling novella, originally published in a Japanese monthly literary magazine, in the late 70s. I have never read any of Yuko Tsushima’s work before, or, indeed heard of her. Something I intend to rectify – there are a couple of other titles, either pending publication or already published by Penguin Modern Classics. I have fallen under this writer’s spell

I was lucky enough to receive this as an ARC via NetGalley. Amusingly, though the published Kindle seems properly formatted, the ARC had some curious errors – any words containing any of the following letter combinations, had those letters missing, which added to the strange, elusive, not quite graspable spell of the piece – ff, fl, fi – so office floor became o ice oor. At times it was like trying to piece together a fine cracked piece of porcelain!