Slough House Appetiser before the banquet…..

Whilst waiting for my next big fix – Volume 5 of Mick Herron’s wonderful Jackson Lamb series, I discovered the existence of this small novella. I think there may be more, similar, presumably little bonnes bouches which Herron crafts on the side for impatient fans of the series

Dieter Hess, an elderly agent, run by someone from Regent’s Park, has died. Ferocious, steely Diana Taverner, Number 2 desk, and a brilliant creation in the series, discovers there is more to this than meets the eye. The agent’s handler, John Bachelor someone on the verge of seedy himself (though urbane, sophisticated and classy compared to Jackson Lamb) is terrified of Tavener (isn’t everyone except Lamb?) ‘Lady Di’ as she is known, without affection, makes it clear to Bachelor that any messes resulting from Hess’s death will not be dealt with by her, and Bachelor will pay all prices – it appears Hess may have been a double agent.

Bachelor must come up with a skin-saving solution, and fast.

It was extraordinary, thought Coe, how much a badly dressed shoeless fat man could look like a crocodile

The denizens of Slough House are not really centre stage in this one, though Jackson Lamb and Catherine Standish do memorably appear in an encounter with a rookie agent who Bachelor fingers for his fall guy, just as Tavener has fingered him. Big sharks eat smaller sharks who feast on smaller sharks still

Catherine turned ..”by the way, what is that round your neck?”

“Somebody’s scarf. Found it in the kitchen” . Lamb scratched the back of his neck. “There’s a draught.”

“Yes, keep it on. Don’t want you catching cold.”

She went back to her own office to ring Coe, thinking: So that’s where the tea towel went.

This takes a pleasurable hour to read, and reminds the reader, if they enjoy the 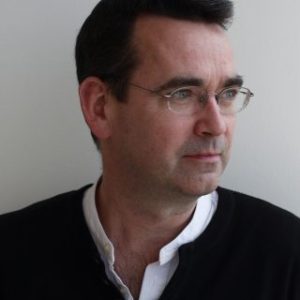 teasing twists in this one, how much more nail-biting, heart-breaking, and audacious those twists are likely to get in the full length, London Rules, available early in February.

Not to mention, funny, amongst the darkness, Lamb is a glorious, obscene presence.