Supping, or ghost writing, with the devil …..

I love Richard Flanagan’s writing, and the compassion which is evident in the writer, from his ability to see the redeemable in the flawed, and the flaws in the heroic. Flanagan’s characters never fit easily into a perceived stereotype, even when we think they might. This writer is one at home in nuance

Although I will admit that the extraordinary height and depth of Narrow Road to the Deep North is not reached in First Person – and, in some ways, such a very lacerating exploration into what it might be to inhabit the best and worst aspects of humanity – might not be a journey which could be made again by a writer. In a way, I suspect it might be necessary to swim in shallower (though perfectly interesting) waters for a while.

Not that First Person is in any way, superficial, but it is certainly games-y, the writer writing about writing, being savage and mocking and funny about the whole ‘business’ of writing, publishing and its commodity status. And Flanagan plays with the reader too, making us wonder just what is autobiographical here, how much is Flanagan his central character Kif Kehlmann? It is the early 90’s Kif is an aspiring literary fiction writer in his twenties from Tasmania, who, having difficulties getting published, and with an impending family to feed, accepts with misgivings something which feels like a betrayal of his Art – to ghost-write the memoirs of a criminal. Siegfried, ‘Ziggy’ Heidl is a high end corporate fraudster, and his memoirs, in these days of success often belonging to the tawdriest and loudest figures, will be gold-dust.

Flanagan, as he has made clear, is to a certain extent, mining his own past. In the early 90s, Flanagan, a Tasmanian, an aspiring writer in his 20’s, finding it difficult to get published, ghost wrote the memoirs of a corporate fraudster, John Friedrich. And some further parallels to Friedrich are mirrored in some of Heidl’s story, as I discovered, doing a bit of research after I had finished this book 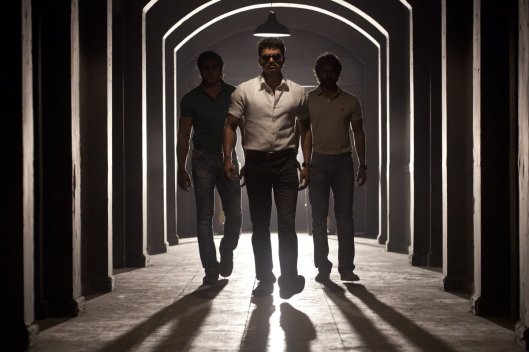 Ziggy is a complex, dangerous, controlling man and Kif is very quickly out of his depth. Ziggy is a somewhat charismatic figure, in a frightening way. He has hidden depths of thought and perception in some ways, whilst having completely unhidden, bombastic, narcissistic, mendacious shallows in many others.

Caught between the devil of the publisher and his advance, the need for the ghost written book to be published yesterday, whilst the story, Heidl, and potential sales are hot, the deep blue sea is Ziggy himself . Struggling to do proper journalistic investigation to flesh out a rather evading, evasive story and the turgid detail of Ziggy’s memoirs which Kif is being hired to polish, Kif is progressively getting drawn into something quite dark. If you like, biographical detection work is going on, and cans of disgustingly wriggling worms will pour forth.

And, for Kif, he is going to be irretrievably changed by this encounter, with this having knock on effects in his personal, family life, and with a significant childhood friend who has been the means of getting Kif involved in the Heidl project in the first place. Past, present and future will all get cracked.

The structure of the book is not linear (it often isn’t these days!)

An older Kif, now working in reality TV (another kind of manufactured lie) looks back on the young Kif, making a Faustian pact, accepting the business deal to ghost write these memoirs, rather than ‘literature’. Difficult to tell whether Mephistopheles, in Kif’s case, is evasive trickster Ziggy, or the publishing house hiring him on the cheap to ghost write. A publishing house whose supremo :

was frightened of literature. And not without good reason. For one thing, it doesn’t sell. For another, it can fairly be said that it asks questions that it can’t answer. It astonishes people with themselves, which, on balance, is rarely a good thing. It reminds them that the business of life is failure, and that the failure to know this is true ignorance

The book does contain challenges for itself – Kif is possibly not a very good writer (though Flanagan is!) So, writing not very good writing (there are excerpts where Kif is trying to hone his manuscript) is inevitably a bit of a tightrope.

This is a book which has certainly divided readers – both professional reviewers and us happy readers and reviewers for pleasure.

It is certainly one I’m recommending, but do find myself in a slightly curious position of being not sure, amongst my bookie friends, of knowing who will love it and who will be utterly bemused by my recommendation of it

Look inside, browse, take a punt.

It is a very different book indeed from ‘Narrow Road’ and that in part is my appreciation of it – Flanagan doesn’t rest on his own laurels, but is a writer who explores other paths – he is not a ‘play-it-safe’ writer, even with his own strengths and success

Now, I am never sure how useful it is to know anything about an author’s own nature, but I must reveal that what first drew me to read Flanagan at all (Narrow Road) was hearing an interview with him on Radio 4. What i picked up was : here was someone who was not sucked into media hype – or even into any media hype about himself, with having been nominated, and then winning, the Booker with that book. This was not a man who answered glibly, rather, revealingly, thoughtfully, spaciously. I liked his stillness, presence, and felt that he listened to the interviewer, listened to how he understood the question, and tried to answer from an honest place. That was what drew me to read Narrow Road, as much as its nomination and subject matter. And I found what I detected in the man, in the writing.

Late last year, having just read, and still in the process of digesting, First Person, I accepted an invite from BBC World Service Book Club, to attend a broadcast interview with Flanagan, where Booker winning book would be discussed with him, and questions taken from around the world. And I was even more impressed by what I experienced as an authenticity in this writer. And his ability to be talking about wider, deeper matters than what he is directly talking about. I was scribbling frantically, interesting things said, which have given further reflection – quotes below are not from the book, but from that interview and Q + A. I felt I had been present at something quite unusual. It was the first such World Service Book Club event I’d attended, but, talking afterwards to some people who regularly attend, that feeling I had was verified by others

“Memory is an act of listening and creation”

He said that he was against the idea that literature can ennoble or save us, but that  it (literature) is OF life – chaotic, mysterious, and not separate from life

He referenced Nietzsche, who said hope was the cruellest emotion, to which Flanagan’s response was “without hope we are nothing….the highest expression of hope is love”

Of course, these were all reflections arising out of discussion and Q + A about Narrow Road, but I took away a lot of sustaining stuff to mentally and emotionally chew on

There was one point where I disagreed profoundly, bur did not leap in to interject something I wanted to continue to mull over – that idea that literature cannot ennoble or save us – personally, I think that it is BECAUSE good literature is prepared to be chaotic, mysterious – like life itself is, and therefore, sometimes deeply uncomfortable – that it can take us to places where we refuse to go, and make us inhabit chaos and mystery, that is, inhabit life itself, the life of others, the life of other, in ways we sometimes do not want to. It is in our living that we sometimes try to separate from what life is – reducing to the easy soundbite, the pat response. Literature, art itself says, “Listen, Look, and makes us WAKE UP!” And waking up, surely is what may save us?

I received this as a digital review copy from the publishers, via NetGalley