I have adored Rebecca Solnit’s writing since I found her wonderful book exploring an activity almost all of us do, or have done, and take for granted, though some of us have a passion for it – walking.  Her book Wanderlust, A History of Walking showed what a fine, broad, interesting mind she has, exploring the biology and evolution of walking, the development  of walking for pleasure instead of necessity, cultural attitudes to walking, the sexual politics of walking, walking as resistance and political action, and much much more.

So I knew I was going to be absorbed, educated, enlightened angered and amused by Men Explain Things To Me and Other Essays, a collection of investigations into various aspects of the relationship between men and women, and into the workings of a society which has clearly shown of late how far we still have to go

In the first, title essay, Solnit looks at ‘mansplaining’ though she doesn’t use the term with a wince-worthy encounter with someone who clearly was all mouth and no ears. 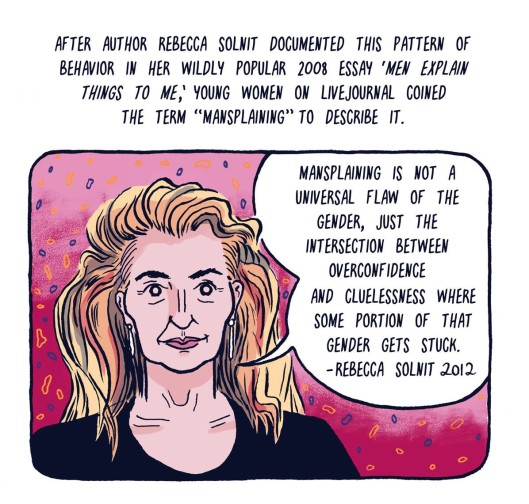 The Longest War explores the dark subject of rape.

We have an abundance of rape and violence against women in this country and on this Earth, though it’s almost never treated as a civil rights or human rights issue, or a crisis, or even a pattern. Violence doesn’t have a race, a class, a religion, or a nationality, but it does have a gender

Worlds collide in a Luxury Suite takes the issue of power and domination into the relationship between capitalism, the IMF, and the way the developing world has been exploited and held back. She links this story with the personal one of Dominique Strauss-Kahn formerly head of the IMF, and the African chambermaid he was charged with assaulting

In Praise of the Threat looks at the changing history of marriage, and how same-sex marriage, without the historic inequalities of marriage between the sexes, metaphysically may make for a recognition that a marriage should be between equals. Which is not what marriage has traditionally been.

Grandmother Spider examines the invisibility of women within much genealogy. Look at the Bible, as example. All those begats, almost all men. Where are the daughters in  the list, where the mothers?

Fathers have sons and grandsons and so the lineage goes, with the name passed on; the tree branches, and the longer it goes on the more people are missing: sisters, aunts, mothers, grandmothers, great-grand-mothers, a vast population made to disappear on paper and in history

Woolf’s Darkness is a celebration of Virginia Woolf, and her willingness to face the darkness – her own and the world’s, and to engage with the mysteriousness of life, and the not-knowing. This is probably the most poetic of the essays. By which I mean that it takes the reader, by flash of unknown and surprising juxtapositions, as poetry does, into seeing the non-linear nature of our lives

We know less when we erroneously think we know than when we recognise that we don’t. Sometimes I think these pretences at authoritative knowledge are failures of language: the language of bold assertion is simpler, less taxing, than the language of nuance and ambiguity and speculation

Pandora’s Box and the Volunteer Police Force is a celebration of feminism, which, as Solnit points out is not just about changing women’s lives for the better. We (men and women) are on a journey here

Feminism is an endeavour to change something very old, widespread, and deeply rooted in many, perhaps most, cultures around the world, Innumerable institutions, and most households on Earth – and in our minds, where it all begins and end”

“I think the future of something we may no longer call feminism must include a deeper inquiry into men. Feminism sought and seeks to change the whole human world; many men are on board with the project, but how it benefits men, and in what ways the status quo damages men as well, could bear far more thought 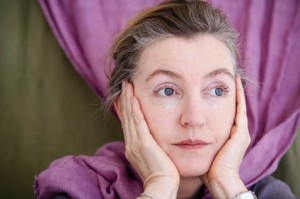 11 thoughts on “Rebecca Solnit – Men Explain Things To Me : And Other Essays”