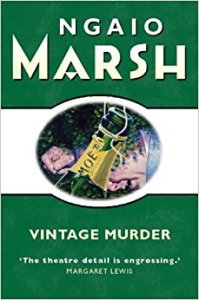 Vintage Murder, Marsh’s 5th book in her Inspector Alleyn series, published in 1937 is, like the second one, Enter A Murderer, given a theatrical setting. This was of course the author’s true home anyway. As is the slightly surprising location of this one – New Zealand which is, again, Ngaio Marsh’s home. Just as the reader is getting used to Alleyn’s regular companions – ‘Brer’ Fox, Bailey and Thompson from the Yard and the bumptiously enthusiastic journalist Nigel Bathgate, we have to journey with Alleyn sans regulars, though assiduous readers will be pleased to see that the sensible character actress Susan Max, from book 2, is also ‘down under’ as one of the members of The Carolyn Dacres English Comedy Company, touring New Zealand. Alleyn, on extended recuperation leave from Scotland Yard following some kind of major operation (we are not party to his medical records) encounters the company and renews his acquaintance with Max on the train travelling to their first New Zealand performance in North Island. The urbane Alleyn gets to meet the company, and is invited to a celebratory back stage party.

Unfortunately as a death occurs, and is, of course, murder most horrid, and Alleyn was present at the scene of the crime, he begins as a witness and potential suspect, as the local police investigate. Quickly realising his impressive credentials – he is the author of the major manual for young Police Investigators in cop school – the locals are happy to have him join the investigating team. Far from viewing the locals as ‘hicks’ and crashing in with offensive superiority, there is a nice give and take between the New Zealand professionals and the Brit, with respect shown on both sides. Something I particularly like about Marsh is her relative freedom from the class and race attitudes which are rather prevalent in ‘Golden Age’ To be sure, prejudice does show, in attitudes towards another person present at the murder scene – a Maori physician – but Alleyn is interested to gain knowledge about a culture so very far from his own. 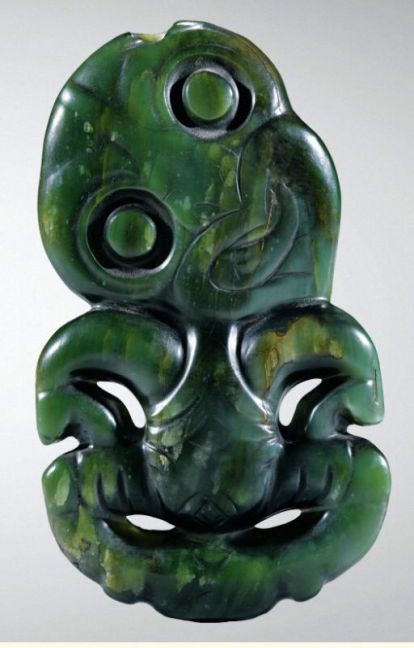 Ngaio Marsh continues to delight me with her wonderful crafted writing, depth characterisation, fiendish by believable plotting. She gets better, so far, book on book, and has effortless wit and style in the person of the marvellous Alleyn.

I was particularly enchanted, in this book, by the inclusion of various sketches from Alleyn’s notebook – the ingenious mechanism by which murder most horrid was done, and the methodical method by which Alleyn records the precise sequence of events, movements of suspects, locations, motives, alibis and all

Alleyn continues to be a romantic at heart, rather susceptible on the inside to the charms of strong-minded, intelligent, sophisticated and vibrant artistic types. Here, leading lady Carolyn Dacres causes his heart to flutter, and he is susceptible. As in the second book, he is remarkably chivalrous, neither taking his position of power or his own allure for granted. Marsh allows him no bedroom scenes, his behaviour is proper, but he does feel he could easily fall under the spell of a woman of charisma, beauty and intelligence, even if, as he half suspects, he might be being played. I assume susceptibility to alluring actresses will not trouble him much longer, because Marsh is getting to the point in the series where Alleyn will soon meet his match and well-deserved destiny…………

What good fun she has. Unlike modern crime novels, there is a lack of grisly detail on the very bloody way violent death happens, which suits me fine, having a somewhat vivid imagination and delicate stomach!