“home for me was a place I was going to, rather than a place I could occupy” : A story of wanderings 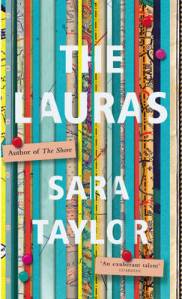 Sara Taylor’s first novel, The Shore was a stunning debut, a collection of individual stories which were interweaving, deeply entangled exploring the history and geography of a small group of islands off the coast of Virginia, and the families and their descendants who marked the place, and were marked by it

So I was extremely interested (and with some trepidation) to read her ‘can you follow THAT – always a challenge when a debut writer sets a very high standard for themselves to meet again.

Well, I need not have worried. The Lauras is a very different book, but it is equally immersive, equally assured, equally wonderful.

Out of the dark, foaming ocean a sun was rising, massive and red. It balanced on the black line of the horizon and spilled its blood across the sky, tore the scudding clouds with pink and caked the wet sand, and for a moment, I wondered if, in the course of my sleeping, we’d made it to the end of the world, where the sun rose out of the ocean like a newborn thing in the way I’d always imagined seeing but never had

Taylor, originally from rural Virginia, clearly has a love of the landscape of her country, and this is evidenced in this book, effectively, a mother and child road trip. However, Taylor chose to complete her education in the UK, where she now lives, so she also brings that interesting outsider’s eye to her native country. Something being explored here, in many ways, is identity, and those who, in different ways, do not fit into the world which mainstream cultural thinking, and existing structures, have designed. Her interest is in misfits – which to some extent must mean almost all of us. Few are perfectly round pegs easily happy in perfectly round holes. 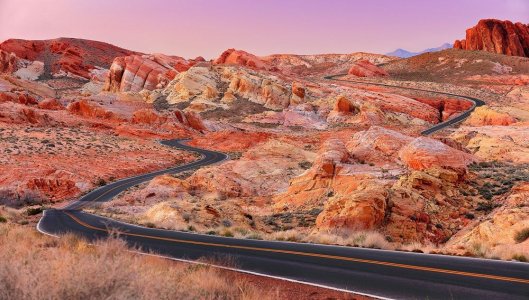 The mother in this story is clearly an outsider – child of Sicilian immigrants, she is not quite Sicilian, not quite American. Circumstances led to her having a wild, disrupted childhood, and she was fostered. The road trip is towards a journey back to her own past. She is married, with a thirteen year old child, but the marriage is foundering. Alex, the 13 year old is torn between whether to follow mother or father as the primary identity role model, as children of breaking marriages often can be. Ma rather takes matters into her own hands, following a particular row. She has been planning on escaping this marriage for some time, and has had hidden bags packed in readiness. Alex is scooped up in the middle of the night, without really knowing what is going on, and the two set out on a two year and more road trip, sometimes hunkering down so Alex’s schooling can continue, whilst Ma works at menial jobs. She is searching for some specific friends from childhood and young womanhood. Friends, and more than friends. Ma has a fluidity around her sexual orientation as well as her nationality and cultural identification. Coincidentally a few of the early significant friends were called Laura, so the name has acquired potency.

Ma and Alex are dependent on the kindness of strangers, at times, but are also at risk from the unkindness of others, and sometimes, they will have to be the ones offering kindness, or seeking to right wrongs and dispense rough justice

Narrator, now an adult, looking back some quarter of a century, is Alex, so the narrative voice is adolescence through the filter of maturity

Memory is slippery, not even like a fish but like an eel, like an ice cube, like a clot of blood whose membranous skin can barely contain internal shifting liquidity. It’s something that, the firmer you try to grasp it, the weaker the hold you have on it, the less trustworthy it becomes. But it doesn’t matter what really happened, does it? Reality matters less than how it is perceived, that edge or feather or scale that you catch onto as it flickers by. And after a year or ten in a dingy pocket who can say if it was a lizard’s scale or a dragon’s in the first place?

Unfortunately, so very much about this book might be spoiled for a reader if further information is given, yet I’m aware that a review this evasive or woolly might fail to lure a potential reader. I will have to err on the side of evasion. Like things are in this book for Alex, who does not know the destination Ma is heading for, it is the unknown journey – road, or book, which is the point. Naming, defining, holding out signposts for readers would be destructive

Humans – most of us, at least – have the incapability of pondering the really terrifying things for any serious length of time. It’s probably what keeps us from throwing ourselves off cliffs in mass fits of existential crisis

Taylor tells a wonderful story, and her writing of it is beautiful, crafted, sure. 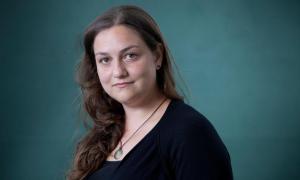 I recommend this very strongly. I read it in digital version for review, from the publishers via NetGalley

I await Taylor’s next book with even higher hopes. Tremendous

12 thoughts on “Sara Taylor – The Lauras”