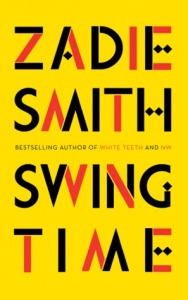 The novel begins with the narrator hiding out for some reason, in disgrace, pursued by newshounds :

It was the first day of my humiliation. Put on a plane, sent back home, to England, set up with a temporary rental in St. John’s Wood…..It had been chosen, I think, because of the doorman, who blocked all enquiries. I stayed indoors. The phone on the kitchen wall rang and rang, but I was warned not to answer it and to keep my own phone switched off.

An arresting beginning then, and for sure we want to know more. Smith gives us a story to pursue, not in a straight backwards or forwards linear fashion, but as an inter-cut between the recent past and the earlier past. This is a story of friendships, and particularly female friendships, betrayed. It is a story of race, of class, of cultural appropriation, of fame, of aspiration, of different ways of making changes in the wider world.

The story begins with the friendship between 2 young girls, united by a ballet class and by their colour. The narration, and her ‘bestie’ Tracey, meet at a local ballet class. Both are mixed race, Tracey is the child of a white mother and a mainly absent black father, round whom she weaves myths and stories. The narrator’s mother is a fiercely intelligent black woman, learning from life experience and from her own inquiring nature, lessons about political consciousness, particularly around race, class, gender. That drive to learn, however, also imposes a certain chilly emotional distance :

More than she knew or cared to know, she was someone who lived in her own dreamscape, who presumed that everyone around her was at all times feeling exactly as she was

The narrator’s white father is steady, laid back, devoted to his wife and daughter but without ambition. The relationship between her parents will founder over the mismatch between drive and passivity. 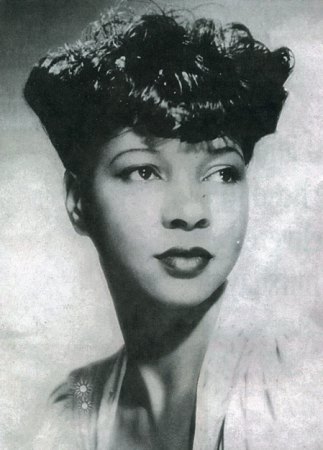 Jeni Legon, the first African-American woman to be given a long term Hollywood contract : an inspiration to the central character of this book

The little girls are talented ldancers, but Tracey is exceptional. The narrator’s gift is more connected with singing, but education will take her into academia (her mother’s fierce longing as the way to make changes) Tracey is the stronger character, and the one with the most gifts, however her struggles are as much because of class, as ethnicity. The relationship between the two girls is a central one. As is that between parents (particularly mothers) and their daughters

Later, the narrator will be precisely placed in time and space to be ‘cool’ and on the edges of the musical scene, ready to be swept up by Aimee, a global singing and performance superstar, a kind of amalgam of Kylie Minogue (she is Australian) and Madonna. The selfishness and self-absorption of the fame machine means Aimee gathers her up as part of her entourage. Aimee sets herself a laudable ‘eradicate poverty’ goal, but her methods, and persona, lead to as many problems as solutions when she descends, whirlwind like, from the skies, to found an education project for women in a West African village. It is the narrator who will learn most, and be forced to question much about herself, the village community, the project itself, and the sometimes arrogance of white ‘do-gooding’

The nature of female friendship will be explored here too, the friendships the narrator makes with some of the village women, and particularly, friendships where differences in power set up inequalities : the narrator is less crucial to Aimee than Aimee is in her life.

Zadie Smith of course, writes beautifully, intelligently, vibrantly. The problem I found however, which accounted for the like not love, was in part a difficulty in really embracing and feeling the central character. I wondered how much her ‘un-naming’ set a distance between her and us – plus, the feeling that in the main she was observing and outside and more passive in the lives of the other, more powerful characters – mother, Tracey, Aimee. She has something a little disappointing at the core, a sense of not achieving her potential (her mother feels this about her, too) And part of that ‘not quite achieving’ is a kind of emotional lack of dynamism. She does not vibrantly, fully, engage with those around her – or her own creativity. The story is built around this unnamed ‘best friend’ type character – if this was a movie, she is ‘best friend’ not hero – but she is not particularly good at being best friend, either. In a way, Smith doesn’t offer us much hope for friendship!

Perhaps the problem, why I couldn’t ‘love’ is that whilst engaged, interested, my experience was more of being told, than truly experiencing the emotional inside of the central character. It was the narrator’s mother who was the most fleshed out, whom I came closest to ‘feel’ 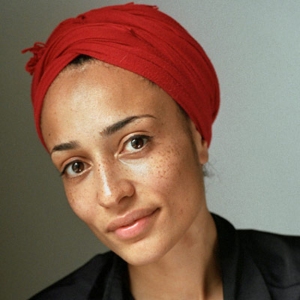 I do recommend this for an interesting, absorbing, though rather long book – narrative drive did falter slightly. I am pleased I read it, but not transformed.

I received this as a copy for review from NetGalley