Susan Ryeland is a literary editor for Cloverleaf Books, a small, independent publisher whose success is primarily dependent on one man, ‘Golden-Age’ crime writer Alan Conway. Well, to be properly precise, Golden-Age-Crime-Genre writer, as Conway, like the rest of us, lives in modern times. Conway, of course, is the author of the hugely successful Atticus Pünd series of detective novels, and the series is an homage to Agatha Christie, amongst others, in many ways. A BBC TV series is pending, and the latest book in the series, Magpie Murders, is enticingly waiting for Ryeland’s editing work to start.

Ms Ryeland introduces herself, and then the first half of the book which you might be considering reading is Conway’s manuscript, as submitted to Cloverleaf Books. It’s helpful to keep that in mind, as you peruse, as the book entitled Magpie Murders, by the author Anthony Horowitz, also has much involvement from Susan!

Sometimes, authors play tricks games and deceptions on their readers, and we resent untoward, unsubtle manipulations, and sometimes – as here – the more we are tricked, distracted, deceived and toyed with, the more we love it, gasping at authorial audacity, crowing with delight as rug after rug is whipped from under us, and as every clue we cry ‘AHA!!! ‘about turns out to be a herring of reddish hue, we want to applaud the author for his cleverness and our own naïveté

This is a most delicious romp. I can’t really say more, because I think the less the reader knows about the journey Horowitz will take them on, the more they may enjoy it. He is a consummate craftsman of the genre, and it was a complete delight to surrender to his writerly skills

All I would say, is that the decision to allow to Susan introduce herself first is an extremely good one, stylistically. It prevents the sort of sudden tricksy surprises an author might spring which leave the reader feeling cheated – information which should have been revealed, withheld by authorial contrivance, only. And what it also does is create an interesting double perspective right at the start, and reads one way, with another reading possibility lurking whisperingly in the mind.

I enjoyed this so much that I could hardly bear to put the book down, and was also MAKING myself only read in short bursts, as I really wanted to prolong the pleasure for as long as possible.

If you are an aficionado of Golden-Age Crime writing, particularly Christie, I expect you will enjoy it even more, due to the little synchronicities which you will recognise. But, fear not, because if these pass you by, because you aren’t familiar enough, (they did me!) Ms Ryeland is remarkably helpful so that the innocent can still appreciate the jokes!

There is also some no doubt helpful advice, for those plotting their own detective novels, from Ryeland’s years of appreciation of the genre, and the editorial skills she brings to bear on her work, when reading submissions from prospective authors:

If there is one thing that unites all the detectives I’ve ever read about, it’s their inherent loneliness. The suspects know each other. They may well be family or friends. But the detective is always the outsider. He asks necessary questions but he doesn’t actually form a relationship with anyone. He doesn’t trust them, and they in turn are afraid of him. It’s a relationship based entirely on deception and it’s one that ultimately, goes nowhere.

I received this, as an ARC, from the publisher via NetGalley. And have to say, to my huge joy, given the subject matter, there were quite a lot of formatting and typo mistakes. Not having seen the ‘out on the shelves’ version, I can’t say whether these are deliberate or not, but they did add to the fun for me, rather than irritate!

Let me leave the last word to the erudite, literary Ryeland:

I’m not sure it actually matters what we read. Our lives continue along the straight lines that have been set out for us. Fiction merely allows us a glimpse of the alternative. Maybe that’s one of the reasons we enjoy it

And the designer of that delectable cover should be commended, something Kindlers 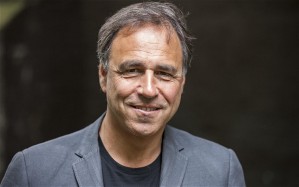 The final word will be mine, after all: those amongst us who are a little squeamish about dripping-with-gore-crime-fiction, rest assured that though there are a couple of quick arresting images which might cause those who are easy visualisers to become a bit squeamy for a moment, this is not lovingly dwelled on – we are, after all, in Golden-Age territory before serial slashers and their ilk began predictably stalking the pages of crime fiction, casually dismembering women (particularly beautiful ones)