Sex and Spying In The Weimar Republic 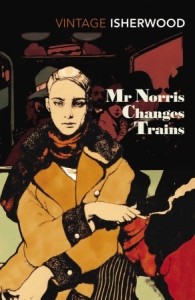 Christopher Isherwood, inextricably associated with W.H.Auden and Stephen Spender, represents a kind of educated, literary, urbane Englishness, but with interests outside provincial England. Left wing, fairly openly homosexual (when it was illegal) intellectual, finely crafted poets, playwrights and or novelists. And sometimes moving between more than one genre, and even collaborating as writers.

Cambridge educated – though he never finished his degree, Isherwood was drawn to the decadent, artistically modern, politically volatile city of Berlin at the tail end of the twenties and early thirties.

In this book, – and in his more well-known one, Goodbye to Berlin – mainly because it was later turned into the movie, Cabaret – he recounts his experiences in that city, as political instability intensified, and lines of allegiance became sharply drawn, and the Nazi party, initially regarded as a kind of loony fringe, not to be taken seriously, began its terrifying rise.

Isherwood casts himself as William Bradshaw, a young man, eager for the experience of living in another country, earning his living by teaching English to private students. Bradshaw meets the eponymous Mr Norris, striking up a conversation with him as a way to pass time on a long train journey.

As he spoke he touched his left temple delicately with his finger-tips, coughed, and suddenly smiled. His smile had great charm. It disclosed the ugliest teeth I had ever seen. They were like broken rocks

Norris is another Englishman, middle-aged, dissolute, clearly a not-to-be trusted wheeler-dealer of some kind, but his distinctly eccentric physical persona, and a strangely appealing charm, despite the obvious dishonesty, amuse Bradshaw, and the two form an unlikely friendship. Norris’s fastidious oddness – the wearing of bizarre wigs and an obsessive attention to prinkings and powderings not usually found at that time openly engaged in by English men, certainly not in England, is typical of the Berlin experience – decadent, sophisticated and utterly unprovincial, which proved alluring about to those seeking a more colourful, even dangerous, European experience. Norris, it later transpires, has predilections for a kind of wholesome sexual deviancy – he is open about his relations with a dominatrix and her ‘minder’ a young man who is a member of the Communist Party. It fact Anni, the whore, AND her minder Otto, are regarded as friends by Norris.

Political affiliations are centre stage everywhere. Isherwood, and Norris choose the Left, even though Norris is not necessarily, ever, quite what he seems, and may have fingers in many pies, as he also has some friends whose political allegiance seem to belong more naturally to the right.

What is marvellous about Isherwood’s writing, a kind of story telling journalism, an exploration of what it was like to be in Berlin, is that although he is undoubtedly writing about a period which became very dark and very dreadful, the second of his Berlin books, particularly, this is the undercurrent, flowing underneath a brilliant, light-touch observation. A sense of frenetic life, liveliness, wit and urbanity drive the book along, there is certainly more than a touch of fiddling whilst Rome burns about the Weimar republic. 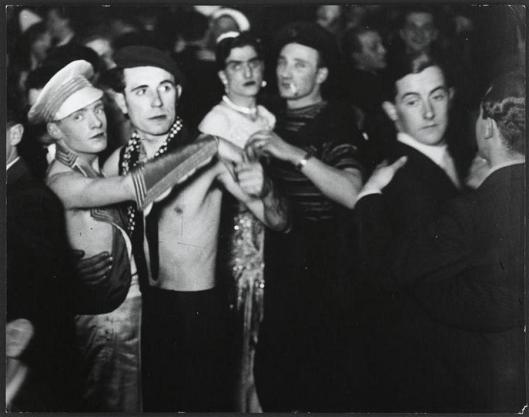 Norris himself is a quite extraordinary creation, and, just as Bradshaw is Isherwood’s novelising himself, Norris has a real origin – a friend of Isherwood’s, Gerald Hamilton, also a writer, and once known as ‘the wickedest man in Europe’. Hamilton was served time in prison for bankruptcy, theft, being a threat to national security, and, interestingly, numbered amongst his friends not only Isherwood himself, but the unlikely combination of Winston Churchill and Aleister Crowley!

The reader quite falls, as Bradshaw does, under his dubious charm, and it is a strange experience to find oneself appreciating the strange moral ambiguity of someone who would undoubtedly sell his own Grannie to the highest bidder, yet, somehow, even whilst Grannie might even know that herself, he comes across as naughty, rather than vicious. Or, as Isherwood/Bradshaw puts it, so much more elegantly at the start of the novel:

My first impression was that the stranger’s eyes were of an unusually light blue. They met mine for several blank seconds, vacant, unmistakably scared. Startled and innocently naughty, they half reminded me of an incident I couldn’t quite place; something which had happened a long time ago, to do with the upper fourth classroom. They were the eyes of a schoolboy surprised in the act of breaking one of the rules. Not that I had caught him, apparently, at anything except his own thoughts; perhaps he imagined I could read them

Once again I have been enchantingly led into a re-read by another blogger, in this 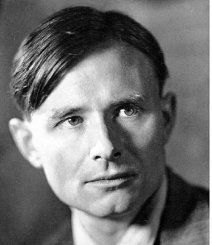 case JacquiWine, whose recent review of Christopher Isherwood’s semi-autobiographical experiences in Berlin between the wars can be found here