Albert Einstein Hawking Chaudhury (Al) our twelve year old narrator lives in Northumberland, with his mum, his stepdad Steve, and his stepsister from hell, Carly, who is definitely not emo, but is a goth. Nearby lives Al’s wonderfully eccentric grandpa, Grandpa Byron.

When Al was 8, his father (Byron’s son Pythagoras, Pye) died suddenly, aged 39. We don’t get to find out exactly how and why, initially. Some time later Al’s mum got together with Steve (whose wife had died from cancer). Steve is a good man, though rather dull, and tries really hard to be a replacement dad for Al. But he can’t really come close, because Pye was a wonderfully eccentric and interesting man. For a start, it turned out that he built a time machine, and wrote a letter before he died, to be delivered to Al on his twelfth birthday. And what he wants Al to do is to find the hidden time machine, travel back in time and prevent Pye from dying. Full instructions will be given. 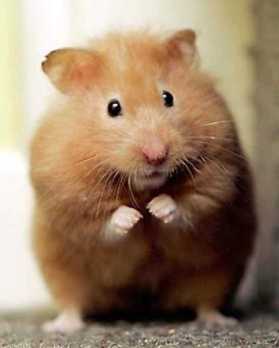 Meanwhile, apart from the unexpected birthday present of a letter written by his dead father, Al has a more conventional present of a football shirt for Newcastle United from Steve (Al hates football) and a more appreciated present of a hamster from his mum (the one in the book’s title) At least Steve suggests a name for the hamster which Al thinks is actually better than what HE would have thought of (Hammy or Fluffy) Al has no idea who Alan Shearer is, but it seems a mite more hamster original than Hammy or Fluffy.

A lot of the book is involved in explaining Einstein’s General Theory of Relativity and his Special Theory of Relativity, and how time travel might or might not work. This is done in an amusing and interesting way so that not only eight to twelve year olds but even adults without advanced qualifications in physics and maths might become a little the wiser.

This most enjoyable, page-turning, warm-hearted and funny book is about a lot more than time travel however. There’s a lot of emotional learning happens in the story, about love, loss, death, adventure, how to deal with bullies, friendships, not to mention the surprising relationships which become possible if you can time travel backwards and get to meet your relatives when they were younger.

Al, Grandpa Byron, Pye, and even Carly the Stepsister From Hell, not to mention Alan Shearer, are delightful companions for this journey, and I recommend this book most highly, not just to the target audience (probably 8-12 +, and especially boys as Al will be a wonderful peer to identify with) but also to those well past the age of 8-12 and of female gender. And, of course, to hamsters. Hamsters are Heroes!

for review purposes from the Publisher It is author Ross Welford’s first book. I look forward to more!

(I reckon this to be the most appealing, adorable, melt-the-heart and compulsive viewing post I have ever made. A hamster wrapped in a cuddle blanket filmed at a ridiculously sympatico angle, endlessly chewing on an everlasting carrot slice, clutched in its tiny paws takes some beating. Come on, let me hear you all say Aaaaaaaaaaaaaaahhhhhhhhhhhh! Even a  winsome kitten or twelve would find it hard to beat this one.)

19 thoughts on “Ross Welford – Time Travelling With A Hamster”