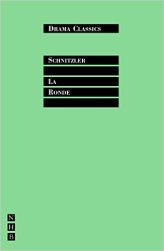 Arthur Schnitzler’s play La Ronde has had a curious history. Schnitzler originally wrote it in 1897. The first publication was a printing in 1900 for private circulation, under its original, German title, Reigen, and its first commercial publication was 3 years later, in Vienna, in a run of 40,000. However it was promptly banned by the censors a year later, and not re-published until 1908 in Germany. A translation and publication in French followed in 1912, with the title which has become most familiar, La Ronde. The translation into English was published in 1920, in a ‘privately printed, privately circulated’ edition

As the play is ‘A Round’ of sexual encounters, it was clearly seen as far too hot to handle.  The title also inherently suggests a kind of dance, where partners are swapped. The play is presented in 10 two-person scenes. Characters are not named, instead, their ‘function’ describes them – for example, the first pairing is the Prostitute and the Soldier. The second scene is the Soldier (from the scene before), with, now, a new partner, the Maid (Parlour Maid). The third scene features the Parlour Maid with the Young Master. The final, scene 10 encounter involves the Prostitute from the first scene, so completing the circle

As difficult as it had been to get the play printed, early performance proved equally challenging. It was not performed until 1912 (in translation), in Hungary, and was immediately banned after that first performance. It had its first performance in German in 1920 in Germany and 1921 in Austria, and was quite violently received, both pro and anti. The ‘anti-camp’ included not only those outraged by its frank acknowledgement of sexuality, but also those who objected to Schnitzler himself – he was Jewish, so subject matter and race were linked by the ‘anti-camp’ as some of those antis were anti-Semitic – the play seen as pornographic, the author attacked as a Jewish pornographer. Schnitzler withdrew the rights to public performance of the play in German, though the play was popular in other countries, in translation – and, most particularly in France, where there were a couple of movie adaptations, one by Max Ophuls (1950) and one by Roger Vadim (1964)

When the play came out of copyright early in the 80s, it rather gained a new lease of life, particularly with versions which updated the setting (1890s Vienna) to a more modern take on how class boundaries break down when sex itself, divorced from any idea of permanent encounter, or even, from love, is engaged in for its own sake

So there have been several adaptations of the play setting it in the gay community, a production with characters with a range of sexual orientation, and productions where the ‘class-levelling’ encounters were differently expressed, so, for example instead of Schnitzler’s ‘servant’ and ‘master’, the power dynamic could be expressed using more contemporary ideas of who has power and who doesn’t. There have also been re-writings or adaptations of the piece – for example, the British playwright David Hare, in his version The Blue Room. There have also been musicals based on Schnitzler’s play! 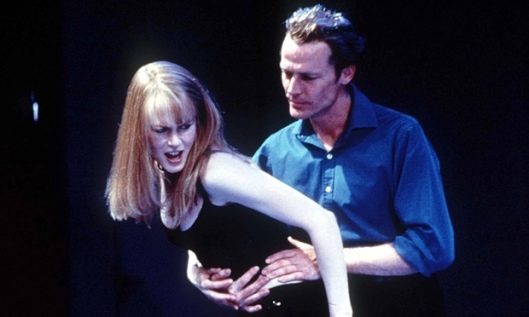 I have to admit I did struggle with reading the play – far more than the first two novels I read in ‘Reading the Twentieth’ – (Theodore Dreiser’s wonderful Sister Carrie, and Colette’s remarkably free spirited look at the sexuality of young girls, Claudine at School). Schnitzler reads as quite dated. Not to mention a little coy. I don’t know how much translation (Stephen Unwin and Peter Zombory-Moldovan are both credited as translators and writers of the excellent introduction) itself is responsible, and how much is a kind of more dated quality in spoken language, particularly when something about class is being suggested by the use of slang. Using original slang can lose punch. Trying to update specific language can still sound peculiar. Certainly, a play depends on far more than merely words upon a page, but some plays seem to leap more easily into how they might look and sound, when read silently..

So, for example, in this translation, in the first encounter, (Prostitute, Soldier) the Soldier says to the Prostitute at one point ‘Give us a snog’ – so, fair enough, language has been modernised…..except that, a little later the Prostitute says ‘At least give me sixpence for the housekeeper’ and, when he runs off without paying, her language is restrained, her curses mild : ‘You scum! Bastard!’ The mismatches irritated me. 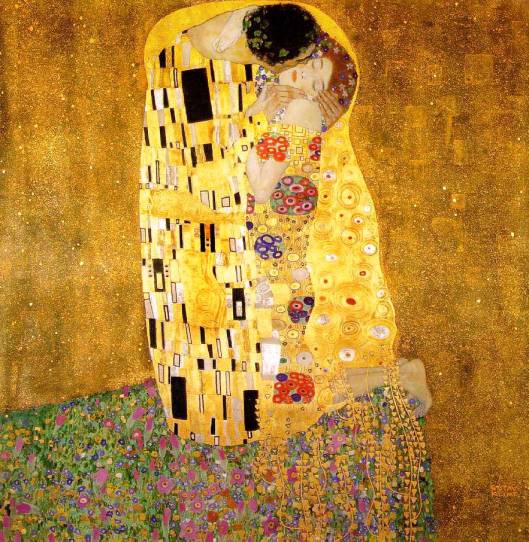 What I did find, far more fascinating than the play itself on the page, was that excellent introduction in this edition, which looks not only at Schnitzler himself, and this play in particular, but at the politics, society and culture of Vienna at the beginning of the twentieth century, and examines, for example, the popularity of the sentimentalism of Strauss’s waltzes, Lehar’s operettas on the one hand, and the disturbing, more challenging and unsettling ‘new’ music as defined by Mahler and Schoenberg on the other. In the visual arts, a Viennese variant of Art Nouveau was emerging – as seen in the work of Klimt; Egon Schiele was also painting, and there is a frank eroticism in the work of both artists. Sensuality up front, as in La Ronde. There is also, in the music, in the art, and in La Ronde, an underlying anxiety, a melancholy – it is that ‘ring of bright hair about the bone’, the ticking clock, the impermanence of it all – and Schnitzler himself, in a diary entry, links love and death together

Each relationship carries its death right from the birth, just as people do

Lest this all sound too gloomy, there is also, quite clearly, a playfulness in the encounters, and I suspect the best productions will contain the idea of a kind of dance between each couple, a flirtatious game of seduction, deception, dishonesty. The sex-cheating-death-for-a-moment is subtext rather than smacking the audience in the head from the off 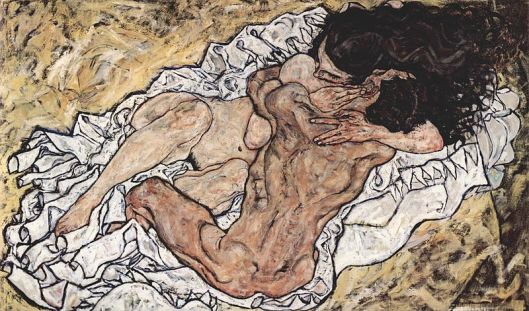 Schinitzler himself, perhaps unsurprisingly, as he had originally been a doctor, was a Viennese, and clearly interested in the mismatch between our conscious structures and our unconscious drives, corresponded with Freud, another Viennese, also Jewish, who of course has been a towering and central figure on ‘the Century of the Self’. Schnitzler, as a doctor, was interested in ‘psychological approaches’ in the treatment of physical ailments. Freud was full of admiration for Schnitzler, and how his writings , through imagination, were laying out much of what Freud’s books are about. Freud’s conclusions came from observations and encounters with clients, and the process of psychoanalysis

Part of my reason for reading this has been because my original choice of Dreiser, the desire for a lighter read (Colette) and the fact that Freud’s Interpretations of Dreams seemed to me to be far and away the most potentially interesting non-fiction book of 1900, did end up making a kind of reading pattern around women, and attitudes to their sexuality, and the powerful drives we cannot simply rationalise away, though that is indeed what we may strive to do – so, a mismatch between surface and what lies below the surface has seemed a common thread. Dreiser references some of what is being discussed in the Interpretation of Dreams, and talks at one point about pre-existing scientific theories of dreams, which Freud also spends a lot of time dissecting, before talking about his own findings. 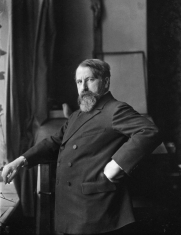 La Ronde has certainly been an illuminating 1900 piece, though, of course, a slightly controversial one to pin to a specific year, given its stop start, stop start history both on the page and in performance