Dark, violent, disturbing, beautifully written, and with an obsidian glitter

The Shore is a highly assured debut novel by a young author, originally from rural Virginia, whose tertiary education was in the UK, which is where she now lives.

The setting of this interweaving, deeply entangled collection of individual stories, spins itself backwards and forwards, picking up a thread here, leaving it dangling, working that thread into another patch of story, ranging between 1876 and 2143, within the geography of a patch of small islands off the Virginia Coast, and loosely within the interlocked lives of a couple of individuals born in the 1850s, and their descendants.

The family histories are dark indeed. Women, across the generations, abused by some of their menfolk, who are themselves hardened by poverty and prey to addiction, whether illicit alcohol, home stilled during Prohibition, or, in modern times, the cooking of crystal meth.

One family strand tells the story of Medora, child of a Shawnee Indian woman and a brutal white landowner. Medora learns the lore of plants, and within her descendants there are those who still follow shamanic ways, prophetic ways.

It’s extremely difficult to categorise this powerful book – the future moves into an obvious dystopian world, which is heralded in the declining fortunes of the rural community from that 1850s start, and which is echoed in the history of many rural communities in the developed world in the twentieth century.

The book starts with a murder and a mutilation, and there are more murders to come, not to mention rape, castration, physical and emotional abuse – and yet, there is no sense at all of a gratuitous writer titillating with all this

When news of the murder breaks I’m in Matthew’s buying chicken necks so my little sister Renee and I can go crabbing. There isn’t much in the way of food in the house, but we found a dollar and sixty-three cents in change, and decided free crabs would get us the most food for that money. Usually we use bacon rinds for bait, but we’ve eaten those already

I’m squatting down looking at the boxes of cupcakes on a bottom shelf when a woman steps over me to get to the register……….She’s a big fat woman, with more of an equator than a waist; she steps heavy, all of her trembling as she does, and for a moment I’m worried she’s going to fall and squish me. She dumps a dozen cans of pork and beans on the belt and gets out her food stamps, then digs down the front of her stretched-out red shirt and pulls a wrinkled ten-dollar bill out of her bra to pay for a pack of menthols

I really liked the fact that I never knew quite where I was going in her book, the fact that she does not follow a one directional linear route with it. The structure mirrored, if you like, the tangle of braided lives, with the grand pattern coming clear at the end, and earlier lives of people now long dead touching the sections set in the twenty-second century 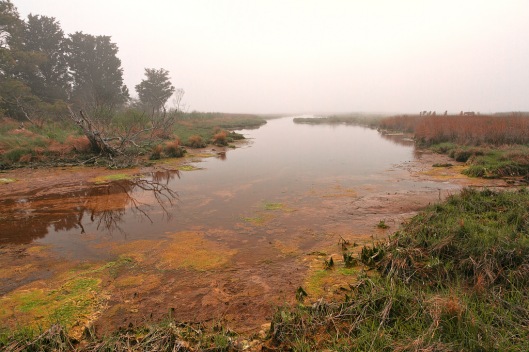 What is also noteworthy, despite the brutality, the violence, the wastedness of many of the lives, is a fierce connection to the land, and family ties, and friendships, particularly concepts of sisterhood, whether sisters by blood, or sisters purely by gender.

Finally, the UK book cover is rather wonderful. It does not at all suggest, or hint at the true nature of this book, and I am so pleased that it doesn’t. There could have been some very poor and schlocky design, illustrating some of the violence of the subject matter. It was only on finishing the book that the cover began to reveal its subtle appropriateness (shells, just shells of various kinds)

I will, for sure, be following this writer with interest. After such an assured, and original beginning, I have no idea what subsequent books might bring. Taylor has a voice which is unusual, feels authentic, and, for once, the dust-jacket praise seems deserved.

For me, Adam Thorpe, poet and novelist (Ulverton) captures her best:

Sara Taylor has a completely natural unforced feel for language and voice: a remarkable debut

And, it was a review of this, by Bending Over Bookwards which alerted me to the fact this had been sitting patiently on my bedside TBR, waiting to be read. I wish I could remember who or what first alerted me to buy it, and thank them, but, alas, sunk in the Assateague mists of time

Edit : Now how could I have forgotten that the person to thank is the inestimable Madame ‘Giffy’ Bibi, who so kindly reviewed the book back in July, including several quotes to show the fine quality of Taylor’s writing – here’s the link to her great portmanteau post Inexcusable to have forgotten, particularly as my comment on that post said – I’m heading straight off to buy this. AND I did!

22 thoughts on “Sara Taylor – The Shore”