Looking at some of the cover and product blurbs for Scottish writer J. David Simons, referencing Sebastian Faulks, my own ‘reminds me of’ was a quite different, earlier writer, and a fellow Scot, now rather fallen out of fashion – A.J. Cronin, he of Doctor Finlay’s Casebook, and much more.

Simons, like Cronin, knows how to tell a story, crafts well, has warmth in the writing and also employs humour, with a nice, dry touch. And, moreover, his story is ‘about stuff’ – the stuff being politics and society. Cronin too in his stories, on the side of the decent little man, was trying to keep the heart in his humanity, rather than the machinations of the powerful and those fiercely in the grip of various ‘isms’. Politics of heart, rather than self-interest, writing out of a sense of social conscience.

Simons’ book The Land Agent is the third in a trilogy entitled ‘Glasgow to Galilee’. This third book, which opens in Poland in 1919, follows the fortunes of Lev Gottleib, later Lev Sela, a young Polish Jew who leaves his homeland with a group of other young people, most of whom are Zionists, who are keen to found settlements in Palestine

Lev is quite an easily led youth, and his initial reason for joining the Zionist Youth Group has little to do with ideology, and much to do with affairs of the heart. His childhood friend, the young woman he adores, Sarah, a few years older than him, is a Zionist and passionately keen to find a home in Palestine.

Lev settles in Haifa, and comes under the father figure influence of Sammy, a principled older man, running the Palestine Jewish Colonization Association. Sammy is a heart-centred, humanitarian idealist, rather than one driven by ideology, and he has a far less zealous approach to land acquisition than the Zionists. Another major influence on Lev is Celia Kahn, originally from Glasgow, and the central character of the second book in Simons’ trilogy. Kahn, who is a socialist, and not a Zionist, is one of a group building a settlement close to Naharayim. (The author himself lived and worked on this kibbutz, during the 1980)

What I valued about this book was the author’s ability to unfold the arising tensions, and the history of Palestine, the settlements, the co-existence of Jews and Arabs, the growth of fracture, the vested interests, the ‘other players’ interested in the area – the Bedouin, and of course Britain and France, the arguments between the socialists and the Zionists, the vested interests of companies, individuals and organisations who saw the potential of the area in terms of capital investment – and to put all this into a story. A good one. The reader does not drown in polemic and ideology, and there is little extended political speechery.

There are some sections of the book which don’t work quite so well, and I did wonder if these were in place as he received support (I assume financial) from Creative Scotland and the Robert Louis Stevenson Fellowship in the writing of this novel, which is of course not set in Scotland. So, there is a device used to keep Glasgow alive (I assume this is why it is used) Celia Kahn writes letters to her friend, Charlotte, heavily involved in the Temperance Movement, proselytising that cause. And Celia’s letters serve two functions – one is, to allow her to express her feelings about various people and various issues, which is a useful device – but the other, which I think doesn’t work so well, has her reminiscing and commenting on various back home events, and reflecting on what is going on in Glasgow, positively and negatively. There is a little too much repetition about the temperance movement.

I did find this an interesting, informative and enjoyable read, even if Lev, as a central character, was curiously not quite as well-defined as some of the more minor characters.

It’s not necessary to have read the first two in the series (I hadn’t) to enjoy this as a stand-alone novel.

Perhaps those who had would have felt all the temperance letters stuff to be less of a device, and more integral, since the friendship between Charlotte and Celia no doubt forms part of the earlier book or books, and I suspect there is probably quite a lot of fun/humour to be had out of Charlotte’s evangelism. 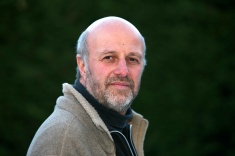