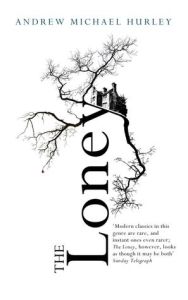 Andrew Michael Hurley’s The Loney is a proper, Gothic literature horror story. But it may disappoint some genre aficionados because Hurley is a writer of literary fiction, subject matter of the book, psychological horror. Though there is certainly creepiness and terror, not to mention a whiff of brimstone within its pages, there are no lovingly lingered over schlocky buckets of gore, crude descriptions of unbelievable monsters and triple headed foul breathed roaring demons. The horror is not laughable or BANG! a sudden shock, rather is steadily mounting, seeping anxiety. Hurley carefully winds his readers in, ratcheting up disquiet, and lets the reader’s own imagination paint un-nameable creep.

Yes this was a book I which I had, on a few evenings, to put aside and not continue with as ‘bedtime read’, because I was feeling distinctly anxious, and had to distract myself with lighter hearted fare.

The setting is the 1970s, and forty years later, with the central character and first person narrator looking back to the events of that time. Tonto and his brother Hanny (Andrew) were the teenage children of strict Catholic parents, living in London. Hanny has never spoken, and goes to a special school. His parents, particularly his rigidly doctrinaire mother, fervently hope and pray that God will vouchsafe a miracle. Every year, they go on pilgrimage to a very low level ‘British Lourdes’ on the North West coast, with their priest and a small handful of other church goers. Every year, the place they visit becomes a little more spooky, a little less wholesome, a little darker.

In fact there are other, older forces at work in the treacherous, inhospitable landscape. The ‘shrine’ which Christianity saw as sacred to St Anne, appeared to be in territory where paganism, witchcraft, and possibly devil worship had an earlier background and continue to exert a dark influence. 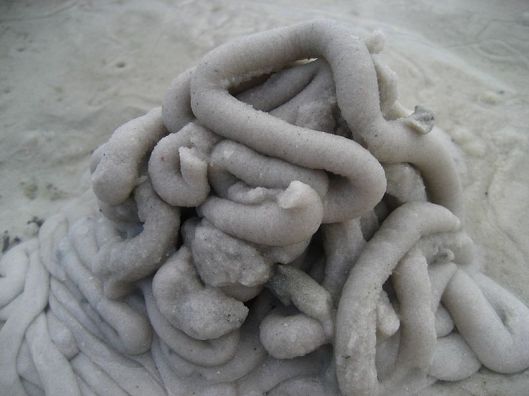 So…..what we have is almost the classic Gothic set-up, beautifully done, and managing to evoke the memory of some cultish, noirish films – I thought of American Werewolf in London (though not a werewolf is in sight – it’s the clannish, sinister mien of some of the locals) Straw Dogs – ditto, though it’s the mounting menace, rather than graphic violence, and, of course, in evocation of a horribly sinister landscape, Susan Hill’s Woman In Black.

And in the middle of nowhere, not one, but two crumbling old houses with history, and a sucking, treacherous tidal path between the two, sea-fret, bone-cold sea, rip-tides………and, oh, the horror, the horror!

On the floor and on top of the long wardrobes were Victorian curious under dusty glass domes that had always frightened me to death when I was a child. Exotic butterflies, horribly bright, impaled to a stump of silver birch, two squirrels playing cricket in caps and pads, a spider monkey wearing a fez and smoking a pipe……….between our beds sat a clock on which the hours were indicated by little paintings of the apostles. Mummer thought it wonderful, of course, and when we were children she told us the story of each of them: how Andrew had elected to be crucified on a saltire; how James was chosen to be with Jesus during the transfiguration and how he was beheaded by Herod Agrippa on his return to Judea

Hurley has several pin-sharp arrows which hit the target – he is excellent at bringing landscape into being as an important ‘character’ As mentioned, the fact that this is ‘about stuff’ and not just a pile of old horrid gore for the sake of creating a pile of old horrid gore made this compulsive reading. I also liked the sympathetic as well as the unsympathetic view of faith – Hurley presents us with credible and rounded people. And, in with the dark mix there are also characters who are warm, wise, and humorous

An extremely positive review of this in the Guardian (quoted on the book jacket) compared Hurley, as an equal, to Du Maurier, Walpole and Shirley Jackson – writers who delved admirably in dark psychology, told a winching up the horror by degrees tale, and wrote with a suitably sharp and precise pen. Generally comparisons have me snorting in derision. This didn’t. 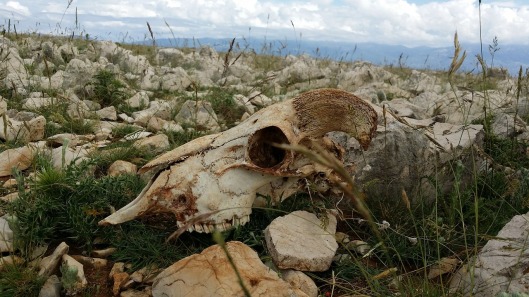 As well as being a fine fine ‘horror’ there’s also lots of ‘about stuff’. I was left thinking on faith, the losing of faith – there is a marvellous, heart-breaking, sickening (in the right way) section on this.

I wasn’t altogether satisfied with the final ten pages where the narrator is in present time, and some ‘closure’ is reached. It seemed a little bit of a let-down after a marvellous, unsettling journey, but this is not enough to retreat from a five star read

I was delighted to receive this as a copy for review from the publishers, John Murray, via bookbridgr. Hurley’s book was published last year, on a print run of 300 by a small independent publishing house, Tartarus Press. It sold out remarkably quickly and a deserved buzz led to the pick-up by Murray. It certainly feels to me like the book is an organic success, rather than something created by the over spinning and over hyping of money men and women

Recommended. Keep the lights on. One word of warning – this may not be the book

for those who do like the genre to be high octane action on every page, but if you like your creep to be slowly and inexorably twisted, by increments, this should get you imperceptibly shivering more and more!