Alaska, Aleutian Islands, Book Review, Brian Payton, Second World War, The Battle of Attu, The Wind Is Not A River 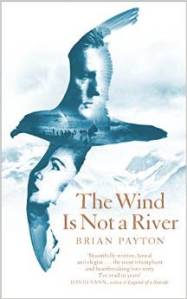 The Wind Is Not A River takes as its springboard the `Secret War’ between America and Japan in Alaska, in 1942 and 1943. Two Aleutian islands, Kiska and Attu, which were part of America’s Alaskan territory, were invaded and occupied by Japan. The importance of the territory was that of control of Pacific transportation routes. It took over a year for American forces, supported by Canadian reconnaissance and fighter bombers, to take back the territory. At the time, there was a virtual news embargo on the fact that Japan was in occupation of two islands in Alaska which were American territory

John Easley is a Canadian journalist, on the scent of a war story which was being embargoed by the War Department. He also has his own, personal motives for wanting involvement in dangerous work, as he is mourning the death in combat of his brother, a lieutenant in the Royal Canadian Air Force

Easley is married to Helen, an apparently conventional woman. The two have a happy marriage, though both are suffering as though they yearn for children Helen does not conceive.

The start of the book is the shooting down of the plane Easley is in, over Attu, leaving him and one young American soldier, Karl Bitberg, as the only survivors. Attu is occupied by Japanese troops, and Easley and Bitberg struggle in a harsh, cold, environment to survive without being spotted by the Japanese 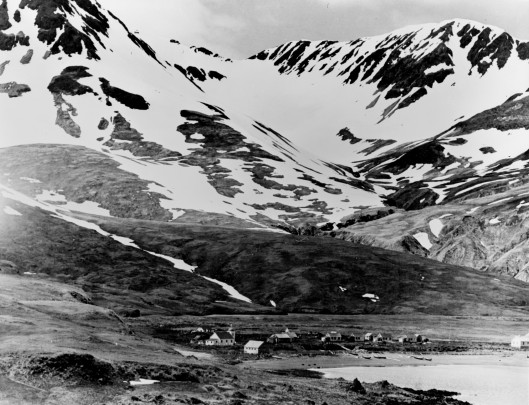 All Helen knows is that John has gone missing, following a bitter row between them when he had decided to investigate the rumours of this hidden war, and she had given him an ultimatum that if he did go into the war zone, she would not wait for him. She is painfully suffering guilt, and refuses to believe her missing husband is dead.

He must document some part of the war that claimed his brother, the part that seemed to have fallen into his lap. If someone isn’t there to observe and record, capture it on the page, it will be as if it never happened. The sacrifices made on our behalf must be known before they can be remembered, he said

John Easley’s journey is to survive, and the fierceness of the survival instinct strips away aspects of civilisation and humanity. There is raw writing about the physicality of survival, and a focus on male comradeship which develop between people on the border between life and death, where the only thing they can trust is each other; all else will kill them. There is a story of both physical, emotional and moral survival here, what is killed, and what remains

Helen knows and accepts her connection to, and need of, others and intimacy, but she also has hard choices to make. Her father, Joe, suffers a stroke, and needs care – does she stay and care for her father, particularly when everyone around her believes John is dead, or does she give in to her fierce belief that her husband is alive, and in a sense `become investigative reporter’ and try to unravel this story, and find where he might be.

The book is told in alternating chapters, both in the third person: Helen’s physical journey, which of course will change her utterly, as she steps away from being a person cared for, and taken care of, into becoming a protagonist, a person who forces change to happen ; John’s journey takes place within a very small geographical area in the snow, fog and ice of Attu, but it is a journey into himself and into what it is to be a human animal struggling to survive against the odds. How do we measure out what it is to be human except in relationship with another human?

Chichagof Harbor under attack during the Allied liberation of Attu. May 1943, Public Domain : United States Library of Congress’s Prints and Photographs division

I had some reservations which pulled me back from 5 star – the `wrap’ was tied up and balanced too neatly, leaving nothing untied; a little too poised, a little too perfectly accommodated and resolved, and there were aspects where chance and coincidence seemed too often employed.

For some reason the hardback version is titled The Wind Is Not A River, but the 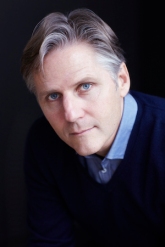 paperback version is retitled All This Will Be Lost, and the book-jacket looks much more geared towards `female fiction’ romance, but the book is much more than `romantic fiction’. I can only assume that the lack of four-square easy understanding of a defined meaning in that first title proved problematic for marketing/pitching. Personally, I had liked the ambiguity, the sense of metaphor, in the original title. Oh, and in case anyone wonders, it is a quote from a letter found by John Easley, written by an Aleut woman, and is by all accounts an Aleut proverb, which kind of translates as ‘all things pass/change’ but it is a phrase unexplained within the book, leaving it open to interpretations by the reader; my own was that rivers have a beginning and an end, and flow from individuality to mingle with the oceans, their journey is known. The wind is unknown, unpredictable, cannot be grasped. Where it starts and where it ends, how it changes its nature from delicacy to overwhelm, and indeed its very direction, is mysterious, random – and swift

6 thoughts on “Brian Payton – The Wind Is Not A River”