‘they have slackened my rope and given me a taste of the world beyond my fence. And I will have more of it, mark my words’

So states the female central character of the eighteenth century set Song of the Sea Maid.

I have been eagerly and anxiously waiting for Rebecca Mascull’s second novel, as her first, The Visitors, was one of my stand-out novels of 2014

I did indeed enjoy, enormously, this second novel by Mascull, even though I was not as completely bowled over, entranced, blown away as by that first novel.

And the reason for this is in part the huge challenge for an author when they create a character (particularly in a first novel) who is unusually memorable and richly complex, whose story is fascinating and believable, and where everything about the writing and structure of the novel, including subsidiary relationships, just works. And Adeliza in The Visitors, was that character. I could still feel her, metaphorically, over my shoulder, grabbing my attention and memory as I read this, very different book, though one also with a heroine of similarly feisty nature, in advance of her time, and challenged by the lack of opportunities afforded to her gender and class, in that time. 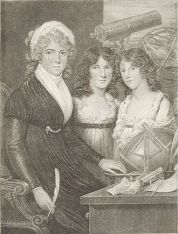 Starting towards the tail end of the 1730s, the book follows the story of a young girl, initially unnamed; one with a ferocious intelligence, a watchful observance, even at aged 4, as a young vagrant, living through stealing what she can in the company of her older brother. I was immediately captivated by this child, and Mascull took me inside her head, I could hear her voice, the excitement, the undisciplined, dynamic, finely assessing intelligence of the child.

Little Dawnay Price is arbitrarily named by and for the ‘benefactor’ who captures her on the street and takes her to a place for destitute, impoverished children. The place is presided over by a man who sees nothing wrong in the society which gave rise to that destitution, which is certainly not the children’s fault, and neither may it be the fault of the parents, but rather of the structure of a society which gives to the haves and castigates the have-nots. Little Dawnay – whose voice is utterly believeable, whose intelligence, originality and burning desire for learning captivates – is of course doubly disenfranchised, by being a girl, and a powerless poor girl at that.

By a series of fortuitous encounters with people of unusual benevolence and open-mindedness, and ability to stand against a morality which defended the status quo, Dawnay begins to transcend her bleak beginnings, and gets an education. This is, after all, The Enlightenment. Dawnay’s observant mind and ability to grasp complex practical and philosophical concepts mark her out as a ‘natural philosopher’ – in other words, a scientist. 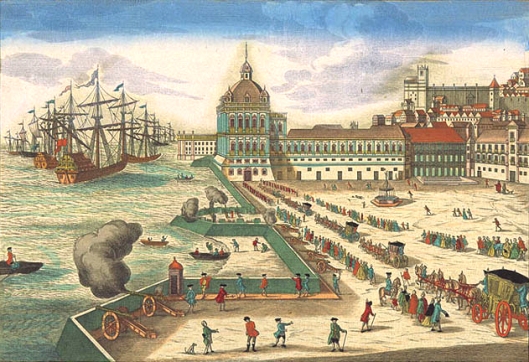 Eventually her travels – both in the world of books, of knowledge, and out in the real world, lead her to begin to formulate some very advanced conclusions – questioning the existence of a Deity, and making suppositions about evolution – a good century in advance of Darwin 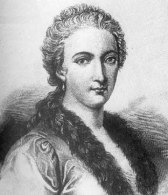 Now, Mascull is a meticulous researcher, as was clear in The Visitors, and also in this book. She is one who also manages to wear her research lightly, in that the reader does not feel lectured by the author, but her wealth of background reading is woven into the novel. However, with a novel which has a female scientist, and moreover one coming out with some very advanced theories a century early, the reader might find themselves frowning and thinking too much licence is being taken by the author. Mascull clearly anticipates this, as at the end of the novel she explains what her researches threw up. Firstly, there WERE a few female ‘natural philosophers’ at this time. In the main, we do not widely know of them, because history is written by the winners, the rulers, the elite. And because of this, the farther we go back in time, the less likely it is that history will feature herstory. There were also ‘proto-evolutionary theories’ bobbing around, there were fossils, and fossil hunters, even though it wasn’t till a little later that Cuvier began to bring this discipline into mainstream.

The challenge I found, however, – and it’s one which Mascull admits – is that all those female ‘natural philosophers’ were wealthy, daughters of the ruling classes. She did not want to write a kind of fictionalised biography of one of them, and was interested instead in writing the fiction of someone who had more struggles to engage with than purely that of her gender.

As reader, I wasn’t altogether believing of all the good fortune Dawnay experienced, and perhaps particularly, the fact that she did not suffer the violence which a young woman, alone in a man’s world, breaking the codes, living solitary, would be most likely to encounter. Maybe this is twentieth century cynicism. My criticism, or question, is that whilst I certainly would not have wanted the kind of gratuitous violence and almost salacious enjoyment which some writers seem to visit on their female characters in dubious environments, I did wonder if Mascull’s clear kindness and desire for her characters to overcome challenges was glossing over potential dangers and keeping them well out of Dawnay’s way. It struck me that almost all the characters in the book have a kind of nobility of nature – certainly all the characters we really get to know well. The adversities Dawnay meets are those of broad attitudes and beliefs held in society, rather than individual people with malevolent intent.

So this was an interesting realisation – challenge and struggle and overcoming odds is the stuff of both life itself and literature. Mascull does not have Dawnay particularly engaged in struggle with an individual ‘predator’, rather, the struggle is that of cultural and, indeed physical environment (very long term view Darwinian!) . Various historical events, whether created by mankind or by natural disaster also become the field of struggle and adversity which must be survived. 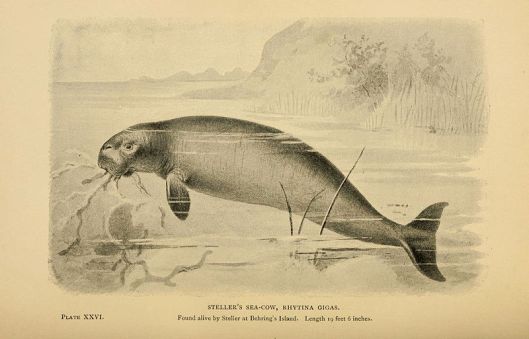 In the central swathe of this book, Mascull’s wonderful ability to capture individual emotional tone, the voice in the head, of the central character was not quite present for me. What was happening instead, was considered observation, analysis of theory. It wasn’t the sense of an author being determined to use her research material. Dawnay herself is doing the puzzling out and the analysis. Mascull’s writing continued precise, careful, avoiding cliché, but I missed the emotional quality taking me into feeling the heart of the character.

And I believe in part this is because, during the central core of the book, what drives Dawnay Price is her scientific interest. Actually, Mascull was succeeding rather too well. Dawnay is always observing, reflecting, analysing – and doing that scientific thing of standing at remove. I absolutely believed Dawnay, but I could not quite get close to her.

And then in the latter part of the book Dawnay makes some significant journeys in her own emotional development, as well as the journey in scientific understanding and analysis, and at this point, with a rush, I was back with the same kind of engagement and freshness that Mascull created and crafted in the voice of the young Dawnay.

Rebecca Mascull is a fascinating writer. Old fashioned, in many ways – she’s not doing edgy, flamboyant pyrotechnics in structure. There are interesting characters, particularly of course her central character. There is a narrative, things happen, people change. And her writing is excellent. Her books don’t end when you close the last page, but continue to provoke reflection.

This came so close to 5 star for me (4 ½, rounded up). Strongly recommended – this is one which can provoke good and fruitful discussion. And the more I reflected on the book, the closer I have grown to love, rather than to strongly like it. ( 4  ¾, rounded up!)

Terrific. A vindication of the pleasures of reading………..a book which draws the reader 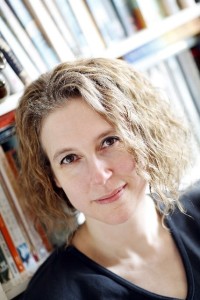 in, deceptively making it an easy, page turning journey, and then pounces on the complacent, relaxed reader and swallows them up!

I was delighted, not to mention impatient, to receive this hot off the advanced press as an ARC, as I had been sending many emails plainting ‘when, when, when!’ Publication date is 18th of June, on both sides of the pond, so not too long to wait

And incidentally, Wiki has a page listing the names of known female scientists from antiquity, well before education became widely available. We WERE there, though our schools rarely taught about us!

watch this space (or at least, another post on another day, in this place) I had SO many questions Rebecca’s book fruitfully raised for me that I wanted to put them to her. and will be doing a Q + A on 16th, as part of a week-long blog tour all around the blogosphere, to coincide with publication. Not only am I enthusiastically looking forward to the answers for my own Qs, but also to everyone else’s

(5 –  no rounding up – any book which kept making me think think think for days after finishing, getting more and more interested in the questions it was posing ………..)

13 thoughts on “Rebecca Mascull – Song of the Sea Maid”