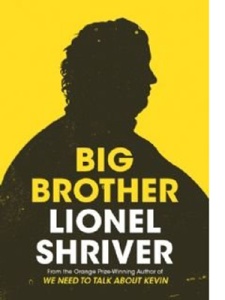 Lionel Shriver is always an author worth reading, not least because although she may not be challenging anything about the form of the novel – she writes clear, taut narrative, strongly drawn character, coherent and accessible prose – she does challenge with her subject matter, and goes into areas which might be uncomfortable for the reader to consider, making us consider the things we gloss over, and avoid, preferring not to go there. And she does have some perfectly well-utilised suspenseful authorly surprises up her sleeve to jiggle the reader still further

Her own personal challenge is of course in one book We Need To Talk About Kevin, the story of a family whose son turns out to be one of those lone teenagers who go into their school one day and turn a gun on their classmates, she tackled a searingly difficult subject matter – maternal love, and its absence, the unlovable child, the unloving mother, and examines the fault lines.

Her challenge is the discomfort evoked for the reader, the push-pull the reader is put through, and a book which is thought, heart and gut challenging, pushing us cerebrally and at an instinctive level.

And how well she managed it

Other writers of course have tackled similar subject matter – I think of Doris Lessing’s The Fifth Child, equally uncomfortable, but Shriver is a writer of more popular appeal and accessibility, so she rather brought this into wider consciousness – and it was later made into a film.

In Big Brother, she is as challenging, though I must admit to not being as wholly engaged as I was by `Kevin’, perhaps because in some ways her central family is less ordinary.

Pandora Halfdanarson is the adult, less gifted, middle child of a family. Father Travis, now a faded television star of a successful comedy series, Joint Custody, had three children, and the series, to some extent, used his own life as fodder, examining the family dynamics. The first born child, Edison, became a successful, charismatic jazz musician. The last born, Solstice, was highly intelligent, precocious and pretty. Pandora was the more phlegmatic, ordinary, shunning the limelight child. However, though she lacked the charisma of her other siblings, later in life she has achieved a fame she never sought, as an entrepreneur, and has a highly successful, on the button business which has brought her wealth and status. And the flashier stars of her family are all in some kind of decline.

Pandora is happily married, kind of, to controlling Fletcher, who designs and makes artisan furniture. Fletcher’s first wife was a crystal meth addict, and he has a difficult relationship with his two children, Tanner, a seventeen year old caught in a wannabe dream of fame as a writer (he is actually mediocre) and sweet-natured young Cody, who may, or may not, have some skill as a pianist (like her step-uncle Edison), but is pretty ferociously shy. Pandora is a pretty good step-mum, and has a better, more forgiving and spacious relationship with Tanner and Cody than up-tight fitness obsessed Fletcher. So, yes we do have a central family who are not quite functional, and the central character and narrator, Pandora, had a family which was not quite functional either, and she is a bit too self-effacing and self-deprecating, but ferociously loyal to both her new family and her old

The drama unfolds when Edison, dramatically washed up in some way, comes to visit, the two having not seen each other for some year. And funky, snake hipped, sexy young dude Edison is now a grossly – and the word is properly and disgustedly employed, grossly overweight by some 223 pounds – blimp. And his addiction to the sweet, the sticky, and the dripping with fat is threatening to continue to raise the poundage.

The subject matter then of this book, is food, fatness, thinness, obsession, the curious and often highly peculiar relationship humankind in the developed world has with the seemingly simple matter of eating, and the weight of everything food, cooking, eating holds, beyond the basic role sustenance plays in the rest of the animal – and for that matter, plant kingdom. Taboos around extreme fatness, ideas and debates around body size and disability, those who deserve healthcare, and those who have brought all this upon themselves by their – what is it – addiction? Is it choice, is it illness?

And the playing field in which this all takes place looks at the sometimes opposing bonds of family-by-blood and family-by-choice-of sexual-partnership.

I understand why it’s there, but the extra tease out challenge of fame, its pursuit, and the awkwardness of what happens when the famous construct a persona which begins to create blurs between what is the mirror being held up, and what is the reality which that mirror is reflecting. Where is mask, where is truth? This rendered what might have been a story of more ordinary lives a little less relatable to for me; possibly an extra challenge too far.

Nonetheless, a good read, with lots to ponder on. 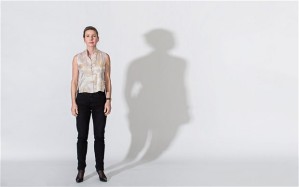 By all accounts Shriver herself was a naturally skinny teenager who then ballooned, and the uneasy relationship between body and sustenance, over control and lack of control which gets explored in this book, comes from personal as well as observed experience