A crime novel about much more than dead bodies

Tana French is an author new to me. On finishing this, her fourth book I am unsurprised to find that she won the 2012 Irish Crime Fiction Award with it, as it is an extremely satisfying, thoughtful work, which stands easily as a book of literary fiction, subject matter, crime and detection.

Set after the Lehman Brother’s financial collapse of 2008, when the effects of world-wide recession hit what had been the booming, but now slowed-down ‘Celtic Tiger’ economy particularly hard, French examines Ireland, culturally, politically, economically, through the lens of the Dublin police force, and, particularly its murder squad.

She has taken a slightly different approach – rather than follow the fortunes of one particular detective, she follows the squad as a whole, and focuses on a different detective in each book. This gives a really detailed, rounded approach, as though of course different personalities will work procedures in their individual ways, the reader gets a sense of the whole process of investigation, in its day-to-day grind, the meshings and antagonisms of individuals, and the methods and the madness of solving a crime, and bringing perpetrators to justice and securing convictions

I hope this doesn’t make ‘the procedures’ sound dry – French is anything but dry in her writing – but she is meticulous, and creates believable detail, fascinating story and depth characters in time and place.

The central investigating detective, Mick ‘Scorcher’ Kennedy is a fiercely controlled, absolutely by-the-book policeman, with a rookie partner he is prepared to properly train. Kennedy is almost obsessively treading a thorough, correct path, and through the course of the book his own psychology and history shows why – there is indeed ‘background’ here, and every reason why he has not gone down the maverick, hard-drinking, law-unto-himself route.

The brutal crime which sets this story up is a savage attack on a middle class couple and their two children, living in a kind of new-development ghost town beyond Balbriggan, Fingal. Now called Brianstown, previously Broken Harbour, it had a connection to Kennedy’s boyhood, but has become both symbol and reality of when boom turns to bust.

French winds up a tight and twisting story as the solution seems to fall one way and then another, and, always, the story of individual lives is played out truthfully, but the wider cultural context has an equal weight.

This is a gripping police procedural, an extremely well written and chilling thriller, gritty and dark – but there is nothing gratuitous about the violence: – French does not present it as entertainment, but as an indictment of a system which created the means for it to happen

In every way there is, murder is chaos.

I remember the country back when I was growing up….There was plenty of bad there, I don’t forget that, but we all knew exactly where we stood and we didn’t break the rules lightly. If that sounds like small stuff to you, if it sounds boring or old-fashioned or uncool, think about this, people smiled at strangers, people said hello to neighbours, people left their doors unlocked and helped old women with their shopping bags, and the murder rate was scraping zero.

Sometime since then, we started turning feral. Wild got into the air like a virus and it’s spreading…..Everything that stops us being animals is eroding, washing away like sand, going and gone.

The final step into feral is murder. 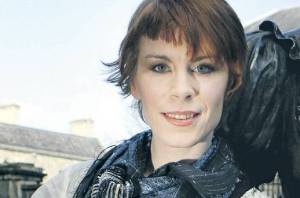 excellent review of this by Fleur In Her World, who has been hugely responsible for much of my book buying since I discovered her site  She hasn’t let me down yet!