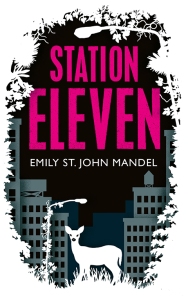 Station Eleven is a wonderful book

Arthur Leander, theatre and film star, a much marrying actor, suffers a heart attack whilst performing in an avant-garde production of King Lear in Toronto

A member of the audience, a paramedic in training, attempts unsuccessfully to keep him from dying.

A small girl, part of that avant-garde production, looks on.

Later that evening, the unstoppable, virulent pandemic waiting to happen, which may end it for us all, in these days of endless global travel, makes its presence felt, and everything is forever changed

By twenty years after the event, life in a depopulated world is reduced to small collections of people on the margins.

The major focus of the novel concerns a small group of artists, the Travelling Symphony – actors and musicians, travelling in horse drawn vehicles, performing classical music and Shakespeare, because “Survival is Insufficient”

King Lear and A Midsummer Night’s Dream figure, but so too, almost as an undercurrent, does The Tempest – a sense of, at the end ‘O brave new world that has such people in’t’. Not to mention the creator of Station Eleven itself.

There is also a mysterious prophet, running a millennial cult, ruling by peddling lies of special redemption for the chosen men, and taking young girls as his ‘brides’, in the way that such cults, and their leaders, have often done

There is a beautifully drawn handcrafted comic ‘Station Eleven’ whose limited volumes feature a station in the vastness of space, the world having suffered an apocalypse. Dr Eleven looks majestically into the end times.

Out of this is woven the most beautiful narrative, full of hope as well as grief and despair.

This is not (just) the normal gritty realism of how-we-will-return-to-savagery-and-the-rule-of-brute-force when the end days come, and the world as we know it is out of the things we take for granted which make it run. It’s a more delicate, subtle, thing, and chooses also to focus upon that kindness and compassion which is as much a part of our nature as the self-will.

It’s a great and compulsive page turner, and the way in which Canadian author Emily St. John Mandel weaves together lives, artefacts, connected and pivotal moments is dizzyingly apt, and without any feeling of contrivance

And to my utter delight, there were no chain saw massacres, no gratuitous excuses for impossible x rated violence, no zombies, no werewolves, no vampires. Nothing that happens stretches plausibility at all. The magic of the book is the magic of ordinary. Ordinary people, ordinary extraordinary lives and events

I received this as an digital review copy via NetGalley. There were some 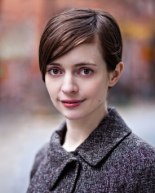 formatting blips, and I assume these are limited to the review, rather than the finally available digital download