As the nights get longer: ghosties and ghoulies and things that go bump in the night 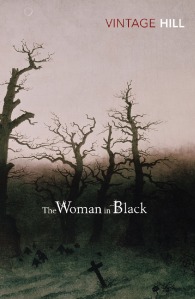 Susan Hill’s transmogrified-into-many-media “The Woman In Black” remains a wonderful, atmospheric ghost story, still holding its own after its 30 plus years in print. Though I’m – amazed/amused/shocked to find that it is now listed as a best seller on Amazon in the CHILDREN’S ebook category. I don’t believe it was initially written, or published, for that market. So I’m not quite sure what this shows – the literary sophistication of children? Sure, post a-film-starring-Daniel-Harry-Potter-Radcliffe, probably new audiences are coming to the book, but it is quite a slowly paced, literary piece of writing (hence its standing the test of time on a re-read for this reader). It’s a properly paced, slow-burn, atmospheric piece of writing, with a wonderful sense of lonely place – set on the North-East coast, much of the horror arises from Hill’s ability to create an eerie, beautiful, mysterious and isolated tidal estuary landscape, complete with the suckings and soughings, the glimmers, glistens and dankness of wind, water and sea-frets.

Arthur Kipps, now a middle aged man on his second marriage, is immured in a family Christmas. His teenage stepsons embark, in high spirits, on the telling of ghost stories

Unwillingly, the years roll back memories of a quarter of a century and more ago, when Kipps, as a young solicitor, was sent to deal with the estate of a recently deceased reclusive woman in her eighties, who had lived in isolation in a house at Eel Marsh, some distance from a little market town called Crythin Gifford. Eel Marsh can only be reached when the tide is out, and is then completely cut off from the outside world, and the outside world from it, once the tide comes in again. There was some unexplained horror to do with Eel Marsh. Locals drop veiled hints, but Kipps, a pragmatic, modern young man, not given to flights of fancy is of course dismissive…………..until.

This is a proper Victorian Gothic style story, even though set in a modern era. Everything is done through its effect on Kipps, the slow drip drip of fear and horror into his psyche. It’s a superb ratcheting up of horror, and there is nothing to cynically laugh at, no crass clankings of chains and slamming doors, opening graves and the like. Hill takes normality and just progressively makes it go wrong, chill and definitely evil.

We had travelled perhaps three miles, and passed no farm or cottage, no kind of dwelling house at all, all was emptiness. Then, the hedgerows petered out, and we seemed to be driving towards the very edge of the world. Ahead, the water gleamed like metal…..I realized this must be the Nine Lives Causeway…..and saw, how, when the tide came in, it would quickly be quite submerged and untraceable……..we went on, almost in silence, save for a hissing, silky sort of sound. Here and there were clumps of reeds, bleached bone-pale, and now and again the faintest of winds caused them to rattle dryly

And that’s BEFORE the sea-frets come! 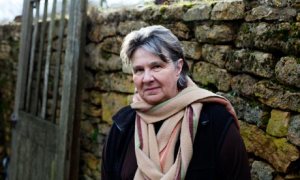 A short, chilly, chilly, read. Hill is a writer who understands less is more and has no need for crude schlock effects.

8 thoughts on “Susan Hill – The Woman In Black”