Patrick McGrath’s magnificent Ghost Town is a triptych of novellas about Manhatten. The opening story, ‘The Year Of The Gibbet’ written by a man as he waits to die of cholera, in the epidemic of 1832, looks back more than 55 years, to the Revolutionary War of Independence, when he was a small boy, and his mother a Revolutionary fighting against the hated British oppressor, hanging these revolutionaries as subversive traitors.

The opening sentence, in my header will do a circular to the final story (more later)

The central character in ‘The Year Of The Gibbet’ has been haunted by the horrific events around his mother’s life and death, and, indeed, haunted by her ghost, and inhabited life of the margins of poverty

There is little left to tell. Half a century has passed since The Year of The Gibbet, and the war has been transformed in the minds of my countrymen such that it now resembles nothing so much as the glorious enterprise of a small host of heroes and martyrs sustained by the idea of Liberty and bound for that reason to prevail in the end.

But I am haunted.

The second story, Julius, recounts the rise and fall of the wealthy Van Horn family from roughly the end time of the previous story to a period some 50 years later, and shows how class and race prejudice, can damage the lives of both oppressed and oppressor. The narrator of this story looks back at her family history, and the story she wormed out of her mother, when she was still small, about Julius, his sisters, and her grandparents.

The ghosts in this story are the ghosts of ‘what might have been, if only’ which haunt all lives, and the ghosts of former lives, wasted lives, memory, real and imagined, and history itself, pressing on the present.

The women in the middle story live in a time where women for the most part were without power.

For the story of Julius, so painstakingly assembled by means of the fading memories of those who knew him, and the ghosts now clustered on my walls and sideboards – do they not all clamor the same sad warning?  That love denied will make us mad? I think so

The third story, Ground Zero, relates the story of September 11 through the effect on the lives of a female psychotherapist, her male client, and his obsession with a very powerful, very damaged woman who uses and is used by her predatory sexuality. The lives of the three, and indeed the lives of all others in the city, are haunted by the before, the during, and the aftermath of the events of September 11. The terror of death, and the confrontation with mortality become conscious and unconscious forces. Sex and death are woven together in this final story.

I wonder about the woman from Battery Park, the one who wanted a funeral for her husband but had no body to put in the coffin…….. Did she find closure? Did she,…?

This is a short, and sombre book, beautiful, melancholy and violent

It is part of a series by Bloomsbury, subtitled The Writer And The City, where different 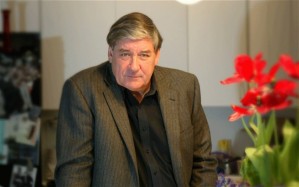 writers explore particular cities as jumping off points for fiction

I came to this book as a recommendation from one blogger (Fiction Fan’s weekly TBR round-up) of this book from a review of it on another blogger’s site – Mrs S.W’s World Of Books

Thanks, o bloggy ones!