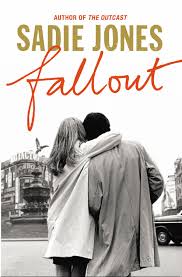 I hoovered up Sadie Jones’ novel about love, friendship,  theatre and writing, which is primarily set in 1970s London, like a famished woman who hadn’t seen food for days.

In fact, it was tempting NOT to stop and explore what there was to eat, as it got in the way of reading time.

Reading Jones bio, it turns out she is the daughter of a playwright and an actor, so I was chortling ‘told you so, told you so’ to myself, as the authenticity of both the theatrical world, the craft of writing for the theatre world, the small-scale brave production world of UK theatre in the 1970s and the world of the acting fraternity, particularly within work, rang out truthfully.

In some ways (the tangle of passion, the tangle of live performance creativity, the tangle of intense belief in what art and theatre might be ABOUT) this reminded me of Michael Blakemore’s Next Season, which has at its centre the actor, whereas here the major role belongs to a writer and his confederates.

Lucasz Kanowski is scarred by being the son of a woman shut away in a mental hospital, and an alcoholic father. He is brittle, fragile, attractive to women and damaged. He is also a compulsive writer, a compulsive reader of plays, drawn to the magic of theatre without ever having seen live performance. It is the 70s before Thatcher, where the Arts were funded, where there was a real buzz around innovative theatre. Luke, later re-inventing himself as Luke Last, has a chance encounter with a young and vibrant would be theatrical producer, Paul, and his possible-might-get-a-leg-over companion Leigh, a sharp tongued young woman with a desire to write. The chance encounter leads to a close friendship between the three, as they pursue their dreams of love and creative work, to a greater or lesser degree of success.

Luke, the central character, pursues and is pursued by women, breaking hearts without 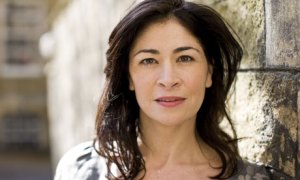 meaning to, his curious, honest, direct fragility, without any macho notching up conquests, being part of his dangerous allure.

Jones is a clear writer. The narrative proceeds, well; the central three characters are extremely likeable, idealistic and genuine, and the reader cannot help but root for each of them to survive well. There are a circle of less than attractive, also damaged characters in this world, some of whom choose to inflict damage, some of whom inflict damage without consciously trying to do so.

Jones is as adept at charting the shifting shape of love as she is in describing that world of 70’s theatre.

There was no morning, none to recognise. The sun rose and lit the day, but like a mortal thing the love between them had tipped over into decay

He tried to find words – he who could always find words. He wanted to make her promises, tell her he could save her, and wouldn’t give up, but he couldn’t find any faith to offer