Illusions, games, role-plays; The art of mirrors and deception 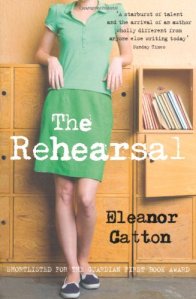 I have re-read Eleanor Catton’s The Rehearsal, to see if I want to embark on The Luminaries, and am still not sure.

The Rehearsal is set primarily in a Drama School of the ‘break the person down in order to get at their truth’ variety, and also in a girls’ school, particularly amongst a group of girls who are learning to be saxophonists.

It is the story of a sexual relationship between a fifteen year old girl and her male teacher, and how that story sets off reverberations within her family, her peers and the wider community of the two schools. The taboo relationship between the girl and the teacher is then used to explore sexuality, overt and covert, power, youth and age, seduction and who seduces and who is seduced, and how, sexual games and the whole cannibalistic, voyeuristic nature of performance.

As the ‘true’ story of the girl and her teacher gets used as the springboard for a play, 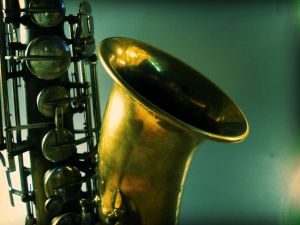 performed by a group of First Year Drama Students, the wheels within wheels nature of this book, the simultaneous stories jumping backwards and forwards, dizzyingly, between the girls’ school, their saxophone lessons (and all the cultural accretion that instrument holds) and the drama school, becomes more and more tangled, more and more illusion within illusion. Catton constructs a house of deliberate artifice, a mind game between writer and reader

Reading her work though I have that uneasy sense that conceptual art itself often brings me, where found objects, or objects and images which are generated by software writing, computer generated, fulfil one of the major functions of art – to make us notice – but lack some indefinable, energetic quality of the soulfulness, heartfulness in the direct transmission of the artist themselves creating something into being through the craft of their hands getting down and dirty and fine with brush, pen, colour mixing.

To put it another way – bread made in a bread machine – or something extra in bread made by hand.

What has this to do with Catton, who after all created the words, the idea, the story. And skilfully too? Somehow, as a reader, I found myself at a remove from her creation. Admiring of her craft, pondering the cleverness of plays within plays, characters playing characters, a veritable series of carefully crafted interlocking Chinese boxes. But what for me was lacking, despite her very very accurate unpicking of adolescent insecurity, that time above all else of the trying on of masks to see which one is the best fitting to grow into, was the sense of the real, visceral nature of her characters. 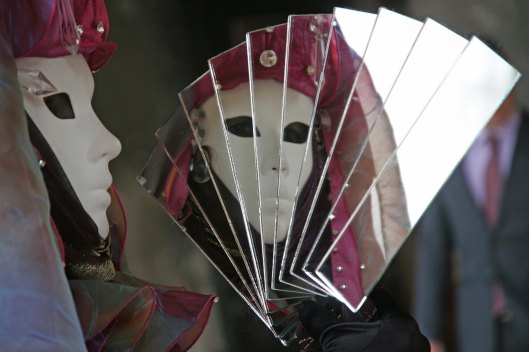 In a novel about performance, should there not be moments when suddenly one ‘comes real’? Despite the fact that I guess we all have a director in our heads, an observer of ourselves, we all, also, have moments when we are properly present, properly within ourselves, being. There is perhaps a little too much unremitting self-consciousness here.

Cool intelligence, clear observation, wit, invention, but no sense (for this reader) of Catton engaging inside the turbulent blood, guts, heart and viscera of her characters. Because I could not sense the writer being inside the feeling other, but only had the sense as of a clinical psychologist professionally disengaged, I, too, was not taken inside suffering or ecstatic humanity. An interesting mind game (there is a more earthy description!) but I stayed within my own cool head, ultimately disengaged from connection,

For this reader, MUCH to admire; little to warm-heartedly love. I recommend whole-

headedly this from my Inner Cool Sophisticate, to yours. But if what you want from writing is that ‘only connect’ that transcends the tiny individual and gives that sense of expanded horizon, that greater understanding ‘felt in the heart and felt along the blood’, this is not that. 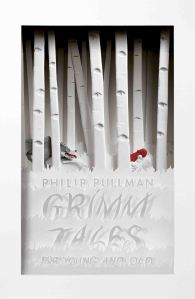 The weird and very wonderful world of clear faery

I confess I’ve been a devotee of fairy tales all my life. Indeed, the first downloads on my Kindle were various of the Andrew Lang collections.

So, why would I need more – well, the excellent, clean clear voice of Philip Pullman, which would tell some of these stories, which as he points out, are not sacrosanct text, but various transcribed versions of different voices telling the tales across space and time. Inevitably, some voices are fussier than others, some elaborations over time spoil the clear lines of the plain unvarnished tale

So Pullman gives us HIS voice telling the tales. He respects them hugely, and does not try to impose interpretation or give a spin of his own, he is merely interested in paring back so that the clean lines, the satisfying alliterations, the repetitions of events a certain number of times that the narrative requires, may be fully appreciated.

There is a short, fascinating introduction about the tradition of these tales, and following each beautifully recounted story, satisfyingly perfect in its often repeated ‘Once upon a time’ to ‘Happily Ever After’ is a short account of the substrate of each tale, who the original teller was (if recorded) in the original Grimm’s publication, and sometimes some information about later academic or literary interpretations of the tale.

As others have noted, the lack of pictures (GOOD! you have to paint your own internal pictures) may make this not so suitable for younger children, plus the fact that these are Grimms, not the more prettified and less horrific Perrault versions, again, may mean some little ones might get nightmares from the pecked out eyes, the chopped off feet (Cinderella, Grimms version)and all the rest. Mind you, as these were of course originally tales for children anyway I suspect it may be more adults thinking ‘these are too strong and frightening for children’ than those children themselves thinking that!

pleasure of the weight and heft of a book, the smell and feel of its pages, the lovely red bookmark ribbon, the attractive dustjacket. One for the bookshelf, to be read again, cover to cover, in a few years

I received this originally as an ARC from Amazon Vine UK