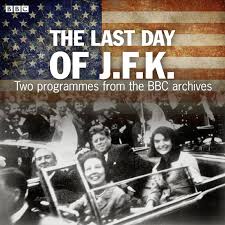 This is a compilation of 2 programmes from the BBC Radio 4 Archives, recording material following events on the 22nd November, 1963, in Dallas, when President Kennedy was assassinated.

The first, longest programme, the hour long ‘Something Is Terribly Wrong’, was broadcast on the 40th anniversary, presented by Alan Thompson. It is a mixture of archive material from police radio recordings, KLIF Radio recordings about this event close to the time (a year later) and there is also the ‘emotion recollected in tranquillity’ of people looking back at the event, across time. And what really comes across is the shock, sadness and stupefaction and incomprehension that the event had happened.

The second 15 minute programme is the Letter From America that the legendary (even then)  Alistair Cooke delivered 2 days after the assassination, speaking his perception of a nation in shock, deep grief and disbelief. Right or wrong, there was a feeling that something different, something hopeful, something for positive change, had been snuffed out and randomly destroyed.

I found this a reflective and well constructed couple of recordings. No doubt, were the recording done today, there would have probably been a more intrusive desire by the presenter of the first programme to impose his edgy, interesting, powerful personality, to have intrusive over production. Alan Thompson is restrained, and trusts his material to contain what is interesting and fascinating, and his listeners’ intelligence to not need over emoting, to allow them to feel and think their own conclusions.

As for Cooke, what can one say. He was always a voice and a personality who invited the listener to reflect with him on what was arising.

One idea caught at me, from Thompson’s programme – the randomness, rather than the conspiracy of the Jack Ruby killing of Lee Harvey Oswald, at least according to eye-witness accounts. The killing of Oswald of course meant that the person who knew was no longer there to reveal what they knew.

However, the thought this documentary left me with, is our willingness and desire, often, to find conspiracy. Conspiracies there undoubtedly are, always have been, and no doubt always will be. But, we are a patterning animal, an animal which connects and narrates this and that. This happened, that happened, therefore this must have caused that. Sometimes this does cause that – and sometimes this happens, that happens, and the two do not connect. Is it harder to bear the random indifference of the universe, and easier to build a conspiracy, otherwise, the random snuffing out of a life, the recognition that

golden lads and lasses must, like chimney-sweepers, come to dust 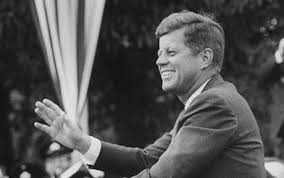