Hippocrates Spinning in his grave: Let Food Be Your Poison, and Poison Your Food

I had never heard of the Japanese/American/Canadian novelist Ruth Ozeki before delightedly coming across her Booker shortlisted novel A Tale for The Time Being. I am now working through her hardly even handful of earlier titles

The Japanese voice is that of Akiko, a woman suffering hugely in a culture which is part way its own history, but also being bent and bending itself, into American obsession. The second voice is Jane, a version of Ozeki herself, a Westernised independent woman of Japanese American birth, born in the USA, who nevertheless is ‘hybrid’ and therefore, whilst seeing herself as American, is viewed partly as outsider from both cultures, and indeed views both cultures from the outside.

Jane Tagaki-Little  is a documentary film maker. The Beef Industry, keen to spread its markets more globally, is producing a series of real-life documentaries which are designed to sell more meat, and persuade Japanese people to ‘cook more American’ exchanging a largely fish diet for one containing huge slabs of cow. The production company has to sell the product by selling the (artificial, air-brushed) corn-fed blonde view of the American family. The highlight of each programme in My American Wife involves cooking the slab of cow in some way,  for example  – in a tin of mushroom soup, rolled in dried powdered onion soup after marinating in Coca-Cola (not Pepsi-Cola)

The programmes are car-crash rubberneckingly awful, and hysterically funny – Oprah confessional style, all at once. So is poor Akiko, disturbingly frail and flawed, married to an awful husband (an executive for the company, Beef-Ex, trying to push and expand its markets) Akiko’s vision both acts as a commentary on her own society, and, as she is forced to give her opinion of the programmes, of the unreal-American-dream culture – ‘not authentic, not likeable’

Meanwhile Jane, who is warm about America, is warm about a very different sort of America, recognising the multicultural nature of the country, which, from the start, was patchwork and ethnically rich. The families she wants to celebrate are not the airbrushed ones, but those of eccentricity, individuality, complex ethnicity and authenticity.

And then she begins to run into the politics of the food industry. 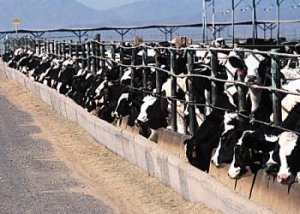 The fact that my favourite writer on the politics, and machinations of that unholy combination of the food, agribusiness and pharmaceuticals industry, Michael Pollan, ‘wowed’ Ozeki’s book will give an idea of its flavour. Ozeki, like Barbara Kingsolver, is a writer with environmental concerns, and there is a strong element of exposure of cynical derring-do, with profit being put before people, with the evidence of a corrupt industry or industries tampering with food, using banned drugs, long after they have been banned in one place, in another. As an example DES (diethylstilboestrol), banned in the chicken industry, neatly sideswept for another couple of decades into the beef industry, neatly sideswept improperly tested, as a maintainer of pregnancy world-wide to help women avoid miscarriage, until the inevitable side effects began to surface. Then re-marketed as a morning after pill to inhibit implantation of a fertilised ovum. 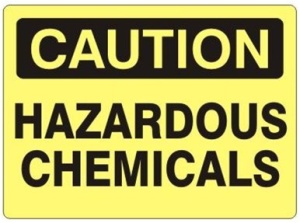 The politicisation of Jane in this area, and therefore her role as an educator on the science of all this, is not in any way difficult or gratuitous. Ozeki’s magnificent ability to give hard facts light touch sees the reader through without feeling overwhelmed. First and foremost Ozeki is after all a novelist. It is just she is a novelist ABOUT, a social, journalistic novelist if you like. And the social, political rationale for the novel has a fine pedigree – which we can trace from Victorian writers like Dickens and Trollope, exposing the seamy side of their society, to Upton Sinclair and well beyond. Upton Sinclair was a radical so called issue ‘muckraking journalist’ novelist, and Pulitzer prizewinner. His book about the lives of immigrant in the meatpacking industry, The Jungle, published in 1906 was exposing even THEN the seamy corruption of the food industry and capitalism as bedfellows.

Where Ozeki differs from these authors, is her gender, and her hybrid, therefore outsider viewpoint from any culture. If you are not interested in a book about the food and pharmaceuticals industry – read this as a fascinating, painful and funny book about feeling like an outsider, about changing cultures, cultures in collision, delivered playfully and with subtlety. Just be prepared, every now and again, for a hammer blow to set you reeling.

Ozeki IS a polemic writer, but she is not only a polemicist.

Brilliant. I will definitely now be buying Ozeki the second!

Meanwhile, for those who would like to find out more about DES the blog DES Daughter Network may be of sobering interest

2 thoughts on “Ruth Ozeki – My Year Of Meats”