Finally a short story collection which validates the genre itself

I have always found the short story – or rather, the collection of short stories, to be a problematic venture. To a fast reader, one story is not enough for a reading session; yet a well-written story demands a pause for absorption. This is why possibly its best placement is within a magazine, as a single. With a short story collection, if it is the collected works of several writers, the difference in voices, one to another, is a bit like eating a spoonful of steamed fish, followed by a Yorkie Bar, followed by a raw egg, and so on. Or like a collection of literary slaps in the face.

When it comes to a collection by the same author, unless they are highly skilful, the reader quickly masters and absorbs the writer’s literary tics and style, and starts each new story becoming surer and surer of what the author is doing and will do – a sense of déjà vu sets in, the sense of one story written again and again with marginal variation.

Rare is the author who masters this, who can work creatively WITH the form, again and again, but not be mastered, or stultified by it.

Preamble over – I do believe Aimee Bender IS that master. There is a deft, sure use of

precise writing, there are (very different) narrative journeys, the volte-faces are satisfying, the characters individual, Inevitably there are some stories which are close to perfect, others a little less satisfying – but, rare is the novelist without the occasional phrase, character, or event that doesn’t act like a sudden stumble, on the reader’s eye and ear.

I was particularly enchanted by the tight little story about a boy from a clearly dysfunctional family, Faces, a story for all the world like a recounting of a case from Oliver Sachs The Man Who Mistook His Wife for a Hat, with its beautiful sting in the tail ending. This was a tale which seemed, once the reader sees it, to be about reality. But Bender masters whimsy and fantasy beautifully, too.

Tiger Mending is a sweet and heart-string plucking story which could almost have come from one of Kipling’s Just So Stories – poor fraying tigers in need of help and repair, howling plaintively at their plight. Another story, The Red Ribbon, looks at the adult theme of sexual boredom within a marriage. In The Fake Nazi, is the contrast between those who deny responsibility for their crimes, and those who believe they are responsible for all crimes, even when they could not possibly have committed them – with a devious sting about the durability of our illusions about ourselves, for good or ill. Some fine psychological insights in this one. 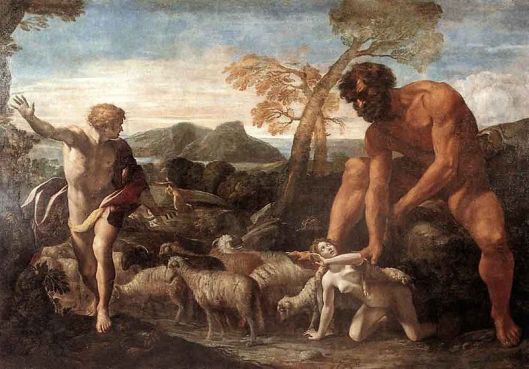 The stories are divided into three sections, with the last section mainly moving away from the realistic, to magical or myth realism, particularly with some longer stories retelling traditional fairy or folk tales, including the title story, The Color Master, and the final, particularly potent re-telling of the story of a woman who marries an ogre, The Ogre’s Wife. For this reader, Bender lays all her glittering skills out in that tale , for the reader’s delectation and delight – finely crafted writing, narrative with dark twists and turns, a simple fairy tale uncovering the chasms beneath, wonderfully casual, unlaboured humour, and finally some irreverent, surprising juxtaposition of physics, myth and humour for the ending and beginning of the universe. I particularly liked the arrangement of this, as an end story, flipping me back to the placement of the first story, Appleless, which, though about other things, by choosing to be based around a woman who won’t eat apples, but tastes of bread, inevitably suggests an untempted Eve, religious symbolisms about bread and Christianity, and a myth of the creation of humanity, which the last story closes, to begin again.

It is difficult to give an example of Bender’s wonderful sense of humour, which has almost a cosmic joke property, as it is simply the placement of a phrase, almost as an aside, within the context of the story, which amuses, but the following, from The Ogre’s Wife made me chortle whilst also going `ouch!’:

The ogre’s wife disliked firmly only one aspect of her husband: his interest in eating the children of humans. It could’ve been me! She told him once in bed while he twirled and twisted her hair over his fingers

And, from a more realistic story in Part 2, The Doctor and the Rabbi:

Although he had initiated the conversation, he found the word “God” offensive, the same way he disliked it when people spoke about remodelling their kitchens

There is a cake vision – read the book and find the story!

I’m grateful to fellow reviewer and blogger FictionFan who assured me The Color Master came with a `Lady Fancifull will absolutely love this’ label attached. She was so right! – here is her review of this wonderful book.