There never will be wars to end wars 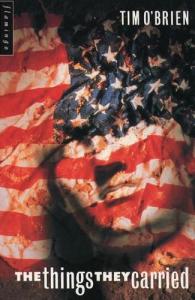 Tim O Brien, a Vietnam vet, has written a book of short stories about how a young man came into that war, various stories about himself and company members within the war, and what happened, to him, and to others, later – sometimes a whole generation later.

However, that is only one way of describing this book. Which is not only a superb anti-war piece, without polemic, but a kind of meditation on that – or any – war, its brutality, but also the nobility, not, absolutely not,  of war itself, or  of the abstractions with which the old marshall the young to make the ultimate sacrifice, but the nobility of what might have been. The nobility of the potential of those sacrificed lives had they not been sent to die and to kill. That potential was sacrificed whether the young came back to live and breathe amongst us, holding their damage, or whether parts of them were returned in body bags. 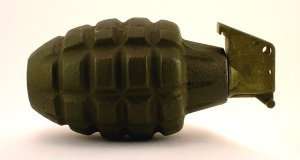 This is  a book profoundly against war. But above all, O Brien is a writer, so because the profound experience of that war is what has shaped him, this is the subject of his writing. He writes, as he tells us, a story, which is a distillation of the truth. But the story, which he tells us

‘What stories can do, I guess, is make things present’

This is a story of compassion towards the young men who were made to do things young men should not have to do. It is full of patchwork surprises. Certain horrific images become recycled, and looked at in different ways. Rather than linear progression, and not even in ‘peeling off the layers of an onion’ form, what O Brien does is to look from different angles, different viewpoints, to look immediately, to look through memory, to unpick images and put them together again in slightly changed context. It is a beautiful piece of revelation, but make no mistake, will never be able to be used by those who tell lies to young men about the nobility of what they are about to do.

‘A true war story is never moral. It does not instruct, nor encourage virtue,nor suggest morals of proper human behaviour, nor restrain men from doing the things men have always done. If a story seems moral, do not believe it.If at the end of a war story you feel uplifted, or if you feel that some small bit of rectitude has been salvaged from the larger waste, then you have been made the victim of a very old and terrible lie. There is no rectitude whatsoever. There is no virtue.’

There is absolutely no sentimentality within these pages, but there is beauty in the